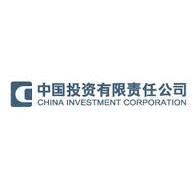 Mr. Guiping represents the newest in a panel of five new executive vice presidents at CIC, part of a new initiative to fortify its management. Founded in 2007, the CIC has seen its assets swell to over half a trillion dollars. The mega fund deals with a variety of investment services across several asset classes, also including dealing with risk management for clients.

Mr. Guiping joins CIC having previously served at the Agricultural Bank of China, the country’s fourth largest bank, where he oversaw retail banking operations. China has been the scene for large-scale growth in Forex recently, with many new European and US brokers now launching exposure to the CNH. Moreover, the volume of Chinese traders has certainly yielded an effect on the rest of proximal Asia, namely the antipodes, which has seen a flux towards Australia.