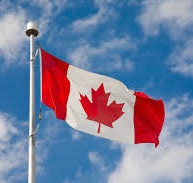 The Bitcoin Alliance of Canada’s (BAC) Executive Director, Anthony Di Iorio, has reportedly relinquished his role and resigned from the not-for-profit corporation’s board, snapping a two-year post.

Mr. Di Iorio assumed the role of Executive Director of the BAC in 2012 in a bid to help foster greater awareness and transparency for Bitcoins in Canada. While he will no longer be a member of the BAC board following the announcement, he will continue to help in an advisory level role.

Mr. Di Iorio’s move was instigated by a desire to spend more time with family, following a rigorous stint with the BAC that saw a number of key initiatives garnered for the Canadian Bitcoin industry.

On the heels of the move, the BAC board has also appointed Kyle Kemper as interim Executive Director – prior to this juncture, Mr. Kemper has served in a number of senior level roles at Bitcoin Strategy Group and CAVIRTEX.