Israeli forex industry veteran Ben Richter has left Cypriot broker EuropeFX, barely less than a year after joining the company as head of Australia. He has landed at ClickaCRM, a call center solutions provider, back in February 2019, his Linkedin profile shows.

Ben Richter steps into his new role following a lengthy career in the financial services arena. He had previously occupied various roles with FXCM Israel (FXCM Trading ltd) for over seven years, most latterly taking a senior position as the Vice President for Sales and Operations. Overall, he spent more than 11 years in the FX industry in multiple sales roles. 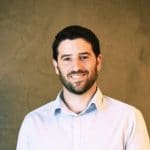 Ben Richter joined EuropeFX last year coming from trading technology provider Leverate, where he served for over two years as Head of Institutional Sales, according to information he shared on LinkedIn.

Prior to moving to Leverate, Richter worked at FXCM Israel where he originally started his FX career in 2008. Among the roles he took that were relevant to his next institutional sales positions was head of the Institutional FX desk for the Israeli brokerage from 2011 to 2014. Richter was then promoted to the position of VP Sales at FXCM Israel from the institutional desk following the transfer of Yossi Gafni to VP Sales & Operations at the binary options broker, Anyoption.

A crackdown on the industry

Fraud allegations in recent years have rocked the forex-related call centers in Israel which have been under a cloud for quite some time. Some regulators in Europe already reported having problems with trading fraud emanating from Israel. Also, a large portion of those serving the binary options industry engaged in deceptive practices, from lying about their names and locations to rigging the trading platforms or refusing to allow customers to withdraw their money.

Due to the mutual contract between Cyprus and Israel, the Middle East nation decided back in 2017 to close all the existing call-centers that support brokers under CySEC regulator. As such, many forex and binary options companies that started in Israel outsourced their call center, software development, marketing, and graphic design to other countries.

Share this article
Tags: executive moves
Got a news tip? Let Us Know