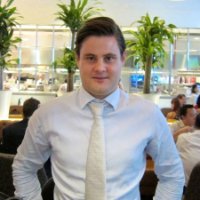 In his new role at Forex FS, Mr. Hosking will be tasked with expanding the firm’s Asian business, namely in such areas as China and Indonesia. In addition, he is slated to be an equity partner along with founder Rory Kennedy, the longtime flow trader who worked at Bank of America and UBS.

Mr. Hosking parted ways with ADS Securities back in April, having been based out of Singapore. He is highly proficient in eFX sales, with a strong background in the Asia-Pacific (APAC) region.