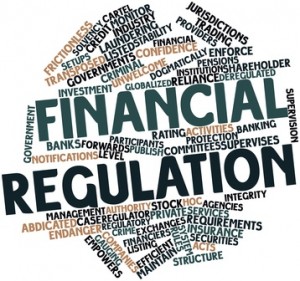 The U.S. Commodity Futures Trading Commission (CFTC) has announced that Gary Barnett, acting Director of the Division of Swap Dealer and Intermediary Oversight (DSIO) is parting ways with the regulator for the U.S. Securities and Exchange Commission (SEC).

Mr. Barnett is slated to join the SEC in January where he will assume a senior position – as a result of the void created by Mr. Barnett’s departure, current Deputy Director for DSIO’s Capital, Margin and Segregation Branch (CMS Branch) Tom Smith will step into the role of Interim Director for DSIO.

According to Chairman Massad of the CFTC in a recent statement on the departure, “I thank Gary for his dedicated service and counsel during my time at the Commission. While we are sorry to lose Gary, I look forward to continuing to work with him at the SEC.”

Mr. Barnett has been with the CFTC since August 2011, having headed the DSIO since its inception. During his tenure at the CFTC he served an integral role to the Dodd-Frank legislation that has redefined the US FX market.

“It has been an honor and a privilege to work with Chairman Massad, the Commissioners and the Commission staff during my time at the CFTC. I am extremely grateful for the opportunity I had to serve the Commission during a critical and challenging period, implementing Dodd-Frank and important enhancements to the futures regime. I also want to thank the talented and dedicated colleagues in DSIO for their extraordinary efforts,” added Mr. Barnett in an accompanying statement.