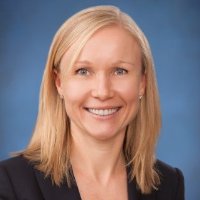 Goldman Sachs Group has tapped Nell Hutton to oversee its fixed-income and currency and commodity sales for the Australian and New Zealand region, part of a growing initiative to target growth in the antipodes, according to an internal memo at Goldman.

Goldman Sachs is a major player in a variety of asset classes, including fixed-income, bonds and Forex, where it is in the top 10 in terms of exchange traded volume on an institutional level. The banking giant appears to be making a targeted thrust towards more business in the antipodean region, on the heels of earlier comments this year that Australian fixed-income trading was the biggest growth area in the country.

Hutton to Head an Ascending Market

Mrs. Hutton has been a Goldman mainstay for over 15 years, serving previously as Managing Director since 2007 – she has garnered substantial experience across fixed-income, equities and other financial products. Furthermore, Mrs. Hutton will be reporting to Simon Rothery, CEO of Goldman Sachs, Australian operations, and also James Houghton, head of fixed-income, currency and commodities distribution for Asia-Pacific ex-Japan.

According to Mr. Rothery in an interview on the financial state of Australia earlier this year, “Australia’s stable AAA credit rating made the nation a haven and has encouraged inflows from sovereign-wealth funds. Goldman Sachs also saw opportunities to arrange debt offerings and capture more of the market for Kangaroo bonds, or Australian dollar-denominated securities sold by overseas borrowers.”