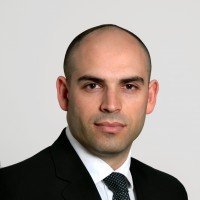 Longtime FX veteran and industry mainstay, Tal Zohar, has parted ways with FXCM Israel, ending a five-year stint with the company, a source has confirmed to Forex Magnates.

Mr. Zohar was appointed as the CEO of FXCM Israe, just a few months after the office was established in 2009. During the years the offices showed ongoing growth, and according to market rumors, servicing thousands of Israeli traders.

According to Mr. Zohar in an exclusive statement to Forex Magnates regarding the departure, “Working at FXCM Israel as CEO was a wonderful challenge. Despite the current market trends, I am proud that with our great team we succeeded to generate sustainable growth in revenues and profits and a steady increase in both the variety of services and the number of customers who enjoy these services. As this is the sixth year as CEO of FXCM Israel, it feels like the right time to continue to the next challenge. I wish to thank everyone for the support and trust that they had in me over the years. FXCM Israel and globally has a strong and skilled team and I am sure they can continue the success.”

The branch in Israel is considered one of FXCM’s  most successful offices – outperforming some of the larger regional offices and rated as one of the two largest FX brokers in Israel by Dun & Bradstreet for 2012 and 2013. In recent years, FXCM Israel under his leadership has procured a growing number of customers from additional countries, mainly from the Middle East and Europe and was involved in several other global projects of FXCM group.

Mr. Zohar is also opting to resign from his position as the Chairman of Israel’s Trading Arena Association, a lobby group representing the financial trading industry. He has been a staunch voice in the launching of new regulatory edicts in Israel that have threatened a broker exodus from the country. Mr. Zohar has been strategically placed at the center of the FX industry in Israel, having worked as the Chairman since 2010.

Mr. Zohar has held a number of roles in the country across academia and the financial industry. These include, among others, guest lecturer of Capital Markets at Israel’s College of Management for MBA and MA in Economics, Head of Public Services Improvement Advisory Board for the Prime Minister of Israel office, Chief Investment Officer at AvaTrade and Trading Room Manager at Saxo Bank.

“I have several offers on the table and will probably be able to update you in the near future – most of the offers are within our industry,” added Zohar.