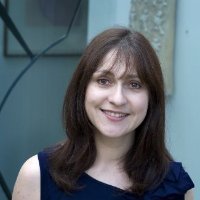 The role of media relations in any industry is tantamount to success, with the FX and financial industry being no exception. Wigwam PR’s Co-Founder and Director, Vanessa Green, reveals the potential of this force and its benefits of media relations to companies. Her full-length interview can be read below.

When Bill Gates famously said, “If I was down to my last dollar, I would spend it on PR,” he was referring to the power of media coverage to help build a brand as well as the cost effectiveness of PR as a marketing tool. He was also making the point that if you don’t tell anyone about your company news and about any new products or services, then how will clients and prospects know to buy and use them? How will your business make money?

1. How does a company promote itself in an effective manner?

In general, people need to see, read or hear about your message seven times before taking action. This really highlights the need to continually look to ways to promote your company. A one off story in the media or a single advert is generally not going to have a major impact.

For organisations seeking to raise their profile to an external audience, editorial is extremely powerful. It is said to be worth up to 8 times the cost of an advert for two main reasons.

Firstly, people are more likely to read editorial/news stories whereas they may skip over or ignore ads.

Secondly, they are more likely to take notice of what is said in an editorial – an editorial is news coverage which the journalist chooses to write about and therefore appears to be endorsed by another impartial source. An advertisement, as we all know, is what a company chooses to say about itself. Of course it will be positive but it will also be heavily biased and will not necessarily cover the depth of information, which can be included in editorials, such as a news story or feature.

2. What makes a good news story?

It’s worth noting that there is no guarantee of generating editorial coverage. You are not paying for the coverage to appear and, as already highlighted, it is up to the journalist to select what he/she wishes to write about.

However, journalists need access to interesting and relevant stories in order to keep their publication up to date. So what are the types of stories they are looking for? What type of information can you provide in a press release, which is likely to result in media coverage?

Information such as new client wins, senior appointments, and new products or services are likely to be of interest, as is corporate news, such as record volumes or proprietary industry research. In terms of volumes, you will need to provide as much information as possible, using actual figures as opposed to just focusing on percentage growth.

There are so many press releases issued to journalists which just aren’t considered to be news stories – they may be interesting as internal news or to tell your clients about but certainly don’t warrant media coverage. Information such as a new website, promotions or offers, office moves, appointments of non-senior personnel and award wins from other titles all fit into this category.

3. How does a company generate media coverage?

There is an art to writing a press release. Press releases should start with the news hook and then contain a paragraph about the benefit of the news (i.e. why is the new service being launched? What skills will the new director bring to the company?). They should always include a quote from the CEO or a senior member of the team. At the end, all press releases should include the company website and contact details so that the journalist can get in touch to gain additional information if required.

Press releases should only contain factual information and no embellishments. The journalist can then choose whether to publish the story as provided or to add their interpretation, using the facts. Quality photography is also key. Professional people, screen and product shots can really add to a story and draw the attention of the reader, who may not have the time to digest the entire article.

So how do you get the story covered? In my view, it’s always best to speak to the journalists of the key titles in which you are looking for the coverage. If you aren’t sure about whether your news warrants a press release, then speak to some journalists before drafting it to sound them out in terms of interest and timings. Always issue the press release to named journalists as opposed to general editorial emails – you are much more likely to get coverage and feedback that way.

Think about whether you want to issue the story to one title as an exclusive or whether you wish to issue the story to many media outlets at the same time. Do you want to post it on a newswire (which costs money) but tends to get broad coverage? Or do you want to limit the coverage just to the key titles read by your core target audience? It is often more impactful to focus on generating a steady stream of coverage in 2 or 3 key titles rather than a more scattergun approach.

With a steady flow of news stories and a regular media profile, you will certainly make more people aware of all the positive developments taking place in your organization.

Share this article
Tags: Social Media
Got a news tip? Let Us Know