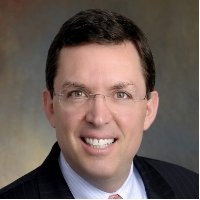 Forex Magnates spoke with GAIN Capital’s CEO, Glenn Stevens, for his in-depth perspective on the firm’s handling of the CHF volatility and the various risk management safeguards in place that ultimately prevented utter bedlam. His interview can be read in full below.

1. How would you describe the aftermath of the Swiss National Bank’s decision in a nutshell?

For us the event was not one of a very large negative impact, so we really did not have the financial impact that some of our peers did. I think the event will cause a lot of companies to totally change the way they are doing business. Whether or not some peers will survive in the long run, depends on who you are talking about.

For GAIN, a lot of work we had done 6-9 months prior to the Swiss franc debacle ultimately paid off in a positive fashion and now the important part is to say how this impacts the company moving forward. We laid out a roadmap going into 2015 for actions, products, etc. and all of these come into question now that the landscape has changed so much.

2. GAIN Capital was one of the first companies to increase margin requirements in CHF pairs, what prompted this decision? Does it have anything to do with exposure and retail traders going heavily short the CHF?

The first part of my answer will sound a little cliché, but its part of the backdrop and differentiation that aren’t obvious when first looking at the company. At first glance you cannot underscore the experience in the FX markets from myself and our risk head and the head of our institutional business as just three guys who have 90 years of experience in FX.

It’s unprecedented by the Swiss National Bank (SNB) by some of the impact it’s having, but the central bank’s snap impact on market participants is not unprecedented. It’s actually happened many times before – we saw it with the SNB in 2011 and with the BoJ in 2013.

Many of our peers do not have this time in FX, and come from different industries. Experience shows up when you need it, when you don’t need it, it sounds like marketing material and it sounds like “well that’s nice, but what does it mean.”

Last summer when we saw more and more customers put on these positions – one thing we did in a very accurate fashion was to blend risk management with our commercial policy. In other words, we don’t just chase the market and say our regulator says we can provide 1% to 2% leverage, we have been analyzing the situation in real time.

Taking the information we got into account we evaluate what it means to market policy or potential exposure. For example, when we look at the Scottish vote in the UK, very few companies thought they should put different policies in place. One only does this after looking at data and overlaying it in the context of the situation as personal experience dictates.

It doesn’t make it perfect, but it helps a broker with details about what should be done. We started to have these conversations last summer and more and more we started to consider the thought of, “this looks like a binary event that could end up tough.”

We did not predict the SNB would do this or expect it to happen like anyone else did. But we obviously took action and we had three levers: i.e. an initial margin, which we moved up to 5%, a maintenance margin which we kept high and a carrying cost.

Some other parties got very aggressive in terms of providing leverage and attractive rollover rates.

Keeping in mind that if the SNB never made this move someone might say that we left some revenue on the table, because we could have attracted more customers, unfortunately they do not always take risk management into consideration.

This does have an impact on customers and industry. Now we are in a situation where regulators are overreacting. To sum up, we actually did very little after the SNB announcement, but a lot in the 9 months prior to it.

3. The repercussions on the industry are quite likely to be substantial. What do you think that the industry can do to try and rectify this situation and avoid the seemingly inevitable backlash currently facing brokers?

The backlash happens to sell well in the press when it becomes sensationalized and the industry deals with hundreds of millions of losses. Unfortunately, the collapse of recent companies has been a very public event, and was sizable enough for people to take notice of the situation.

When you read Wall Street Journal or Bloomberg articles that FX is an unsuitable product for the mass market, this is so uneducated and uninformed. Only a few players lost the majority of their funds in many instances.

If people are speculating with such large amounts of money then they have plenty of disposable income to take in similar investments such as real estate, stocks, etc. There’s a disconnect that the media is not doing their homework even though the information is available.