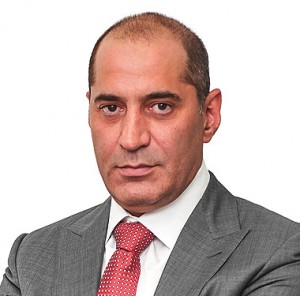 1. Could you provide a timeline of how the Swiss franc price action unfolded on what the industry now calls Black Thursday?

Ten seconds after that it tumbled harder and faster than any major pair in the history of FX. Due to the fact that most positions in the market were long, the artificial floor having represented an easy money trade for so long, a lot of people got burned when it moved the other way.

2. Where did client stop losses get executed?

As an agency broker all of our flow necessarily went to the banks. All of our clients’ stops were triggered and executed but due to the illiquidity the banks were experiencing they found it increasingly difficult to handle this flow. Our clients’ orders were all executed from 1.19 down to 1.

Despite the exceptionally difficult market conditions we managed to get our trades covered at an average price of 1.11. All this at a time when many other brokers were filling their clients at prices below 1.

3. What caused the big loss at FxPro, what could have been done better?

Our losses were of course entirely down to us being an agency broker. As to what could be done to avoid such events in the future; the big discussion in the wake of Black Thursday has centered on leverage, quite erroneously in my opinion. I personally don’t see this as a situation that could’ve been managed any better with lower gearing.

In future, if forced to choose between interfering in clients’ trades and hybridizing the order book (taking on some of the flow internally) I’d say that we would be more inclined to opt for the second option.

4. Looking at the book of the EUR/CHF on the positioning graph on FxPro’s website, there has been an overwhelmingly one-sided exposure. Do you think that using out of the money options could protect brokers from massive losses at a reasonable price?

Of course hindsight is always 20/20, isn’t it? I don’t believe it’s possible to ever be completely protected from such unforeseen events. I don’t see how out of the money options would have been of much use without having a rough time window on when the SNB was planning to remove the floor.

Those in the know could certainly have placed some ludicrously profitable Puts. For us it would have been a lucky bet, and we’re not in the business of bets, lucky or otherwise. We were hedged to a point, but as I say, there are no foolproof solutions when it comes to eliminating risk.

5. What could be the long-term implications of the Swiss franc debacle on the industry as a whole?

One of the implications may be that regulators start placing an undue amount of attention on leverage as a way of protecting clients. In my view this would be a mistake as it runs counter to the demands that traders themselves have made on the industry. They vote with their trading account balances and what they seem to be choosing is regulated brokers who offer high leverage but also protect them from negative balances.

I can’t stress enough that leverage was not the real issue here; even with 1:30 leverage the loss in the previous example would’ve been 27,000,000 rather than 29. Not to mention the fact that even though we do offer high leverage ratios to our clients, this in no way means that the majority of EUR/CHF positions were utilizing maximum leverage, they simply were not.

One thing I would personally like to see is for regulators to start looking a little closer at the way market makers execute orders, especially during such volatile conditions. According to our calculations there was more than enough time for them to fill their clients’ stops at or around 1.18, which means that a significant amount of unnecessary negative slippage was passed on.

If the move had gone the other way would they have passed on the positive slippage? Or would they have just filled orders at the declared price? I think we all know the answer to that question.

Finally, and perhaps most importantly, the events of January 15 have shown us that 100% agency model brokers are exceptionally vulnerable in certain market conditions. The move to agency execution was predominantly an attempt to create unimpeachable business models where solidarity with the end client is a given.

On Black Thursday the market exacted a huge toll for this luxury. As a result I think some sort of hybrid arrangement, where we can continue to guarantee no conflicts of interest while also mitigating the impact of such outlier events, is ideal.

Share this article
Tags: fxpro
Got a news tip? Let Us Know