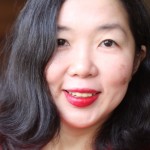 Phillip Futures Inc. has recently gained authorization to offer OTC FX – Forex Magnates spoke to the firm’s CEO to find out the dynamics behind the surprise move that is expected to create shockwaves in the dying US retail FX market.

Retail FX trading has been a thing of the past in the world’s largest economy, as regulatory changes post-2009 OTC derivatives reforms were set to bury the once thriving industry. However, adding light to the tunnel is one of Asia’s giants in the world of financial services, Singapore headquartered, Phillip Capital (Phillip), has extended its global footprint across three continents, in a bid to compete on the highest level across the globe. The group established its US entity in 2010 as it marked its way into the competitive exchange-traded arena of futures and options. After firmly setting its feet, the firm has recently reported that it was enhancing its product portfolio to offer margin FX.

The news comes as a surprise for market participants as only gloom and misery have come out of the US, with broker after broker exiting the market, the financial watchdog punishing FX related fraud and client numbers declining. Phillip USA’s move has major significance as it shows that changes deployed on the back of the Dodd-Frank Act have altered the trading landscape, however it shows that despite the new rulings causing a rift there could be possibility of growth and opportunity in the retail FX market.

Forex Magnates caught up with Lynette Lim, CEO of Phillip Futures Inc (USA firm), as she describes the firm’s successful four-year journey conquering the US futures market, and now expanding into the liquid spot FX sector.

Ms. Lim joined the firm over two decades ago, in 1995, as an IT Analyst (according to her Linkedin profile), after a span of five years she left Phillip in the year 2000 and joined CyberQuote until 2005, after this she was involved in setting up an e-commerce business, later returning to Phillip as Business Development Director in 2008 and was later promoted to CEO of the firm’s US regulated brokerage in 2010.

Let’s start with the golden question, why retail FX in the United States when everyone else has pulled the plug on the region?

The declining number of FDMs in the U.S. Forex markets presents an opportunity for us to gain market share and to build a strong foundation. The heightened capital requirements and strict regulatory requirements are making it harder for companies to do business. Many of the participants have been heavily fined by the regulators and some have been forced out. As Phillip is already an FCM here, there are synergies in infrastructure and client base. To build a long-term sustainable business in the U.S. we believe we must widen our scope of asset classes and offering Forex is a natural progression.

That’s understandable, but the US market is one of the most established dating back to the pre-millennial period, how does a new firm, with no history, tackle a fragmented and mature market, what’s your strategy, how do you foresee the first 12 months?

We want to build a critical mass of customer accounts, give customers responsive and respectful support, provide a stable and uninterrupted trading experience, and ensure that we maintain our 100% clean record with the regulators. With those fundamentals achieved we will want to expand products offerings (i.e. spot metals) and build innovative trading tools.

It’s interesting that you mention innovative trading tools, in your press release you stated that you will be quoting certain emerging market currency pairs from Asia, why is this, what are you trying to achieve here?

Since exotic currencies are not commonly quoted in the US, we see this as an opportunity to stand out. As of April 2014, there were 11 firms offering retail Forex of which only 5 held futures assets, PFI will be the 6th Forex firm holding futures assets. Furthermore, the PhillipCapital Group has direct clearing memberships with 18 futures exchanges in Asia (26 exchanges globally), so we see ourselves as experts in the Asian markets.