“I have rules in place to protect myself from myself.”

What You Can Learn about Trading from Pop Stars: Comping. That’s the practice of recording a track over and over in the studio. And then your nund engineer stitches together the song, cherry-picking the best vocals – even the best syllables. And then putting it back together as a song.

[NOTE: As a trader, consider that you can’t get “trading perfect” on the first take, or the first trade. Consider build a trading position out of many small trades, built on top of each other, to create something beautiful. Whoops, I mean profitable.]

The “Candlesticks Man” Says No to Stocks. Steve Nison, my old friend who brought Candlesticks to the West, says that multiple bearish engulfing patterns on the S&P 500 show too much uncertainty in the market right now. The guy is a celebrity in the world of trading educators. He’s so hyper focused on Candlesticks, that I just think of him as one giant hammoji. (That’s the result when a “hammer” candle does the boom-boom with a “doji” candle).

Your Odds of Investing Success Go up When You Focus. It’s the old Warren Buffett “20-Slot” Rule. By doing less, and doing it better, you make more money. I think it’s a great way to reduce overtrading. You could give yourself a certain number of trades per week, or month, or year. Or in your entire life. Although that sounds kind of dumb.

Mark Zuckerberg Wrote a Letter to a Baby. In the letter to his newborn daughter, Zuck spends 99% of the words talking to a baby about how he and mommy are going to fight for a better world. This is apparently a giant ruse to distract the child (who, by the way, is a baby and does not know how to read) from the last paragraph, where Zuck drops this bomb: He and mom are giving 99% of their wealth away to charity. Haha, sucker!

[NOTE: I realize it’s not dumb to give away your fortune. But on the other hand, it’s stupid to write a letter to your baby and then publish it to the world. Just write the damn letter to the world and show a copy to your son when he’s 16 and asks for a car. “We gave your money to a museum, buy your own damn car.”]

And last of all …

Your Creativity Spikes When Your Productivity Falls. I think I already knew that, but it’s still interesting. 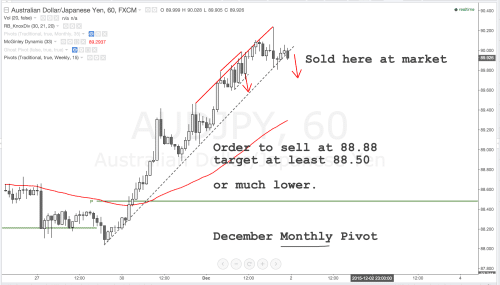 Wednesday Brief: 5 Things Traders Need to Know Today
Jeffery Patterson manages the Executives portal for Finance Magnates. He debut in the Forex industry in 2011 was at FXStreet, having previously worked in academia across number of econometric studies, and HIV research.Jeff is keeping his ears close to the ground in everything related to the executive segment of the trading industry. From executive moves to joining our select choice of Executives, feel free to reach out to Jeff and exchange ideas, which most probably will be translated into interviews...
wpDiscuz