You already knew Greece was in trouble, and by now you are probably just as tired as I am of hearing about the drama. Here’s the summary: If you have been living underneath a drachma, it’s that Greek’s new leftist government is under pressure to stop paying on its IMF (and other) loans.

(By the way, Japan is the only nation with a higher Debt to GDP ratio – something in the neighborhood of 250% – but for some reason, no one cares about that)

How do we trade this potential crisis?

First, let’s make the assumption that Greece is weighing down the Eurozone. Second, let’s make the assumption that as bad as the US Economy may seem to “television economists” (as brilliant as they are, ahem), it’s still doing better than the Eurozone. With the exception of Mississippi. Mississippi is doing pretty badly. (http://www.bls.gov/eag/eag.ms.htm)

Third, let’s set some levels at which we’ve seen previous support or resistance on a major currency pair, like the EUR/USD. 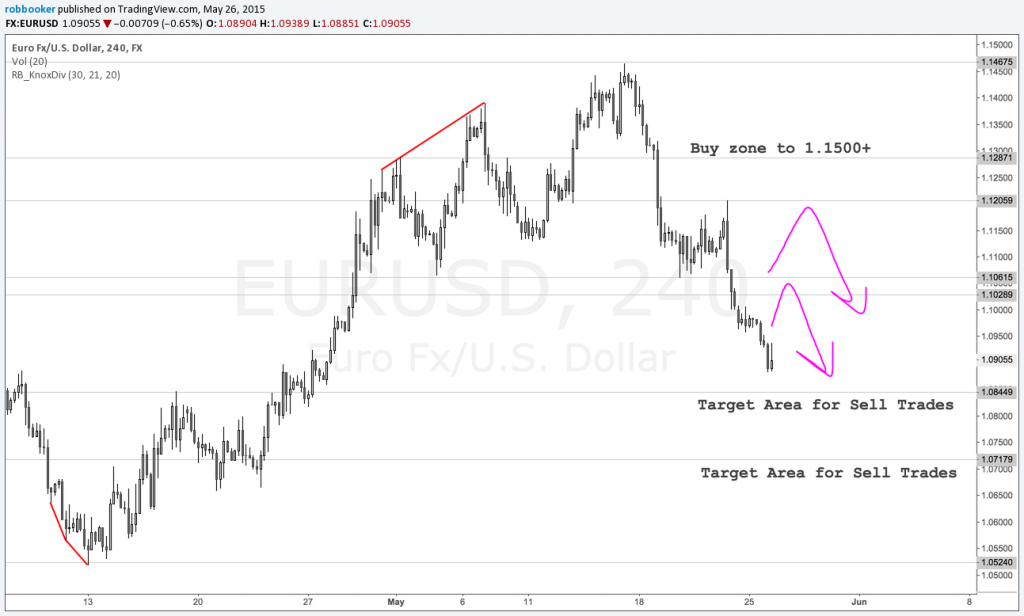 1.0600 and 1.1200 appear to be levels at which the EUR/USD pivoted, or turned around, in the past. These are simple support and resistance levels. They are great areas for taking a trade. I’ve actually placed sell trades at these levels, in case delusional traders bid up the pair on good news out of Europe.

If the EUR/USD never rises to these levels, then I won’t have a trade, but then again, I don’t want to just trade at random prices. So I’ll wait and watch. On a $400k account, these are 5 mini lot trades each with very large profit targets.

Disclaimer: This is not a trade recommendation, and you should not trade with money you can’t afford to lose. Most traders are drunken monkeys and degenerate gamblers and lose their entire accounts through the magical curse of leverage.

Share this article
Tags: greece / trading
Got a news tip? Let Us Know

Trading the Greek Stuff
Jeffery Patterson manages the Executives portal for Finance Magnates. He debut in the Forex industry in 2011 was at FXStreet, having previously worked in academia across number of econometric studies, and HIV research.Jeff is keeping his ears close to the ground in everything related to the executive segment of the trading industry. From executive moves to joining our select choice of Executives, feel free to reach out to Jeff and exchange ideas, which most probably will be translated into interviews...
wpDiscuz