Paypal’s impact on Bitcoin is great for buzz, but unfortunately it doesn’t add value. In September 2014, PayPal enabled bitcoin transactions for merchants selling digital goods. When traditional payment processors like PayPal start to accept bitcoin, it helps to legitimize bitcoin as a means of payment and brings attention to the digital currency.

As PayPal is one of the world’s largest online payment systems, its integration with Bitcoin helps to accelerate the increase in awareness and rate of adoption for e-commerce significantly, especially when it opens the integration to more mainstream merchants. 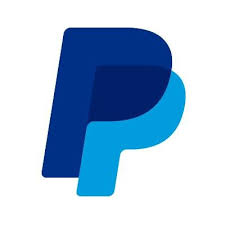 However, there are some notable differences for merchants between integrating with Paypal vs. taking bitcoin payments directly. With PayPal’s current models, PayPal requires its merchants to have bank accounts, and all payments are routed through PayPal who keep a chunk as fees.

Using bitcoin, merchants can receive payment directly from anyone, anywhere without intermediary fees. PayPal plays an intermediary role in online transactions and is simply one of the ways to enable merchants to accept payments in bitcoin. Bitcoin’s “edge” is dulled through Paypal, as you inherit all the problems of the legacy payment rails that Bitcoin will disrupt.

itBit Exchange
www.itbit.com
Antony runs Business Development at itBit, a Virtual Currencies (Bitcoin) Exchange based in Singapore. He brings to Bitcoin ten years of experience from the City. His previous roles at leading investment banks include market-making in FX as a G10 spot trader in London for Barclays Capital, and building FX trading software at Credit Suisse for the Sales and Trading functions. Before that Antony was a business strategy consultant at OC&C Strategy Consultants. Antony received his BA and MA in Natural Sciences from Cambridge University (Gonville & Caius College).
wpDiscuz