MtGox issued an update today that bitcoin withdrawals are expected to begin to be processed soon, and they will provide an update on Thursday. The news follows their announcement on Saturday that they were implementing a solution that would help them identify transactions correction, to limit issues due to transaction malleability. However, even after providing an update, prices of Bitcoins on MtGox remain severely depressed versus other exchanges, currently trading at $350 versus $630 on BTC-e. (More on the Update from MtGox)

Due to the ongoing withdrawal issues at MtGox, it has caused customers to become aggressive sellers of bitcoins, as they have been rotating their funds from the digital currency to fiat. As a result, premiums of $200, that MtGox customers were willing to pay for bitcoins versus other exchanges as recently as last month, have disappeared. This led to a discount spread which reached $350 this morning as bitcoin prices hit a low of $220 while trading at $570 at BTC-e.

Due to the deviation of prices with global exchanges, it has led to complaints from customers at forex brokers trading bitcoins with CFDs using feeds from MtGox. First to react was eToro, which changed its MtGox pricing feed to that of Bitstamp last week. Also changing pricing for its CFDs was Plus500. As of yesterday, they launched a new CFD based on prices from BTC-e, which uses a daily expiry. This product will replace an existing monthly CFD that tracked prices of MtGox. The MtGox CFD is no longer available for new trades from Plus500, with open positions on ‘close only’ status. The changes from Plus500 mark at least the third time they have tweaked their Bitcoin trading conditions, and illustrate the difficulty in offering synthetic trading of digital currencies. (More on Plus500 and eToro)

Among other retail forex brokers offering trading in bitcoins, FXOpen is the newest firm to join the ranks.Unlike other brokers that offer the synthetic versions of the digital currency via CFDs, according to FXOpen, they will be providing customers trading in actual bitcoins, via an existing relationship they have with BTC-e. The expected retail offering was first reported on Forex Magnates earlier this month when the broker first spoke publicly about its new Liquidity Provider division, which in addition to providing institutional customers connection to their FX ECN, is offering brokers liquidity to bitcoins, litecoins, peercoin, and namecoin trading. (More on the new launch) 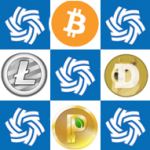 Elsewhere, interest in dogecoins continues to be strong as per volumes traded at exchanges. Among larger exchanges, dogecoin is the most heavily traded alt-coin on Cryptsy, with volumes of DOGE/BTC dwarfing the next largest digital currency pair by nearly 10X. As a result of the interest in dogecoin, Cryptsy has recently updated its digital wallet to handle the larger transaction volumes. In addition to Cryptsy, Canadian Vault of Satoshi (VoS) continues to report that dogecoin volumes are second to only bitcoins. VoS itself has also announced new features such as a’ la carte pricing and charts. (More on VoS)

Share this article
Tags: bitcoin / etoro / mtgox / plus500
Got a news tip? Let Us Know

So how does daily expiry work? Is it similar to forex in that overnight positions will have a swap fee attached? Can automatic rollover be enabled, and perhaps a cost of commissions can be attached?

There are no swaps. Commission is deduct round turn when you open a trade ( due to MT4 limitations). You can short or long at any time for available liquidity(Level II 250 best BID and ASK prices).