It can be said that 2013 was the year that bitcoin caught the eye of regulators, and 2014 will be the year they begin to act. This is definitely appearing to be the case early on in the new year, as last week was filled with government related headlines regarding bitcoins. In the US, a Congressional report titled “Bitcoin: Questions, Answers, and Analysis of Legal Issues” was published on December 20th, 2013, but only became publicized last week. The report took a look at some of the implications bitcoin adoption could have on the US dollar (more on the report).

Elsewhere, after stating last year that the Monetary Authority of Singapore (MAS) was taking a hands off approach from regulating bitcoins, the country’s tax authority has published a set of guidelines for taxing bitcoin related business and investment gains (read more here).

Also occurring last week were reports that Taiwan was banning bitcoin ATMs from being launched in the country. The ban was based on Taiwan’s Financial Supervisory Commission (FSC) deeming bitcoin not to be considered legal currency (more on this). 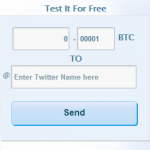 For those wanting to acquire some bitcoins, PikaPay, the PayPal of bitcoins is offering new users 0.00001 BTC. While not a large sum, it gets you in the game and you can always transfer them to Cryptsy where 0.00001 will be able to get you a few hundred dogecoins (more on PikaPay).

The idea of a bitcoin bank, where users can make secure deposits and collect interest has been a topic of discussion. However, the greatest inhibitor is security as deposits at major bitcoin exchanges and wallets don’t provide customer insurance in the event of theft. This point was a main point of criticism towards the Winklevoss’ twins proposal to create a bitcoin ETF. Potentially solving this problem, UK startup, Elliptic (formerly BitPrice) has launched Vault, a Lloyd’s of London insured hosted wallet (more on bitcoin insurance)

Last but not least, Overstock.com has launched the ability to pay for goods on their site using bitcoins. Partnering with Coinbase, the company has experienced quick adoption for the payment solution  Using a viral social campaign for buyers to post their purchase, the eCommerce site is gaining a new group of customers for its goods (more about Overstock.com).

Share this article
Tags: bitcoin / singapore
Got a news tip? Let Us Know