According to a local source, the State Bank of Vietnam has announced that from 1 January 2018, “the act of issuing, supplying and using illegal means of payment (including bitcoin and other similar virtual currencies) may be subject to prosecution.” Those providing “unlawful means of payment” (cryptocurrency) may also be subject to a minimum fine of 150 million dong (roughly US$6,600).

No specific reason was given for the ban. However, the ban comes on the heels of several other Asian countries deciding to crack down on crypto. The reason that many countries give for placing bans on Bitcoin is the coin’s past associations with criminal activity. However, banning Bitcoin may just bump criminal users into other, more anonymous coins, such as Monero.

In Context: Is Vietnam “Another Brick in the Wall”?

The price of Bitcoin has gone on a rather wild ride over the last several months. Before early September, Bitcoin’s valuation had been steadily rising–that is, until China announced a sweeping ban on ICOs. That announcement was followed by a series of additional bans that (eventually) forced all domestic Chinese cryptocurrency exchanges to shut down operations.

The legal drama in China had a striking effect on the price of Bitcoin, largely because China was the country with the highest Bitcoin trading volume in the world at the time of the bans. In the wake of China’s new legislation, Bitcoin fell temporarily from nearly US$5000 to roughly $3300.

Shortly after the Chinese regulations had been put into effect, South Korea announced that it, too, would be banning ICOs. In mid-October, the Russian government announced plans to begin blocking access to Bitcoin exchanges. 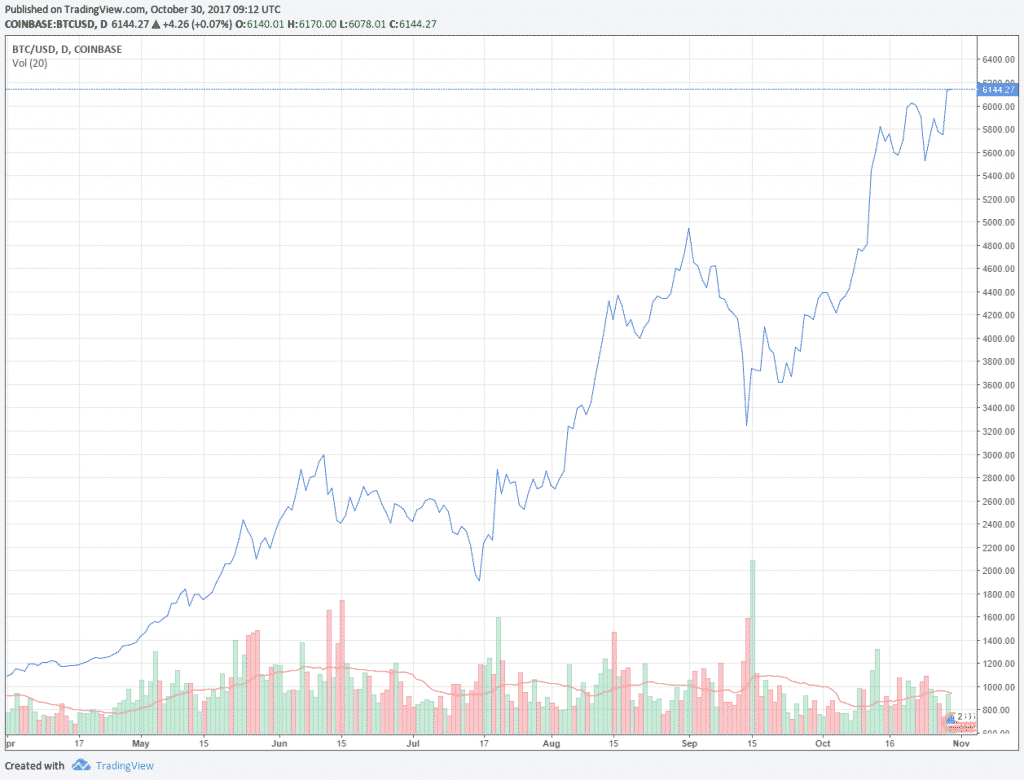 Interestingly, the ban placed on ICOs in South Korea and the announced restrictions in Russia have had seemingly very little effect on the price of Bitcoin. Perhaps things will turn more serious in South Korea if and when the government decides to set its regulatory sights directly on Bitcoin; Russia’s Bitcoin trading volume is so small that a Russian Bitcoin ban would not mean much for the global market.

Because the BTC trading volume in Vietnam is also relatively small, it is unlikely that we will see any major fluctuations in Bitcoin’s price as a result of this news. In fact, the bullish run that has been taking place over the last several weeks is likely to continue without interruption.

Crypto Regulations, Bans May Be a Good Thing in the Long Run

Although some governments are taking a strong negative position on Bitcoin and cryptocurrency in general, ‘healthy’ regulations have proven to be a good thing for cryptocurrency adoption and valuation in the long-term.

The most famous example of this is Japan’s Virtual Currency Act, which was passed in April of this year. The act placed regulations on the trading of cryptocurrency; in doing so, however, it legitimized Bitcoin and Ethereum as legal means of payment (they had previously existed in a legal grey zone). Many analysts credit the Act with the crypto boom that happened in the following months.

Although this latest ban may just be another in a series of crackdowns, it’s reasonable to expect that Bitcoin will continue its bullish trend.