Jack Dorsey, chief executive officer and co-founder of Twitter, showed off the platform’s newest feature in a tweet of his own on Sunday. Now, when users write a hashtag alongside the word “Bitcoin” or the letters “BTC,” a Bitcoin emoji appears next to it. This is demonstrated in Dorsey’s Twitter bio, which contains nothing but the hashtag and the symbol:

Dorsey also tagged Unicode, the consortium that manages character standards, in his tweet in what seems to be an effort to suggest that it does the same thing.

Naturally, the introduction of the Bitcoin emoji has caused quite a bit of excitement on crypto Twitter. A number of high-profile Crypto Twitterites tweeted to test the new feature, including Changpeng Zhao, the chief executive officer of cryptocurrency exchange Binance. The official Twitter account associated with Binance also urged users to Tweet with the hashtag to make it start trending.

A number of other Crypto Twitterites, including the Lightning Network’s Elizabeth Stark, TRON chief executive Justin Sun, and the Twitter account associated with Square Crypto–the cryptocurrency arm of the payments platform that Dorsey also happens to be the co-founder and CEO of–joined in on the fun as well.

However, despite the efforts from Bitcoin hashtaggers, the term was not trending on Twitter at press time, although according to data from BitInfoCharts, there was a spike in Bitcoin hashtag usage on February 2. The brief increase in #Bitcoin usage could have contributed to a sudden spike of BTC up beyond $9,500 around 02:00 GMT on February 3. At press time, the price of Bitcoin was roughly $9,400. 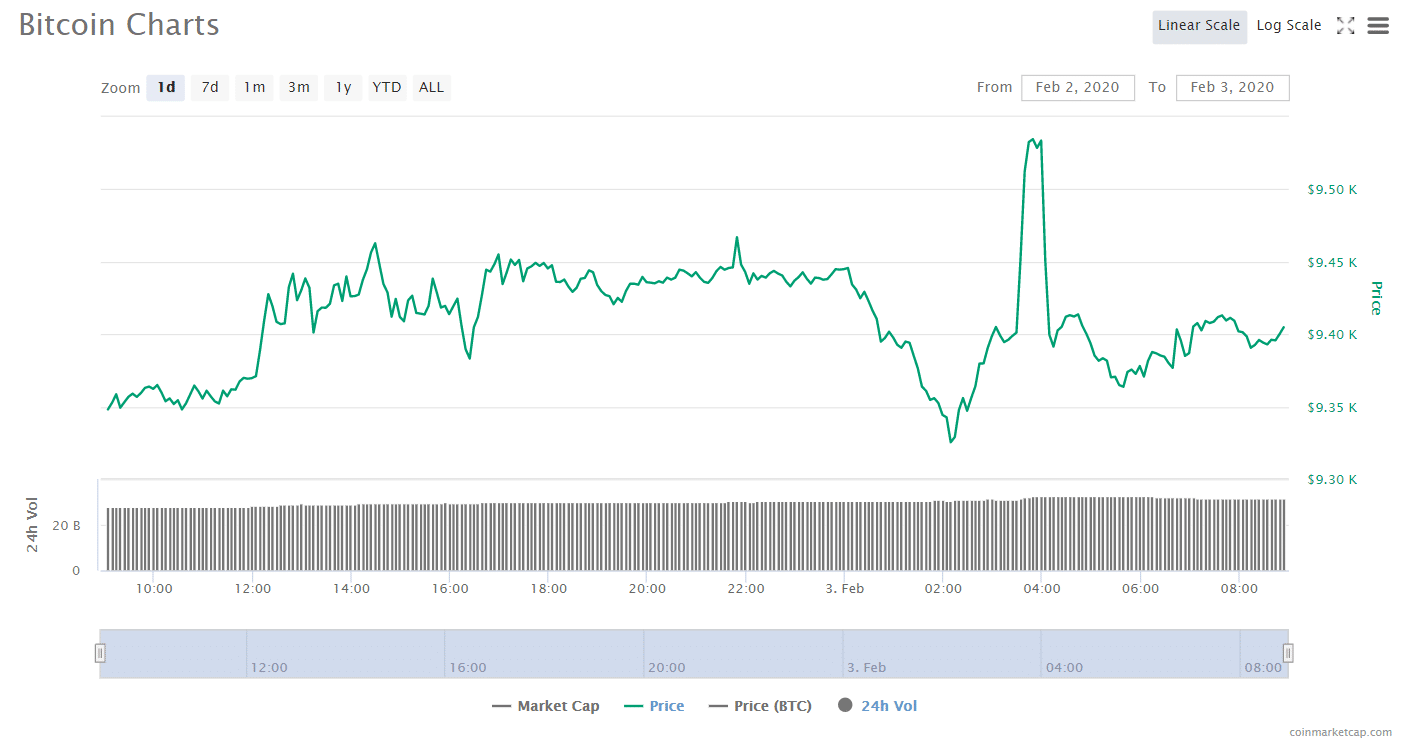 The Bitcoin emoji seems to have been initially requested in October by renowned Crypto Twitterite Anthony Pompliano, co-founder and partner at Morgan Creek Digital.

Retweet if you think @jack and team should make it happen!

The addition of the Bitcoin emoji to Twitter is perhaps the latest (and most playful) example of Jack Dorsey’s support for cryptocurrency.

In March of last year, Dorsey announced in a series of Tweets that Square would be hiring Bitcoin developers to make contributions to the greater Bitcoin and cryptocurrency ecosystem.

Are you currently contributing to bitcoin-core or other crypto ecosystem projects for free in your off-time? We’d like to pay you to do it full-time. If interested, DM @SqCrypto, and follow for updates on our progress. Thank you!

Then, in December, Dorsey announced that Twitter would be funding a team dedicated to developing a decentralized standard for social media.

Just last week, a representative of Square wrote in a blog post that “it’s only a matter of time until instant, low-fee bitcoin payments are as common as cash used to be.”