Nickolas Steele, who manages a Facebook page called CryptoFacts, was ordered today to ‘case and desist’ on charges that he defrauded people by soliciting investments in a phony cryptocurrecy scheme, Texas Securities Commissioner announced.

According to a non-‎appealable cease and desist order, Steele, who also goes by Nick Vop Steele and Nick Steele, is advertising on the craigslist.org site, seeking investments of between $5,000 and $50,000. He pooled money from investors through a business account at PayPal held by a company called Nuvop Inc., which Steele controls.

His most recent craigslist ad claims he earned “huge profits” on bitcoin trades in February and March 2020.

The Illinois resident charges 20% of the “trade consulting profits” as a fee and promises to pay investors at the end of a 12-month lock period. 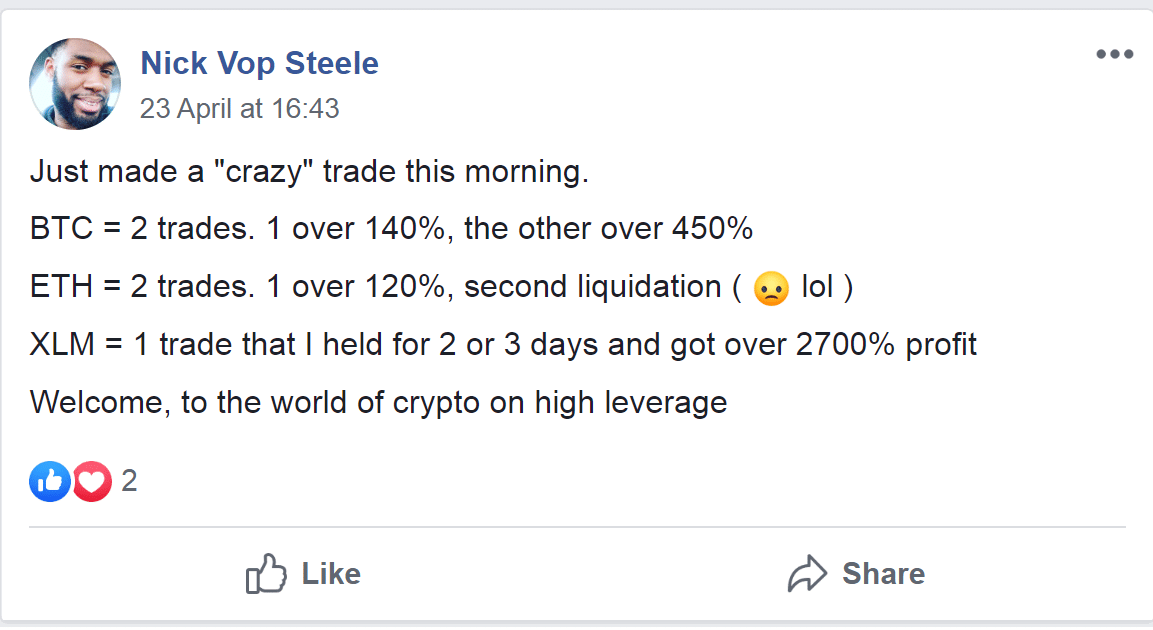 Throughout the write-up, the state of Texas lists a number of details, but it ‎seems that the main issue that the authority has with Steele’s business ‎is that he falsely touts his cryptocurrency trading prowess, causing losses for clients.

These claims carry the hallmarks of investment fraud. He also claims to have been in business for a while, but some investigative work suggests that he been around less than one year.

Texas’ watchdog is one of the most active state regulators in the crypto arena, joining federal authorities in going after businesses trying to avoid proper registrations.

An annual report by the Texas State Securities Board shows how cryptocurrency activities, which did not merit a mention a few years ago, were among the watchdog’s top priorities in 2019. Crypto-related scams have even surpassed those involving traditional asset classes such as stocks, futures, etc.

The TSSB was apparently focused in particular on the ICOs campaigns, which involve the sale of digital tokens related to blockchain projects. This was highlighted by the agency’s flagship case against BitConnect, a folded ICO project that has been accused of scamming millions out of investors.

The TSSB also notes that while many of its probes have turned on fraud, it is also pursuing cases to ensure compliance with the registration requirements of the federal securities laws.

The last few weeks have not been good for crypto fraudsters as the value of digital assets has steadily dropped. The latest change in correlation has come amid a health crisis triggered by the coronavirus pandemic.

Data from blockchain analytics firm Chainalysis shows that cryptocurrency scammers have made revenues less than ever since early March. The total daily value sent to cryptocurrency scams dropped 61 percent between March 13 and March 31, though it has recovered mildly in early April.

Share this article
Tags: Crypto news
Got a news tip? Let Us Know

Do you take action against investment scams? Matt McCall and Stefanie Kammerman are running an expensive one ($2000) called Dark Pool Trader as one of many services for investorplace.com. They are promoting it based on Stefanie’s claimed 90+% success record. They are using that record to sell a new option service that, when you dig deeper, has nothing to do with her record. Her supposed record (she never shows her actual brokerage statements, only twitter feeds and portfolio web sites with fudged entry and exit prices) is based on day trades and overnight swing trades with minuscule gains. Those are… Read more »