The Kimchi Premium refers to the extra charge that South Korean BTC traders must pay for Bitcoin during periods of high-volume trading in South Korea. During these periods, limited liquidity of BTC in the nation has caused the price of BTC to be anywhere from 5 to 30 percent higher than in the rest of the world.

“Currently, there are small price gaps in cryptocurrency between local and international markets,” Kim said in an official statement by the FSC. The statement also showed that the premium stood at just 0.6 percent on June 19 compared to 46.7 percent on January 7.

The Kimchi Premium Ebbs and Flows with Market Trends

Reports that the Kimchi premium had all but vanished originally appeared in March of this year. Bitcoin was on a path of serious decline following rumors that the South Korean government was developing plans to ban domestic cryptocurrency exchanges; valuation had fallen from a global average of roughly $20,000 in December to roughly $9,000 by the end of January and hit lows of around $6,200 in mid-February.

At the time, a CoinDesk report entitled “Bitcoin’s ‘Kimchi Premium’ Has All But Evaporated” said that “the spread – sometimes as high as 50 percent – briefly even turned negative in early February, meaning the Korean prices traded at a discount to prices on Western exchanges.” Bloomberg published a similar report saying that the Kimchi premium had been ‘gobbled up.’

Things continued on this trend for a while. The South Korean price of BTC was reported at the same level or even lower than prices from Western sources.

The South Korean premium will undoubtedly continue to ebb and flow with the global Bitcoin markets, which appear to be in recovery after hitting a low of ~$5,800 earlier this week. 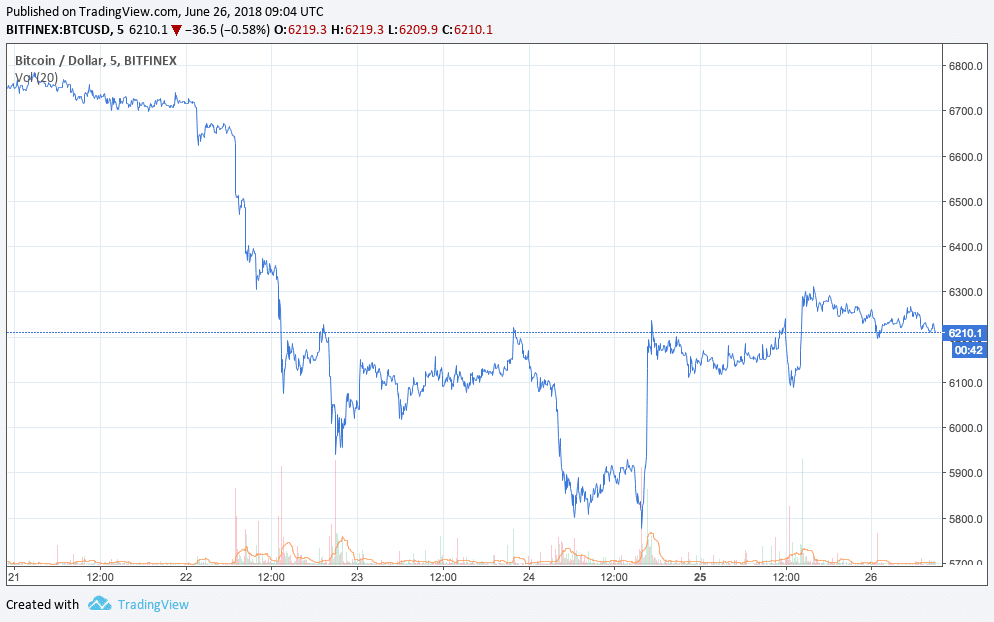