Ripple would really like to be listed on Gemini and Coinbase, two major US cryptocurrency exchanges, and is willing to pay for the privilege according to a report in Bloomberg.

Ripple is a blockchain-based payment system whose success in being accepted by mainstream financial institutions has led to its cryptocurrency, XRP, becoming the third most valuable of all. It has a market capitalisation of $19.5 billion according to coinmarketcap.com.

Gemini is a cryptocurrency exchange owned by twins Cameron and Tyler Winklevoss. It offers Bitcoin and Ethereum trading and registers around $70 million in daily volumes.

The power of rumours

In January of this year, rumours that XRP was going to appear on GDAX caused the price of the cryptocurrency to jump. It was big news because it came at a time when GDAX was experiencing a surge of new users following the groundbreaking adoption of Bitcoin futures trading on the two biggest traditional financial exchanges in the US – at one point it claimed 100,000 new users per day.

After the exchanged nixed the rumours, the price of Ripple dropped from $148 billion to $126 billion.

Specifically, the futures were listed on CME Group via GDAX, and on CBOE via Gemini.

To understand why Ripple wants to be listed on the exchanges, take a look at what happened to the price of Bitcoin Cash after GDAX accepted it in December 2017: 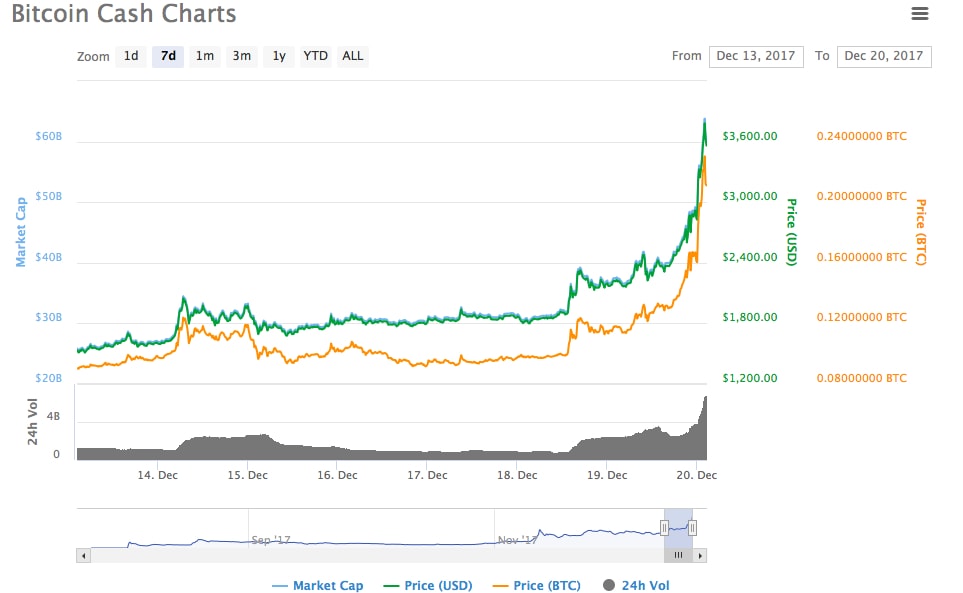 In the following chart, the rise and fall of the price of Ripple around the time of the aforementioned rumours and their debunking is dramatic: 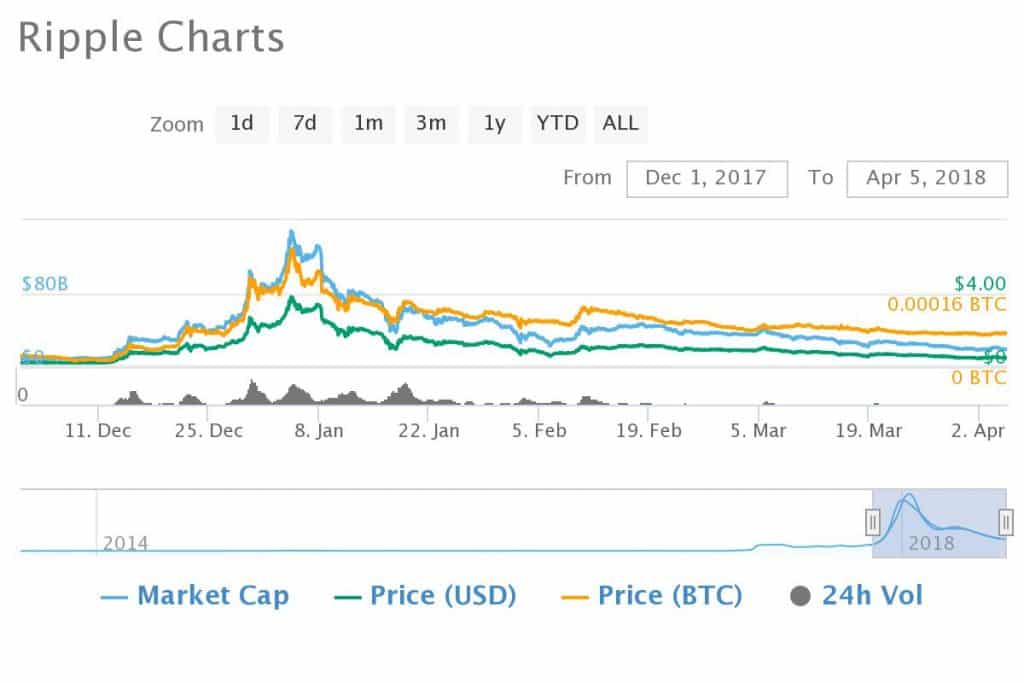 Paying to join the club

Anonymous sources told Bloomberg that last year, Ripple offered a cash payment of $1 million to Gemini and to “lend” more than $100 million in XRP tokens to Coinbase in return for listing. The offers were declined. Bloomberg reports that a Ripple spokeswoman said that this was “inaccurate” but did not specify why.

Ripple is listed on almost all major cryptocurrency exchanges, so the the exclusion from two major American ones may seem strange. However there is a simple explanation.

XRP is one of the most centralised cryptocurrencies out there, with more than half of its tokens controlled by Ripple. This has led to criticism because the enormous value of the blockchain means that the management of Ripple is now unspeakably rich. We reported in January that former CEO Chris Larsen was technically worth $44.16 billion, making him one of the 20 wealthiest people on the planet.

This is in conflict with the GDAX digital asset framework of November 2017, which specifies that accepted coins must be public, decentralized, and enable trustless consensus.

More importantly, Ripple’s setup could also put it at odds with the US Securities and Exchange Commission were it be listed, because the regulator has warned that tokens that could be deemed securities shouldn’t be listed on unlicensed exchanges.

Jesse Overall, an attorney at Clifford Chance, told Bloomberg: “Listing on an exchange is the integral part of the process of facilitating an unregistered, unlawful, illegal securities issuance to people who are not allowed to buy.”

XRP’s level of central control means that it could very well be considered a security, and the American watchdog is getting serious about these things.