Galaxy Digital Founder, Mike Novogratz has taken to Twitter to point out the massive disparity between Ripple’s estimated equity price and its XRP holdings. “Ripple equity is ‘trading’ in secondary market at $2-3bn valuation,” he wrote. However, “the $XRP on their balance sheet is worth approx $70bn. One price seems wrong.”

“If $XRP price is saying settlement coming, the equity is crazy cheap. If not, the token seems expensive. Thoughts?”

Ripple equity is ‘trading’ in secondary market at $2-3bn valuation. The $XRP on their balance sheet is worth approx $70bn. One price seems wrong. If $XRP price is saying settlement coming, the equity is crazy cheap. If not, the token seems expensive. Thoughts?

The responses were somewhat mixed. Stephen D. Palley, partner at Anderson Kill, wrote that: “I don’t know how one can correlate price itself to a settlement, unless someone has inside information about potential SEC settlement/resolution and ability for exchanges to re-list for trading.” Indeed, the outcome of Ripple’s court case with the United States Securities and Exchange Commission is yet unknown. “In other words, the price could be correlated to potential settlement BUT (unless I have missed some news) there’s no public indication that is going to happen soon,” Palley wrote.

Matt Leising, who covers market structure at Bloomberg, responded with a less-favourable opinion. “Thoughts? Sure. The correspondent banking system will never shift to Ripple/XRP. it’s vapor ware, and the SEC will win its case, and XRP will be deemed a security. (sic),” he wrote.

Additionally, cryptocurrency researcher, Leonidas Hadjiloizou wrote that: “Ripple’s XRP sales are the ones under attack from the SEC so the market probably hasn’t priced in Ripple’s XRP holdings since they are in limbo right now.”

The Vast Majority of Ripple’s XRP Holdings Are in Escrow

However, regardless of what will happen with the SEC, Hadjiloizou also pointed out that: “$62 bn of the XRP in Ripple’s balance sheet is locked in escrow.” Therefore, these holdings have most likely not been priced into Ripple’s current valuation.

Ripple published a statement in December of 2017 explaining that the XRP holdings in Ripple’s escrow account will be “released” in instalments of (maximum) 1 billion XRP per month for the next 55 months.

Well, $62 bn of the XRP in Ripple's balance sheet is locked in escrow.

At the same time, Ripple's XRP sales are the ones under attack from the SEC so the market probably hasn't priced in Ripple's XRP holdings since they are in limbo right now.

According to CoinTelegraph, Ripple’s equity would be “considered undervalued” if the amount of XRP held by the company is reduced without a drop in the price of XRP.

The recent discussion about the discrepancy between Ripple’s valuation and the value of its XRP holdings seems to have been brought into the spotlight by recent increases in the price of XRP. In spite of the ongoing lawsuit between Ripple and the SEC, the price of XRP has hit some of its highest points in years.

A number of analysts believe that certain rulings in the lawsuit are actually partially responsible for the rally. For example, the price of XRP saw an increase after it was granted access to the SEC’s internal discussions about whether or not XRP was a currency. The court denied the SEC the right to disclose the financial records of Ripple CEO Brad Garlinghouse and another executive member of the company. 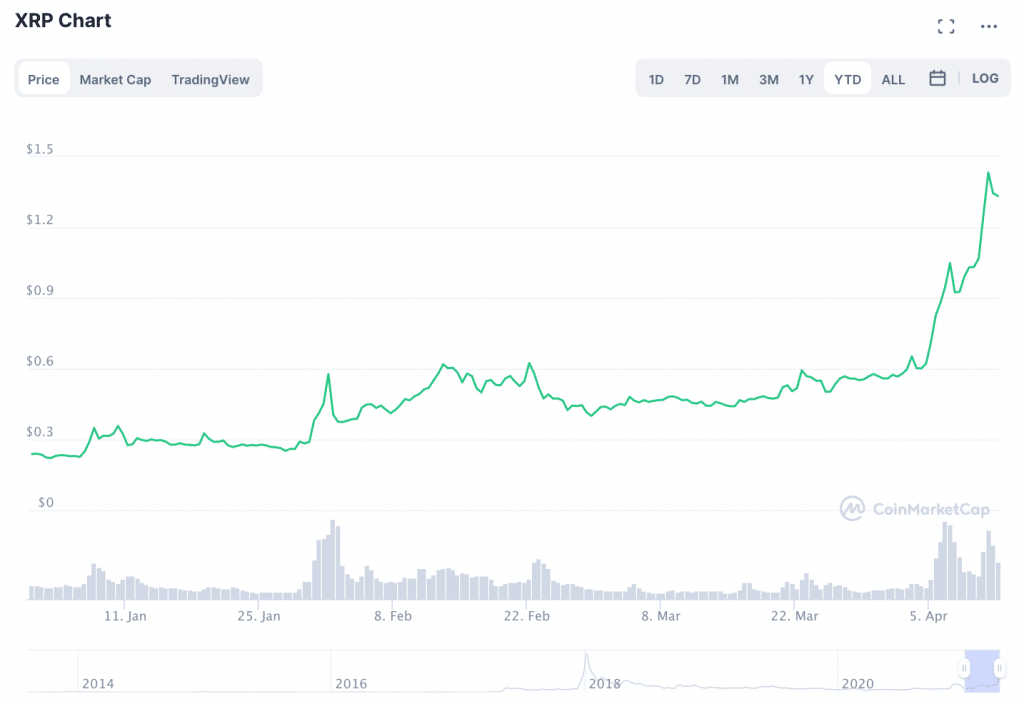