A recent analysis of XRP wallets known to belong to Stellar and Ripple co-founder Jed McCaleb shows that he sold 54 million XRP tokens throughout the month of April–roughly 1.8 Million XRP a day. The news came in a report from The Crypto Associate. 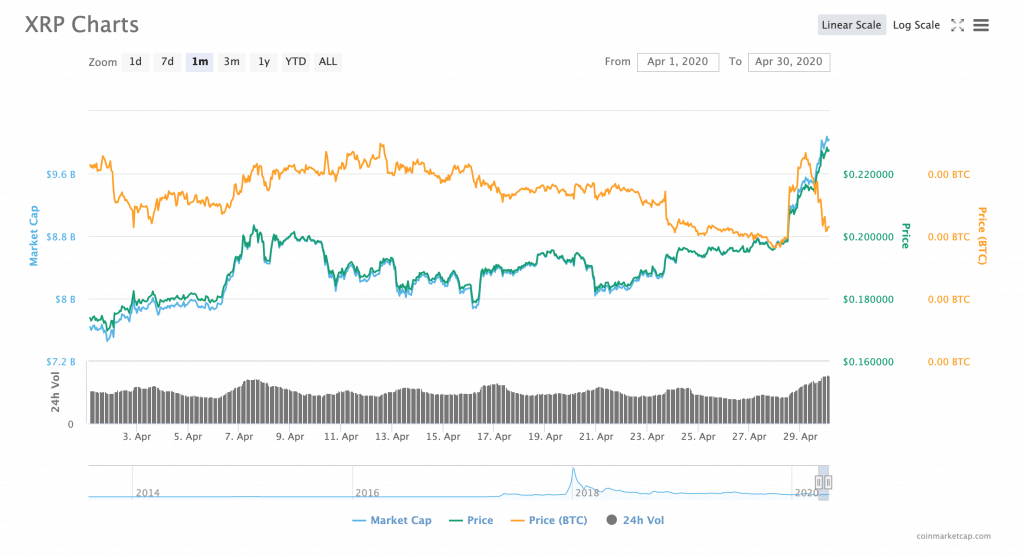 McCaleb is widely known to hold a large sum of XRP tokens and to sell them off somewhat regularly–a factor that has caused quite a bit of controversy in the cryptocurrency community, despite the fact that his XRP sales have all been made according to an agreement that he negotiated with Ripple all the way back in 2014; it seems that funds are periodically sent from a ‘settlement’ wallet into McCaleb’s personal wallets.

For example, Whale Alert, a service that tracks large crypto transactions, also identified a single transaction worth $11.8 million incoming to Jed McCaleb’s wallet from the Jed McCaleb’ Settlement’ wallet on May 1st.

A spokesperson from Ripple also recently told CoinTelegraph that “in 2016, we entered into a very structured agreement with Jed with the goal of ensuring distribution of his XRP holdings in service to a healthy, growing ecosystem without market disruption, with Ripple as custodian of Jed’s XRP holdings. This agreement remains in place today. Much of this information is publicly available.”

McCaleb: “I have been transparent from the beginning.”

McCaleb himself has also publicly commented about his own selling of XRP holdings: “I have been transparent from the beginning,” he told CoinTelegraph, adding that others have sold much more than he has.

“The market has known for years that I have been selling my XRP at a slow, steady rate. My investment decisions are not based on any desire to negatively impact other companies in this industry. I think the history to date shows there is no impact on the market, and I don’t see any reason why that will change.”

However, McCaleb may have access to enough XRP to eventually move the market if he ever chose to do so–in a Medium post published on Feb. 6, Whale Alert estimated that McCaleb still has another 4.7 billion XRP left to sell (roughly 5% of the total supply.) Today, the tokens are worth more than one billion U.S. dollars: much higher than the $135 million Whale Alert estimated he had made via XRP sales at the time.