Bitcoin wallets associated with PlusToken, the $2.9 billion (alleged) cryptocurrency scam based in China, have reportedly deposited 13,000 BTC ($10.2 million) onto a coin mixing platform within the past 48 hours. The news came from blockchain analyst Ergo, who published their findings on Twitter.

Distributions still on/off. Much slower than September and November.

PlusToken is likely attempting to continuously sell its supply of BTC

In cryptocurrency, a “mixer” is a service that allows coins to be exchanged for one another. Often, when a hack or a scam occurs, the stolen coins are “marked” by the greater community: many exchanges and other various services will refuse to accept these coins because of their associations with crimes. However, coin mixers make it possible to exchange these marked, “dirty” coins with unmarked, “clean” coins.

These “clean” coins can then be more easily sold through cryptocurrency exchanges, making it easier for the hacker or scammer to cash out and collect their profit. Ergo has identified Bitcoin addresses associated with the PlusToken scam and has therefore been able to track the activity of these wallets since PlusToken was outed as a possible scam last year.

Therefore, Ergo’s comment that “all previous mixer deposit change has entered mixing” most likely means that much of the BTC that has been deposited onto mixing services by PlusToken in the past has now entered into the process of mixing, meaning that PlusToken is likely continuously selling its BTC supply–and that it could be planning to sell the rest of it.

The rate of PlusToken’s Bitcoin sales has allegedly slowed recently

In fact, Ergo alleges that whoever has access to the PlusToken wallets has been selling off its supply of BTC since August of 2019, more than six months ago–however, the rate of sales has recently slowed.

This could be (in part) because of the fact that newly-mixed coins are very difficult to track after they have left a mixing service. Therefore, it’s hard to know exactly how many of the coins have been sold post-mixing.

However, Ergo has identified in the past that many of the coins associated with the PlusToken scam are headed to either OKEx or Huobi–though, in this most recent series of Tweets, Ergo said that “Huobi hot and cold have flat-lined since November.”

“I did note ~21k in new OkEx cold [storage], which has probably been seeing similar, but slightly lower volume than Huobi this entire time,” the tweets read. “I’m not sure if ‘cold storage’ is the correct term. Maybe it’s just ‘frozen.'”

Huobi hot and cold have flat-lined since November.

I did note ~21k in new OkEx cold stoarge, which has probably been seeing similar, but slightly lower volume than Huobi this entire time.

I’m not sure if “cold storage” is the correct term. Maybe it’s just “frozen”. pic.twitter.com/tu2TCYJitz

” I can’t imagine scammers keeping over 1$B parked on a few exchanges.”

Still, Ergo believes that the token sales are almost definitely continuing to happen: “been looking and theorizing about this for months and I can’t see a scenario where the coins aren’t being sold, at least to some degree,” Ergo wrote.

However, the analyst added that the exchanges that PlusToken was using to cash out likely became aware of this some months ago: “this was likely obvious to the exchanges starting in September,” Ergo explained. “The accounts would have been frozen then. Why keep sending the other +60k coins over the following 5 months if you weren’t able to actively cash out?”

“Maybe there is a scenario where this is some type of honeypot. Send us the coins, then we catch you when you move to fiat?” Ergo theorized. In any case, “I can’t imagine scammers keeping over 1$B parked on a few exchanges.”

No recent PlusToken selloff yet, but one could be imminent

While the movement of these 13,000 BTC onto a mixing platform does not necessarily equate to immediate sales, the movement could indicate that an attempted selloff may be underway sometime in the future.

Depending on the rate at which the BTC are sold, this could potentially have a noticeable effect on the price of Bitcoin, which has already fallen considerably over the past 48 hours. 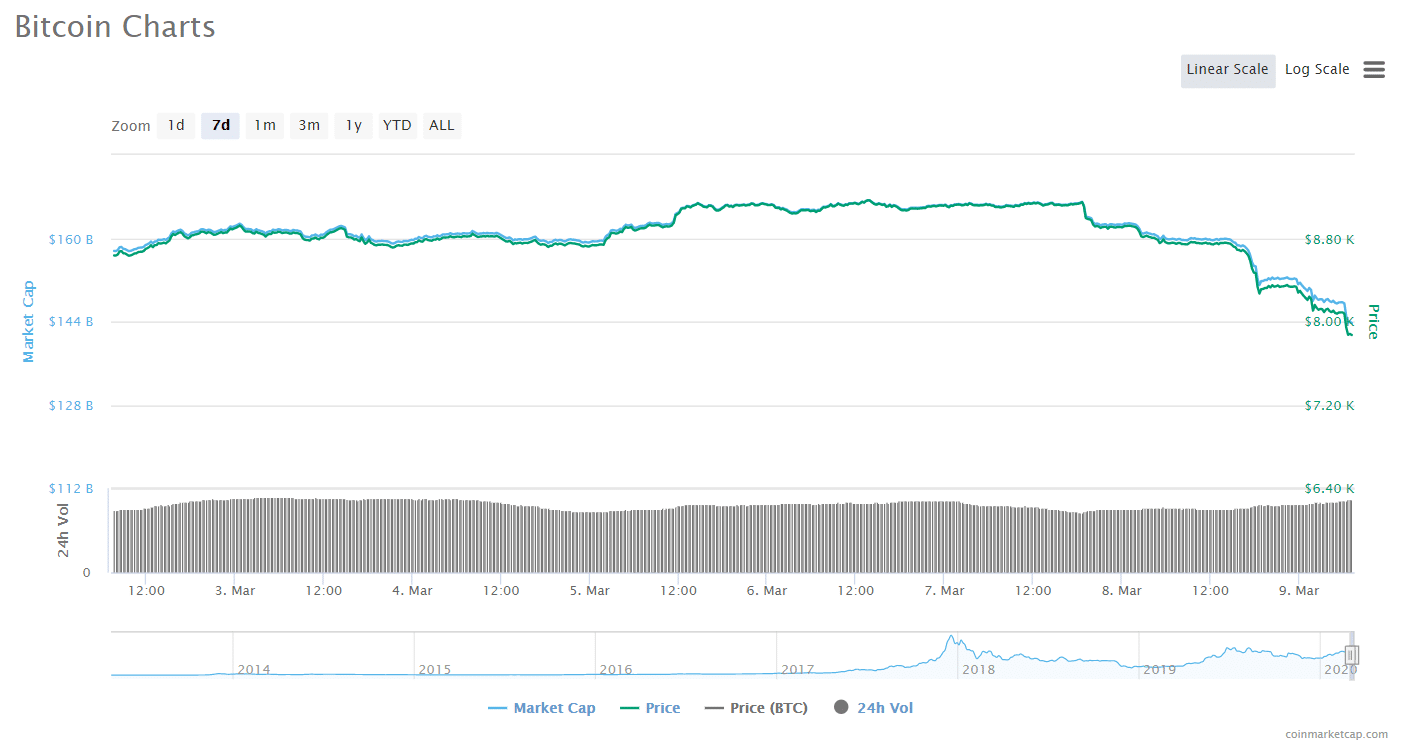