On March 1, the electronic payments firm PayPal filed an application for an ‘Expedited Virtual Currency Transaction System’, according to a new report from CoinDesk.

The patent appears to be for a system in which private keys (strings of characters that represent ownership of cryptocurrency and allow crypto to be traded) are traded between buyer and seller in a secure and anonymous manner.

Instant Transactions, if All Goes as Planned

The official application for the patent explained that the proposed system will “practically eliminate the amount of time the payee must wait to be sure they will receive a virtual currency payment.”

PayPal’s system is the latest development in a series of solutions to improve transaction speed on various crypto networks, including the Lightning Network, which aims to solve scalability on the Bitcoin blockchain. 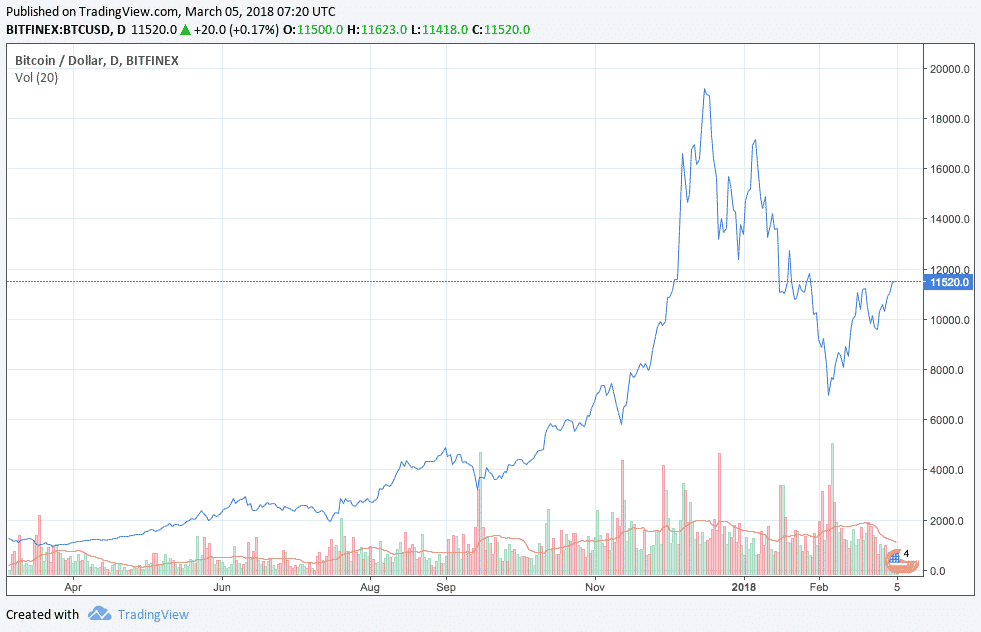 It has been argued that scalability issues have negatively affected the price of Bitcoin over the past year, which is shown in the above chart.

PayPal first got involved in the blockchain space in 2014, when it announced partnerships with three crypto payment processors–BitPay, GoCoin, and Coinbase, which reported over a billion dollars in profit last year.

In October 2017, Thiel said in an appearance on Fox Business Network that he believed the world was “underestimating [Bitcoin] especially because … it’s like a reserve form of money, it’s like gold, and it’s just a store of value. You don’t need to use it to make payments.”