Is John McAfee promoting cryptocurrencies for cash? One reddit user who began a thread entitled “John McAfee will pump your shitcoin for a fee of 25 bitcoins and 15% of your coins- Exposed” seems to think so.

Last Thursday, McAfee announced through his Twitter page that he will be discussing a new coin every day.

Beginning tomorrow, I will each day talk about a unique altcoin. Most of the 2,000 coins are trash or scams. I’ve read every white paper. The few I’m connected to I will tell you. The rest I have no position in. These coins will change the world. You can support
that change

Note the first response to this message: “Let the pump and dump games begin.” Prophetic?

A Twitter user has posted a screenshot of a conversation between himself and a user purporting to be McAfee. The user asks McAfee if he would like to look at a blockchain project called Enigma. McAfee replies that for a fee of 25 Bitcoins and “15% of the coins”, he will promote it.

Background to the case

John McAfee is currently the CEO of MGT Capital Investments, and could be called eccentric:


He is a British-American computer programmer and businessman, best known for the McAfee antivirus programme. He resigned from McAfee Associates in 1994, and it was bought by Intel in 2011, but his revenues from that company and other myriad interests led him to amass a personal fortune which peaked at $100 million in 2007.

The above Twitter post could be seen as a deliberately worded invitation. He tells you that he has read “every” white paper, and has an opinion on which coins are worthless and which are worth supporting.

I am inundated by people asking me for recommendations on cryptocurrencies. If you would use your heads you would figure out that the privacy coins (anonymous transactions) will have the greatest future. Coins like Monero (XMR), Verge (XVG), or Zcash (ZEC) cannot lose.

Don’t get me wrong – it would not be fair to say that McAfee’s endorsement is the only reason for the success of this particular coin. Verge places a lot of emphasis on anonymity, routing orders through Tor. This is particularly attractive now that the anonymity which was a major attraction of cryptocurrency in the first place seems to be slipping away. However, a major price spike coincides with the Twitter post:

Take a look at the following three charts: 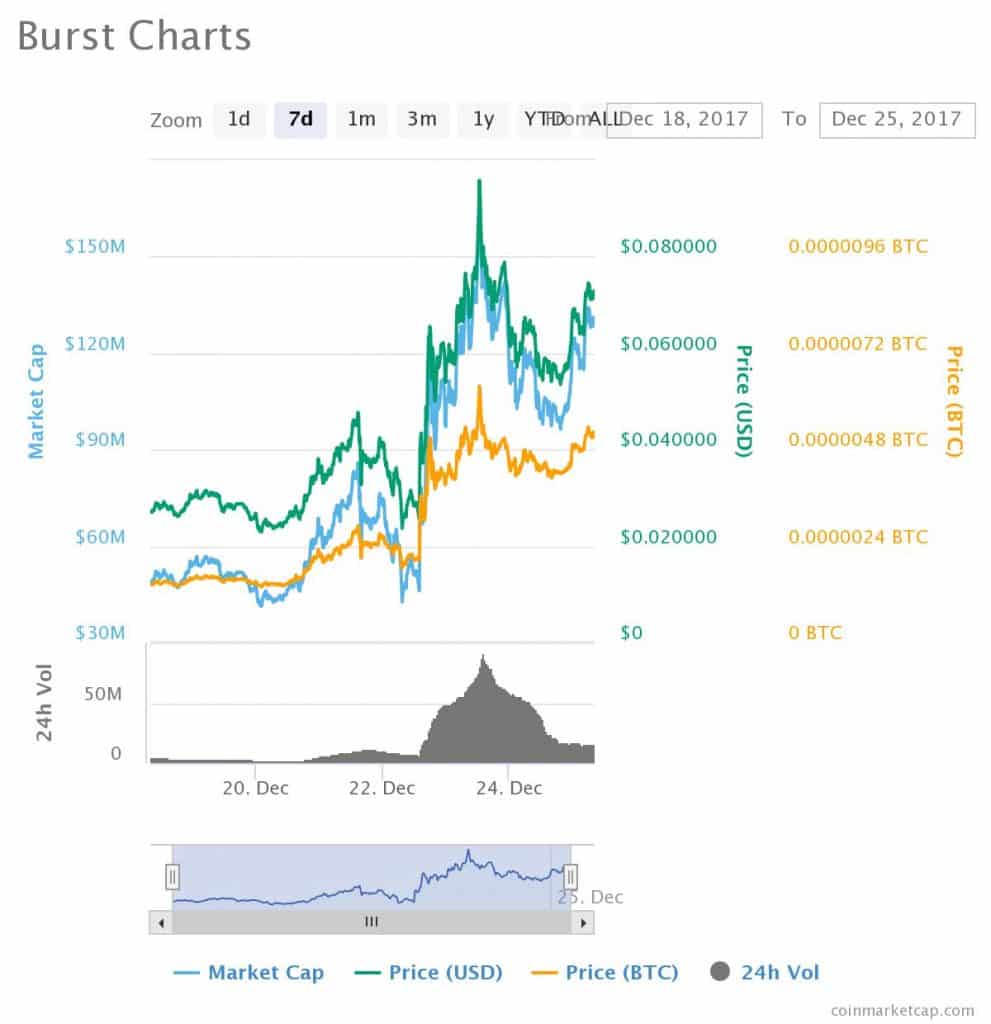 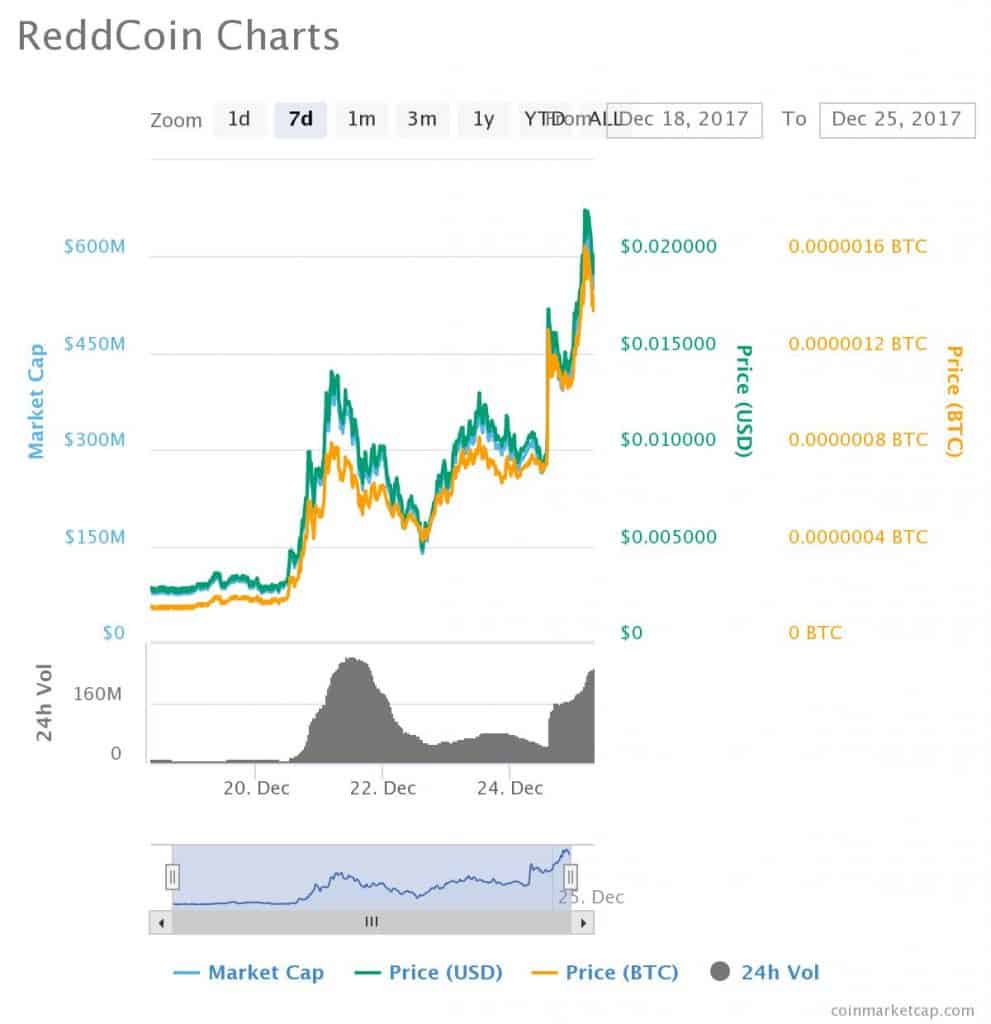 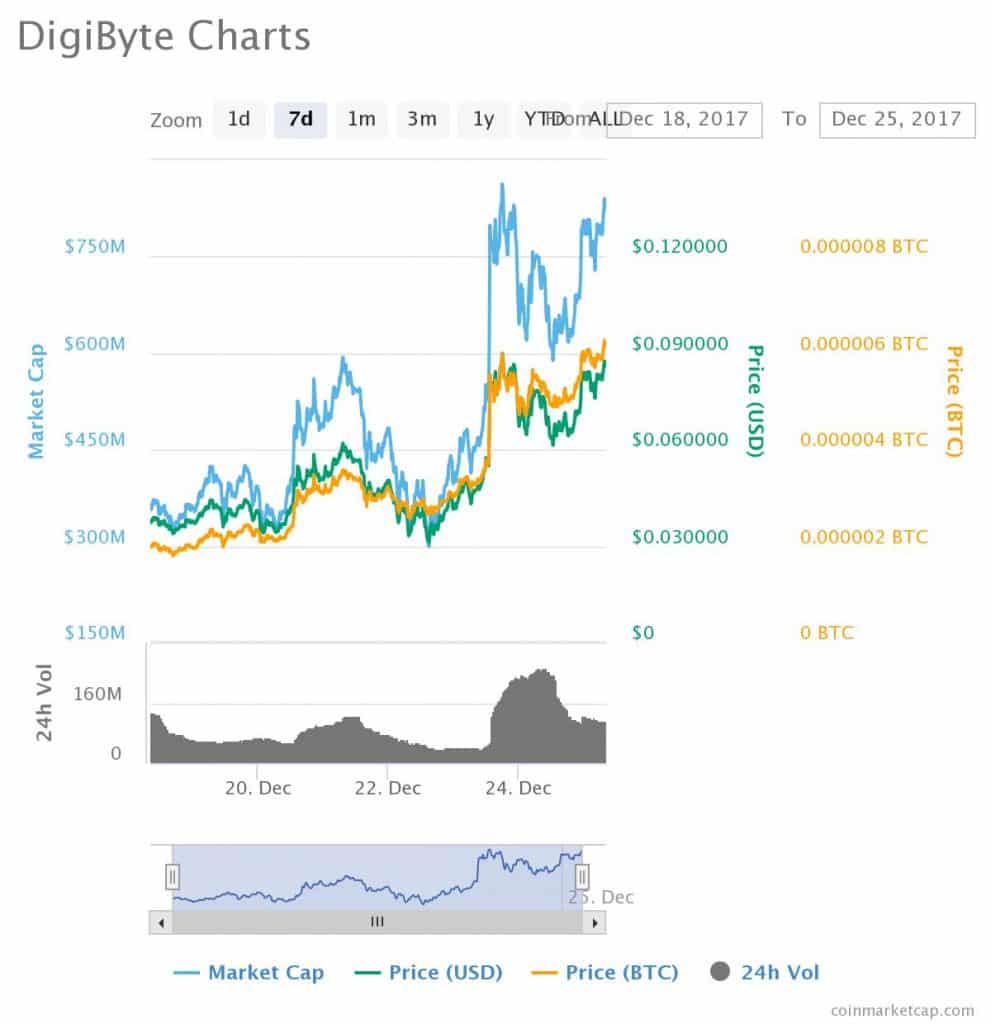 All three of those spikes coincide with a McAfee Twitter endorsement. So a good word from McAfee clearly has clout, and he did have the opportunity to profit from pumping coins.

The public frenzy to buy into cryptocurrencies means that this could have been be a good little money-spinner for McAfee.

However, his aforementioned fortune is an argument against him feeling the necessity to make money in this way (although 25 bitcoins is well over $300,000 at today’s prices).

Now, McAfee claims that the aforementioned offer to promote for payment is from a fake account. While the account name appears to be the same, he says that the fake account has substituted the lowercase L in the username with a capital i. It does seem to work –  @officialmcaffee/@officiaImcafee. It is difficult to tell the difference, and could be undetectable given the right font.

Also, it seems to me that if his business model was to use his name to promote a product, it would be counter-productive to make public the fact that he can be bought. Not something that one would expect from a successful businessman.

More evidence against irresponsibility on his part:

If you are new to Cryptocurrency then absolutely do not invest without first educating yourself. Nothing will lose you money faster than investing in what you do not understand. My recommendation for sether.io is for experienced crypto investors only. https://t.co/DWKmYsreT1

The jury is out….what do you think?

This is such a dumb article. Of course it’s not him. If you paid closer attention, John has addressed the fake account and the fake account now claims to be a “Fan page” after John threatened legal action. Please educate yourself before posting an article that purports John Mcafee to accept bribes for talking about projects he’s excited about.

I think it was interesting how he mentioned HMQ on twitter 12/25. 5s after his post multiple trading sites went down due to surge in traffic. Someone (likely McAfee) made a large purchase, waited for others to jump on the band wagon and then sold it all in 15 minutes. If this is not a direct manipulation of the market I do not know what is. The funniest thing is that his followers are likely the left holding the bag. He is making huge returns buying $10k at .20 cents pumping to $1.20 then selling it all. Do the math…… Read more »

Of course a pump and dump..what else?
And its widely reported that he went bust and lost pretty much his entire fortune, he even said so himself.
A bit of journalistic effort wouldn‘t harm anyone..

Your analysis is wrong. Each coin you highlighted was at the bottom of either cup and handle formation or beginning of a 5 wave ascension. There are 2 dozen coins that follow this trend that rocketed – this is crypto.. you didn’t mention this, hence your confirmation bias.

this one hundred percent makes sense. in fact, i have understood what he was doing for a while. while many are claiming the dms arent real. i believe that he is running promotions (pump and dump) here. notably his article claims he is ceo of mgt; he is NOT the ceo of mgt, robert ladd is. mcafee was never installed (pun not intended). see for yourself… http://mgtci.com/content/about/team/index.html mcafee was basically paid in shares to be lead promoter. so the whole idea originally was they were going to CREATE a millions of dollars in stock to buy 2 companies that had… Read more »