Last week, payments giant PayPal lit the cryptosphere ablaze with the announcement that it would be allowing its users to purchase, sell, and hold a number of cryptocurrencies on its platform. Specifically, the new features, which are to be launched in ‘the coming weeks’, allow users to buy, sell, and hold Bitcoin, Ethereum, Litecoin, and Bitcoin Cash.

The announcement is largely cited as the primary cause behind a boost in Bitcoin prices that began in the latter half of last week. Last Tuesday, Bitcoin sat around $11,800. However, by Wednesday, BTC had climbed above $12,000. Since then, BTC has spent much of the last five days above $13,000.

At the same time, bullish analysts are joyfully crying that PayPal’s adoption of Bitcoin and several other cryptocurrencies is the long-awaited push that crypto has needed to break out into the ‘mainstream’ financial world. 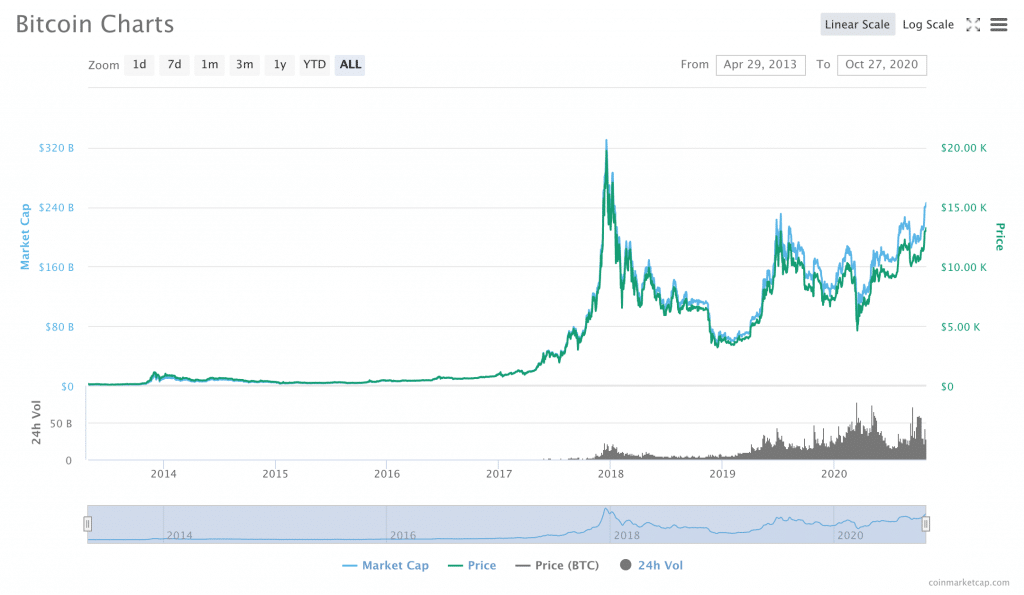 But is the PayPal announcement really all it is cracked up to be?

“With Almost 350 Million Active Users, PayPal’s Decision Will Increase Interest in Cryptocurrency across the World.”

Brian Estes, Founder of Off the Chain Capital, a cryptocurrency sector fund with $40 million AUM, told Finance Magnates that indeed, the company’s decisive entrance into the crypto world is deeply significant for adoption.

Estes said that this latest move by the company, which also operates mobile payments service Venmo, “represents the next step towards adoption.”

He explained that according to the S-Curve Analysis model, which can be used to chart the adoption of new kinds of technology, crypto adoption is on the rise. Approximately 15 percent of US citizens own cryptocurrency today; Estes predicts that crypto “will reach 90% of US households by 2029.”

“A company of this size and stature entering the market is a logical progression on the S-Curve Analysis model,” he said.

A representative of cryptocurrency purchasing platform, Xcoins.com also pointed out to Finance Magnates that the sheer size of PayPal’s user base could significantly raise the number of individuals and families that are exposed to cryptocurrency in the relatively near future.

“With almost 350 million active users, PayPal’s decision will increase interest in cryptocurrency across the world,” Xcoins.com said. “PayPal has said that they are making this move now as a consequence of growing Central Bank developments across the planet to create new digital coins.”

However, while PayPal’s recent announcement may not be anything to shake a stick at, other analysts question whether or not the crypto world should believe the hype.

After all, CoinDesk author, Noelle Acheson pointed out that the ‘buying stuff with crypto’ use case is not one that seems to have gained much traction (perhaps with the exception of the purchase of illicit materials.)

While it may be true that Bitcoin is much easier as a financial instrument for online purchases in some places in the world, such as Nigeria, Acheson said that “just because the service is now available does not mean that people will use it in significant numbers.”

Additionally, the act of selling and purchasing things with Bitcoin and other cryptocurrencies does not necessarily boost the value of Bitcoin over the long term, since many merchants, who opt to receive payments in BTC, simply cash out of the coin as soon as it is received, perhaps paying a fee to PayPal as they do so.

Indeed, when we asked Jim Angleton, President of Aegis Finserv Corporation, whether Paypal’s recent announcement will pave a pathway to true widespread adoption, his answer was simple: “not really.”

This is because while PayPal does allow users to purchase cryptocurrency and use crypto at PayPal-equipped merchants, the scope of what customers can really do with crypto on the platform is somewhat limited.

For example, crypto holders who purchase through PayPal will not have access to their own private keys. They will also be unable to transfer their crypto holdings out of their PayPal account, and they cannot send crypto to other PayPal users through the platform.

Indeed, CoinDesk’s Noelle Acheson wrote that “in other words, PayPal more or less dictates what users can do with their cryptocurrencies, and could presumably freeze accounts if they see fit, at least for now – not exactly in line with the industry’s origin and ethos.”

However, Jim Angleton believes that this could change over time, in spite of the fact that “Paypal, owned by eBay is a payment platform and was not originally conceived as a digital conveyance, mining and delivery system.”

“Judging by their reports to their State and Federal Government, we believe they have crafted this extra market in a scalable fashion,” Angleton said. “Perhaps over time when they are better experienced and have dealt with adverse issues that plague those who enter this space, you may see them offer more programs.”

“The Entire Premise of Crypto Is to Be Stealthy and Cheap. PayPal Is Neither.”

Still, in many ways, Angleton pointed out that the ethos of PayPal is contradictory to the ethos of the crypto space, a factor that may deter crypto-curious folks from using PayPal as a gateway to cryptocurrencies.

“Paypal has a good reputation and believes they will see at first a little bump in activity as some try it out, but over time, we believe because PayPal is so expensive, many fees and costs, it will downtrend,” he said. “The entire premise of crypto is to be stealthy and cheap. PayPal is neither.”

As such, Angleton emphatically believes that the ‘PayPal rally’ that is currently boosting BTC prices will not last over the long term.

“Bitcoin is facing many challenges,” he said, a factor that has caused his own company to “[drop] the bitcoin part of our digital programs in full.”

Specifically, Angleton said that Bitcoin is “not cybersecure, does not meet compliance and many other efficient operators will eat their lunch in the coming year.”

Additionally, Angleton believes that Bitcoin could see some serious challenges as central bank digital currencies (CBDCs) rise to prominence: “as China comes online with their Yuan Crypto, many Central Bankers and Nations will watch this launch to see if it is successful.”

Share this article
Tags: blockchain / crypto
Got a news tip? Let Us Know