The new version of the app, called Rakuten Pay, will be released on March 18, and will support “all payments solutions embedded into one platform.” Rakuten has been accepting Bitcoin as a payment option through its American portal, Rakuten.com, since March 2015. 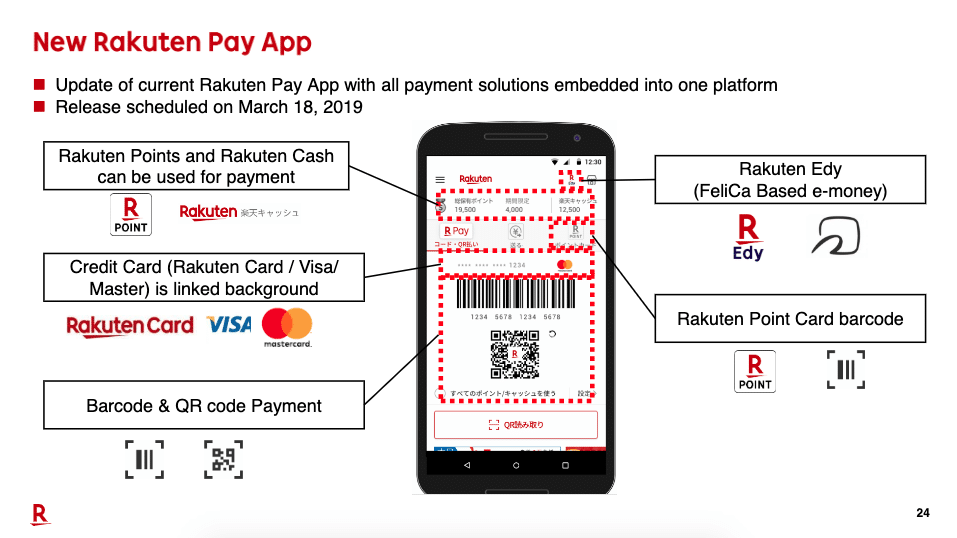 The app will also support payments by Rakuten Points, Rakuten Cash, and Rakuten Edy (Rakuten’s prepaid e-money); payments can be made by barcode and QR code.

Rakuten Has Been Growing Increasingly Active in the Cryptosphere

Rakuten first acquired Everybody’s Bitcoin for $2.4 million in August of last year. An official statement about the acquisition said that Rakuten was “considering entry into the cryptocurrency exchange industry” because of a belief that “the role of cryptocurrency-based payments in e-commerce, offline retail and in P2P payments will grow in the future.”

Additionally, “a growing number of customers, in particular foreign exchange customers, of Rakuten Securities, the securities company of the Rakuten Group, have been calling for the provision of a cryptocurrency exchange service,” the statement said.

Previous to the acquisition of Everybody’s Bitcoin, Rakuten established the Rakuten Blockchain Lab in 2016, which the company describes as “a dedicated research and development organization in Belfast.”

According to the earnings report, the Rakuten ecosystem pulled in roughly $1.3 billion in net income in 2018, a 28.4 percent increase from 2017 year-over-year.

Rakuten is one of a growing number of large Japanese firms to develop a vested interest in cryptocurrency. Internet and finance company SBI Holdings launched Vctrade, its own cryptocurrency exchange, in July of last year.

Share this article
Tags: cryotocurrency / Rakuten
Got a news tip? Let Us Know