Just as myriad analysts and experts were crying out that the Bitcoin rally we’ve all been waiting for was finally here, the market’s came a-tumblin’ down – and BTC isn’t the only coin that’s been affected. 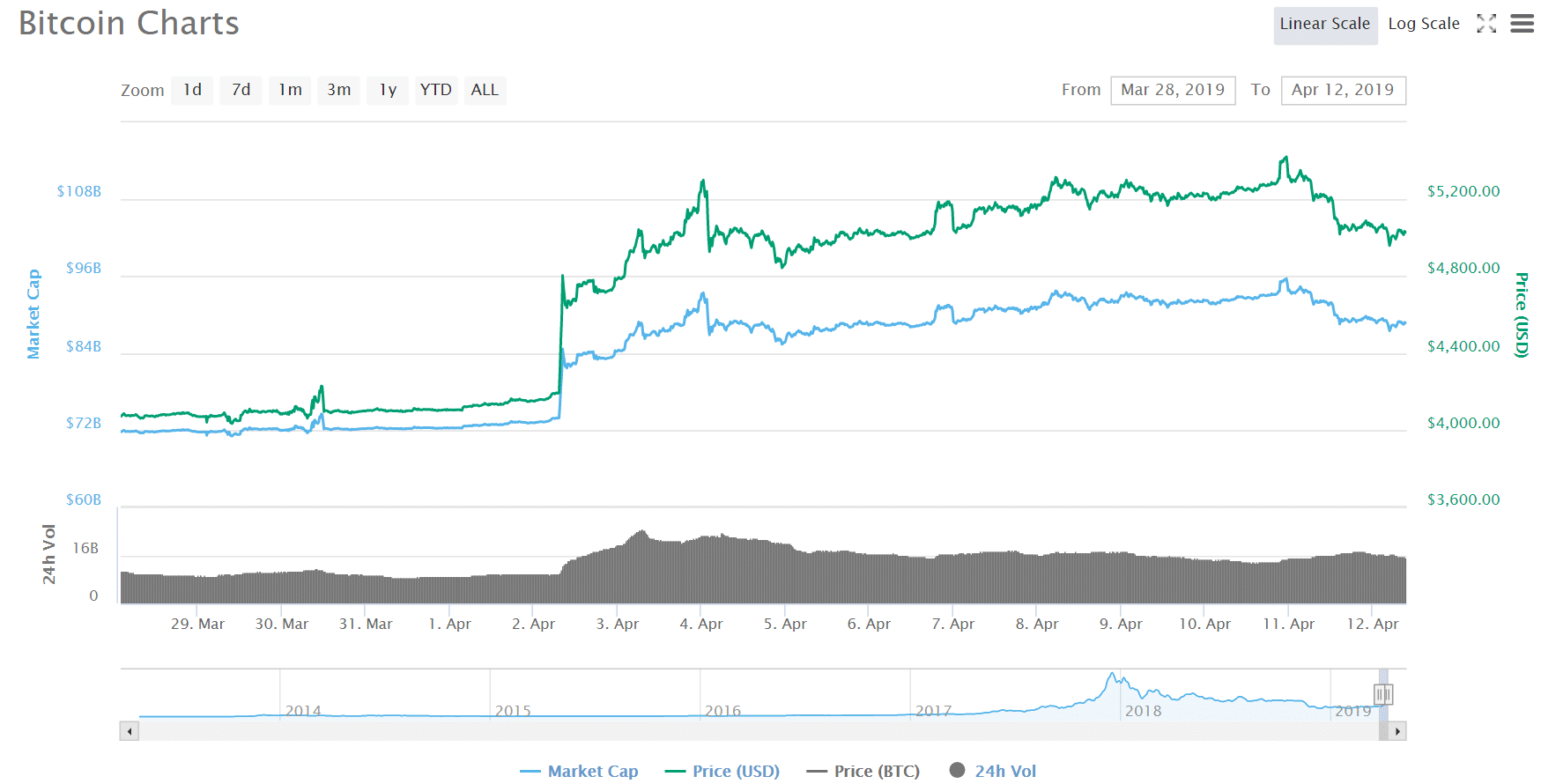 Bitcoin seems to have led the drop. After the price of BTC briefly surged to $5400 yesterday, a wave of selling pressure sent the coin back down to $5050–still an improvement from where it sat a week ago at $4850, and a leap above $4070, where it sat two weeks ago.

Still, the downward motion sparked a domino effect throughout crypto markets as a whole. According to a report from NewsBTC, analysts believe that the price of BTC could quickly drop as low as $4200 in the immediate future “before it finds a significant amount of support.”

There is the start of the drop I have been saying 🙂

Some analysts are blaming the market drop on the fact that Brexit was recently delayed by six months. Ethereum World News explained that when it seemed like a no-deal Brexit was looming imminently, “Analysts were calling for crypto as an alternative to the British Pound and Euro, given that both currencies were facing a convoluted and likely volatile future.”

However, news that both the pound and the euro are safe for now may have caused crypto buyers to “cool it,” at least for a while.

A Healthy Dose of Reality

Earlier this week, Gabriel Dusil, Co-Founder and General Manager at blockchain technology incubator Adel, told Finance Magnates that the sudden upward motion in the cryptocurrency markets didn’t mean much in the big picture.

“This spike doesn’t mean we are in a bullish trend, we need to look at longterm picture and that shows we are in a correction,” he said. “Price can as easily drop down as it can go up. Those who were buying in 2/2 of 2017 are still in loss. We need to see prices at 8k area to say we are in recovery and a bullish trend has [truly] been established.”

However, if markets do manage to break through $8k, we could start to see some serious price action. “If we break $8k, we can say the bullish sentiment is back and we are on our way to all-time high. At the $12k area, we could see the start of FOMO (fear of missing out) that could bring new speculators in, and with fresh capital in crypto, we could see the prices surpassing the 2017 heights,” Dusil explained.

But this latest downward movement is a reminder that meaningful upward price movements are few and far between. Additionally, a healthy correction every once in a while can help to keep huge speculative bubbles from forming.