Much of the discussion on the economic fallout that the coronavirus has caused in the cryptosphere has been focused around Bitcoin–perhaps rightfully so. After all, as the largest cryptocurrency by market cap and the coin with the largest share of institutional cash, BTC is arguably the most ‘visible’ crypto asset.

However, the rise of the coronavirus has also had a number of striking effects on other cryptocurrency assets, and unlike Bitcoin, not all of them have been negative.

For example, in the stablecoin sphere, the market cap of Binance USD (BUSD) has more than doubled, rising from $68 million to roughly $190 million at press time. Similarly, Circle’s USD stablecoin jumped from roughly $440 million to $727 million over the same time period; Paxos Standard (PAX) grew from $200 million to $246 million.

Additionally, David Waslen, chief executive of HedgeTrade, pointed out to Tether (USDT), “a stablecoin that some consider the next generation on-ramp for cryptocurrencies, namely bitcoin.”

“Currently, Tether’s 24-hour trading volume is close to $80 billion; on March 13th, while stocks were plummeting, Tether reached an all-time high for trading volume at $94 billion,” he said. “Tether reserves are also sitting at ATHs.”

However, beyond stablecoins, the coronavirus has also had varied and unique effects on the altcoin sphere.

What, exactly, have these effects been?

“In the past, you’ve seen altcoins follow along pretty closely with bitcoin’s ebbs and flows, with certain decoupling here and there,” said David Waslen, chief executive of HedgeTrade, to Finance Magnates. “Leading up to 2020 and continuing today, there have been some altcoins that have taken a more divergent path.”

However, the economic fallout of the coronavirus seems to have had an effect on the relationship between Bitcoin and altcoins: Waslen explained that since early March, “they have correlated somewhat.” 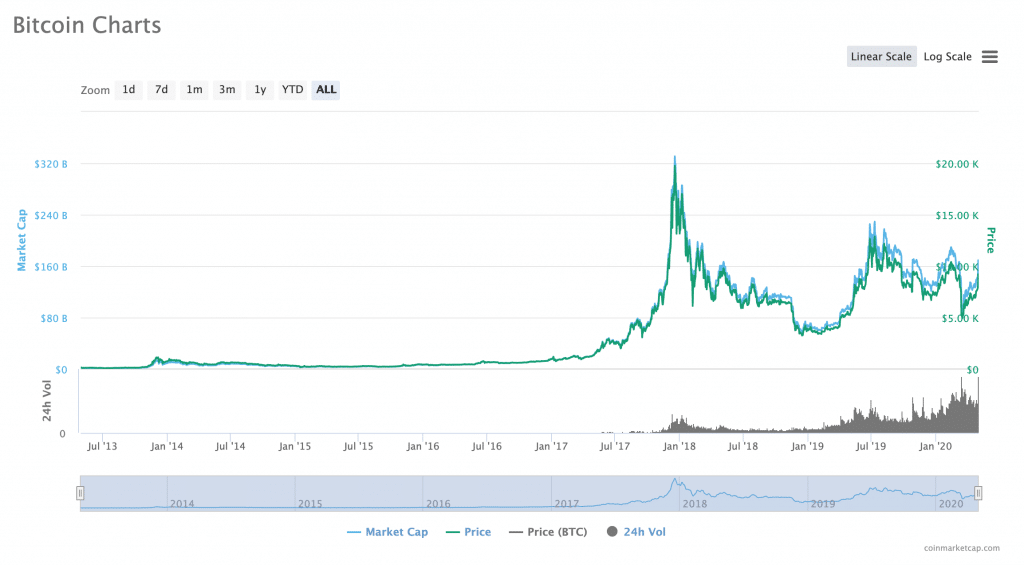 Indeed, “Bitcoin took a 50% plunge but has steadily come back–without massive cash infusions, I might add,” Waslen said, while “altcoins, for the most part, fell at the same time; everything was down.”

Bitcoin’s market movements were also correlated with movements outside of the cryptosphere: “Bitcoin fell almost in tandem with the DOW and other traditional indices (although it has since picked up the pace against most stocks),” Waslen said.

Then, “when the stimulus packages rolled out, stocks came back a little, as did virtual assets,” he continued. “But it’s in the recovery where both bitcoin and altcoins have shown promise over traditional stocks, which are still struggling (down 14% YTD) despite heavy corporate welfare.”

Altcoin prices have largely been correlated with BTC, but some have recovered quicker

Throughout this period, “most altcoins fell at the same time,” Waslen explained, “but there were definitely some that had a quicker comeback than bitcoin during a time when stocks were bottoming.”

When considering the reaction that altcoins have had to the coronavirus fallout, however, Waslen said that it’s important to consider the direction the space was headed before the pandemic began: “there’s a pretty big difference between altcoins in 2016-2017 and today, where you now have an immense blockchain infrastructure that is in a constant state of improvement,” he said.

“Between ample on and off ramps and a steady flux of new investors, many altcoins were already showing strength going into the start of COVID-19. Many have rallied back faster and more strongly than bitcoin, and, of course, stocks.”

Waslen specifically pointed to Chainlink (LINK), “which began a steep price climb on April 5th, one that diverged from most other coins at the time.” Indeed, “since Black Thursday, LINK has more than doubled its price.”

Waslen also mentioned Ethereum, which he said: “is getting ever closer to a staking method conversion that is designed to help the Network scale.”

“Many of today’s most promising crypto projects are built on Ethereum, and the upcoming ETH 2.0 upgrade could be an impetus for mass adoption of cryptocurrencies,” he said, adding that “on the year, ETH is up 39%, as opposed to BTC’s rise of 17%.”

Two additional assets that have warranted attention are Monero and Zcash, which Waslen said: “have taken on an ‘outlier’ status.”

Both of these assets, which are two of the crypto industry’s most popular privacy-focused coins, have seen substantial increases in price since the beginning of the year: “Monero is up 30% YTD with Zcash up 40%, “he said. “With regulations on crypto tightening and people feeling financial privacy (and security) is a right, we see a corresponding interest in privacy coins, even more so since Black Thursday.”

Additionally, “you have cryptocurrencies like Binance (BNB) and HedgeTrade (HEDG), both of which are up over 22 % YTD, and Stellar (XLM) reaching over 37% on the year,” Waslen said.

Indeed, “all of these altcoins have outperformed bitcoin since the pandemic took hold,” he continued. “They also will likely ride on the laurels of a potential bull market triggered by bitcoin’s stock to flow and scarcity levels after the halving.”

” Crypto is too young to be deeply integrated into the economy.”

But why exactly are certain altcoins doing so well?

David Zeiler, cryptocurrency expert and associate editor of Money Morning, explained to Finance Magnates that while “it’s true most cryptocurrencies sold off during the initial shock to the global markets,” it wasn’t necessarily because of any design flaw or lack of faith in crypto: “[the sell-off] was due to a scramble for cash as investors got hit by margin calls in their leveraged stock holdings,” Zeiler said.

“People weren’t selling BTC or altcoins because of any direct link to the coronavirus.” 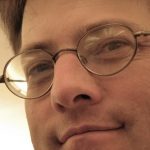 Zeiler explained that indeed, “the fact is that crypto is too young to be deeply integrated into the economy.”

“Most projects are still in various stages of development,” he said. “While they have the potential to be disruptive in the future, for now, no industries depend on crypto for anything critical.”

In his view, this is precisely what has allowed many altcoins to have fared so well: “that’s what has allowed the altcoins to bounce back as quickly as they have,” he explained. “Once the initial shock passed, people saw the bargain prices and started buying crypto again.”

Of course, “this isn’t to say the coronavirus has had no impact on the altcoins. The biggest issue is the shortage of venture capital (VC), which many young crypto projects need to maintain development.”

Indeed, while altcoin prices may not be hurting as badly as other financial markets in the short-term, lost opportunities for connections to funding may hurt altcoin firms–and innovation more generally–in the longer-term.

For example, coronavirus has caused delays and cancellations in the many crypto conferences held throughout the world: “one of the largest conferences, Consensus New York scheduled for mid-May, will take place entirely online.”

Therefore, “attendees will be able to watch the session, but will miss out on the opportunities for networking that are the life-blood of such conferences.” Several of Finance Magnates’ events have also been postponed or moved online.

At the same time, however, “the widespread lockdowns haven’t had much effect on the developers working on the altcoin code because they’re often spread out across the globe and are used to collaborating online.”

As such, it could very well be that “overall, crypto is getting off easy in this crisis.”

What are your thoughts? Let us know in the comments below.

Monero and Zcash have both been range bound for over two years now. Both are going nowhere.