San Francisco: Coinbase has suspended Bitcoin Cash trading and begun an internal investigation only a few hours after beginning to offer it, according to a report from CoinTelegraph.

[status] Monitoring: All BCH markets will remain cleared and offline until 9am PST 12/20/17. At that time, BCH mark… https://t.co/em9E3MKsrU

Suspicions arose when the price of Bitcoin Cash arrived at $8,500 on Coinbase-affiliated exchanges while being around $3,500 on all others.

Coinbase CEO Brian Armstrong published a statement acknowledging the situation and attempting to allay suspicion: “All Coinbase employees and contractors were explicitly prohibited from trading Bitcoin Cash and from disclosing our launch plans over a month ago. This was communicated multiple times via multiple channels to employees…The trading restriction, which applies to all personal trading activity on any platform, remains in effect now.”

He added that Coinbase will be conducting an investigation.

Coinbase is a Bitcoin broker, exchange and wallet provider. It announced yesterday that as of 20:15 UTC, all of its Bitcoin-holding customers would see an equal amount of Bitcoin Cash in their accounts, available to trade immediately.

As the announcement was published, the price of Bitcoin Cash spiked drastically on most exchanges to around $3,500 (it had previously been hovering around $1800).

Price spikes after major announcements are the norm in financial circles. However, the spike to around $9,000 seemed suspicious to many even by cryptocurrency standards: 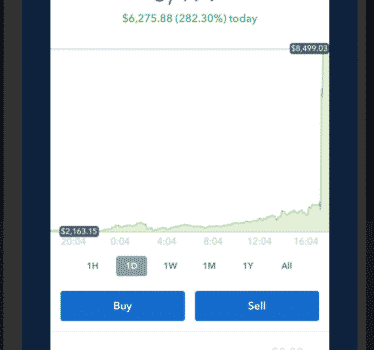 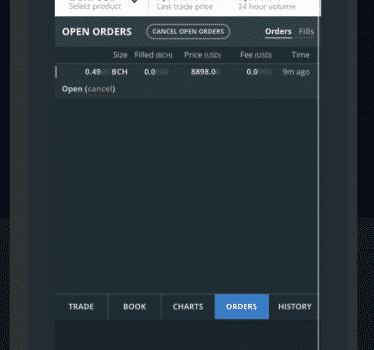 Reacting to the suspicion of fishiness, Armstrong said on the company blog: “If we find evidence of any employee or contractor violating our policies — directly or indirectly — I will not hesitate to terminate the employee immediately and take appropriate legal action.”

This was a disappointing result for Coinbase, which last month found itself swamped with new users and struggling to keep up with orders as the world went Bitcoin-crazy. This month it became the the number one app downloaded by Apple users.

Bitcoin Cash is a Bitcoin spinoff. It was born in August of this year and has so far grown massively in value in the midst of a volatile infancy. It has some advantages over its predecessor, such as faster transaction times, and it is finding its way into the economy quite quickly.

Only this month, a different exchange, Bitstamp, crashed due to heavy demand after beginning to offer trading support for BCH.