The Chinese government is reportedly about to block all access to cryptocurrency websites from inside China, redoubling its efforts to stamp out the industry in the country as the prices of 98 of the top 100 cryptocurrencies tank. 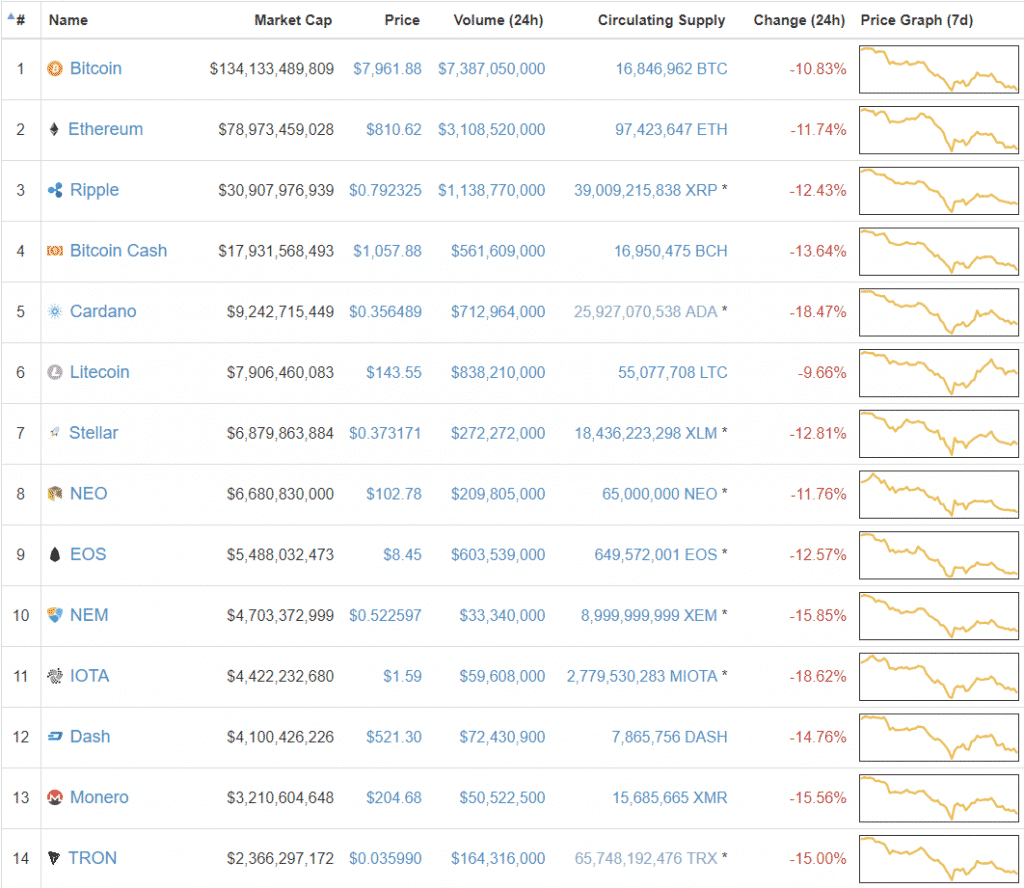 According to Financial News, a publication affiliated with the People’s Bank of China, Chinese citizens have not been dissuaded from purchasing cryptocurrency by previous attempts by the state to end the domestic industry – now they are buying from platforms abroad instead. In response to this “some regulatory measures will be taken”, according to the report.

The measure being taken is reportedly a blanket ban on access to cryptocurrency websites, according to Fortune. Weibo, the Chinese equivalent of Facebook/Twitter, and Baidu, the Chinese equivalent of Google, have already banned cryptocurrency adverts on their platforms. Facebook took this measure itself last week (because the adverts are “frequently associated with misleading or deceptive promotional practices”).

As we reported at the time, the Chinese government banned ICOs in September last year, and followed that with a decree outlawing cryptocurrency exchanges. And just a few weeks ago the Bitcoin mining industry was told that it was no longer welcome either.

In response, Chinese exchanges and mining companies simply moved to other places in order to continue business. Examples include the exchanges BTCC and Binance moving to Hong Kong and Tokyo respectively, and Beijing-based mining giant Bitmain opening new offices in Zug.

China bans ICOs and cryptos but it can’t be enforced. Banks refuse ICO and crypto payments, but we have alternatives. Technology always overcomes legislation. This is truth. ICOs are our future and must be fought for, and crypto is our right. Stand on our side without fear.

The relocation hasn’t really affected their popularity any – one just has to hear the remarkable numbers reported by Binance in Tokyo to understand this. Indeed, Ace Yang, executive director of Cathay Capital, a Beijing private equity firm, said to the South China Morning Post: “It’s positive news for Japan and Singapore, because demand for participating in trading is not diminishing and traders have got to go somewhere.”

Noted in Financial News: “After the clean-up and remediation, the trading volume of virtual currency denominated in RMB dropped from over 90% of global trading volume to less than 1% at one time, greatly reducing the risk level.”

This may well be true, but it should also be noted that Chinese people are now using Japanese and Korean exchanges, so a drop in yuan trading doesn’t necessarily mean that China is less of a dominant force. If the government effectively blocks Chinese people from using exchanges even overseas, the repurcussions would be major.

These moves come against a backdrop of major banks worldwide blocking payments to cryptocurrency exchanges, and the price of Bitcoin falling by half in the last month alone.

China just wiped us clean here in America…..But they still can’t get away with it ??