Taiwanese electronics manufacturing company HTC has announced that Litecoin creator Charlie Lee has signed on as an advisor for the company’s blockchain-based smartphone, the Exodus. Lee later confirmed his support of HTC’s new blockchain device in a tweet.

One small step for @SatoshiLite. One giant leap for blockchain.

Team @HTCExodus, @philchen913 @htc are honored to have Charlie Lee to join as our advisor.

The tweet also revealed that the Exodus would come with native support of the Lightning Network and Litecoin.

The Exodus is scheduled to be released sometime during Q3 of this year. Phil Chen, HTC’s head of business and corporate development, said that the cost of the Exodus would be comparable to the ~$1000 Finney blockchain phone. The Finney, a product of Sirin Labs, is slated for release around the same time.

Each of the smartphones will function as a node on a blockchain built by HTC; in this way, users will be able to securely store and update their data in the device and on the blockchain simultaneously. Each phone will also come with a built-in cold storage wallet.

Additionally, HTC has partnered with CryptoKitties, an Ethereum-based game that will be available on the Exodus.

Critics Wonder if the Exodus Will Arrive On Time

There are still some doubts about whether HTC’s blockchain phone will be on the shelves as soon as the company has said that it will be. Very few details are known about exactly where the phone will be sold or marketed to. As far as the phone’s design is concerned, the public has only seen a sketch. 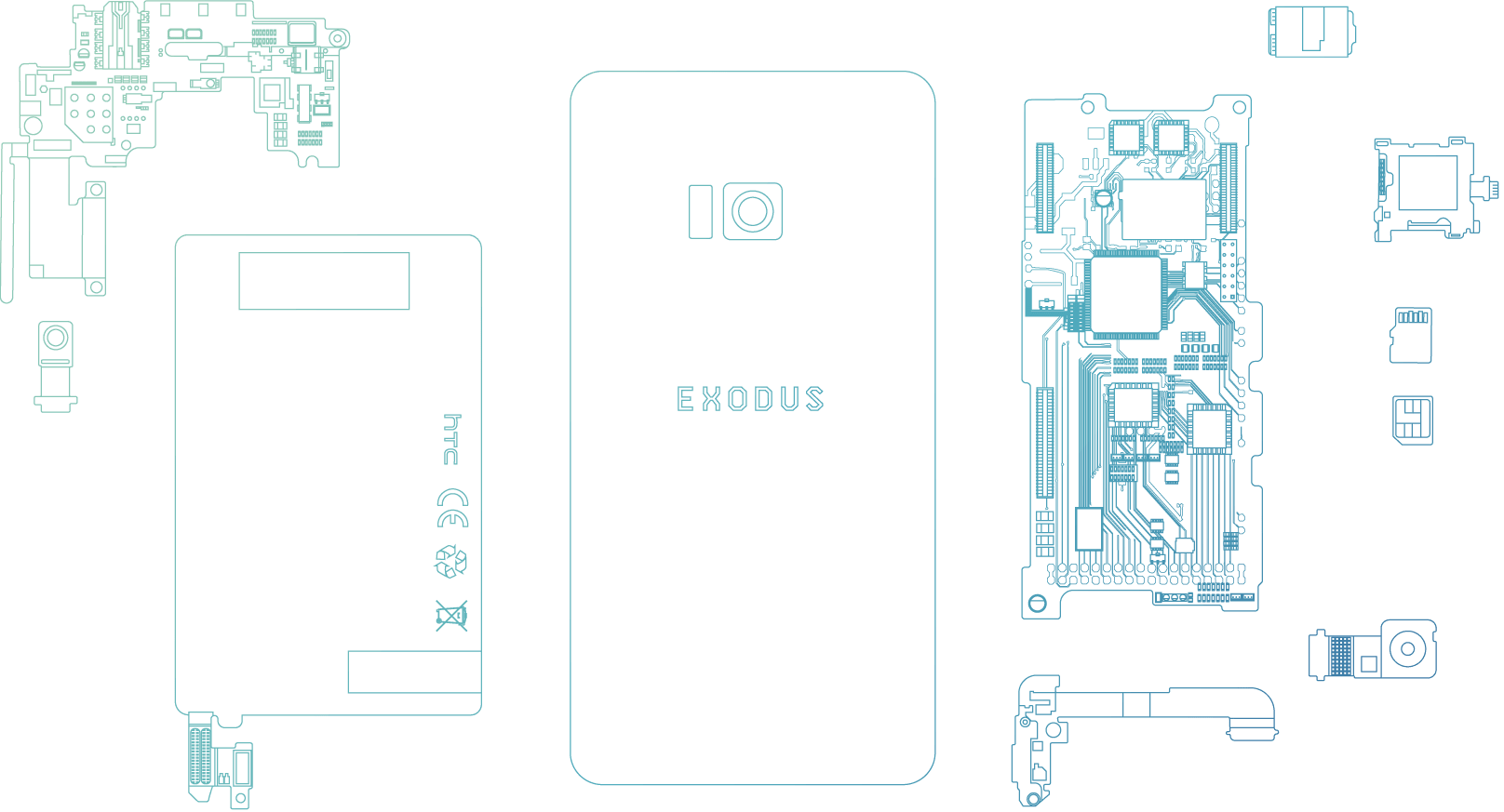 By contrast, the development of the Sirin Finney has been highly transparent. Sirin announced in April that Foxconn would be the phone’s manufacturer.

The Finney will also have a cold storage wallet, and will come equipped with a ‘Safe Screen,’ “a standalone screen that functions on dedicated firmware and will be able to independently verify that Finney™ wallet transactions are being sent to the correct addresses.”

Despite the lack of transparency surrounding the Exodus, Lee’s announcement will certainly do positive things for the project’s future.