Cryptocurrency exchange Bitfinex is launching its crypto derivatives products that will let traders make bets on the price of cryptocurrencies with up to 100x leverage. Screenshots confirm the new launch for its latest system upgrade that lays the foundation for Bitfinex’s derivatives trading products. It also shows that the exchange will start allowing users to transfer ‘balances’ to their ‘Derivatives Wallets.’ 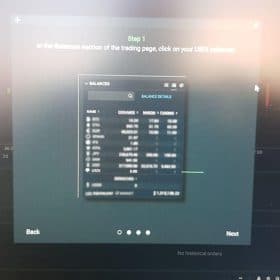 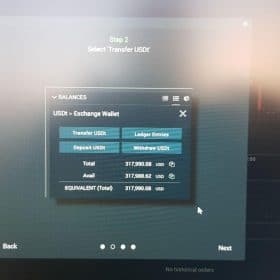 Meanwhile, Bitfinex is undergoing scheduled downtime today, and the exchange says it could take up to three hours before the exchange is online again. Bitfinex says the upgrade will “the stability and scalability of the iFinex infrastructure and new trading products.”

Bitfinex’s new offering aims to create a crypto-derivatives market that mimics the traditional markets in infrastructure. To push the wave of crypto-adoption within the derivatives realm, it mainly focuses on structured investments products whose value is linked to the performance of underlying cryptocurrency markets. 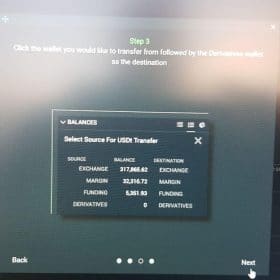 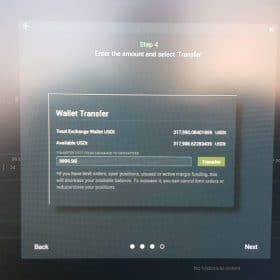 Significantly, the highly leveraged trading of cryptocurrencies will give qualified users an opportunity to hedge as well as buy and sell using a 1:100 leverage.

The launch also comes as most major crypto venues are setting their sights on popular crypto derivatives offerings on the market, such as BitMEX. Binance, for example, has rolled out margin trading functionality, although it is starting with a conservative approach and capping leverage at 3x. Bitfinex does already offer crypto margin trading, although the exchange has capped the leverage at 3.33x.

The derivatives product initially was referenced in a whitepaper published by Bitfinex for its $1 billion private token sale of LEO as beta testing was in progress in June. But shortly after this announcement, Bitfinex and Tether’s parent company, iFinex, decided against holding a public sale offering for its LEO tokens as they preferred not to undergo the operational and regulatory hassles of opening the offering to the general public. 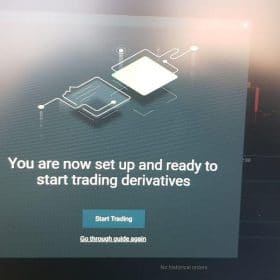 A busy year for Bitfinex

Bitfinex has had a busy year, fighting legal battles and media scrutiny about the stability of its stablecoin. The crypto platform and its affiliated stablecoin issuer Tether asked a US judge to dismiss the New York attorney general’s case against them, saying they did nothing wrong as they have never targeted investors in the state.

The US authorities have stepped up their enforcement against the crypto firms with the NY attorney investigating them for fraud because of duplicitous statements about the digital tokens’ backing. Specifically, Bitfinex is accused of using $700 million from Tether reserves to cover up losses of $850 million

The crypto exchange defended itself saying the money was deposited with a Panamanian-company called Crypto Capital but then was seized and safeguarded in several jurisdictions, including Poland, Portugal, the UK, and the United States, all through no fault of Bitfinex.

Share this article
Tags: Bitfinex
Got a news tip? Let Us Know