(This article is the first part of a two-part interview)

“Half a million new accounts in two months, and daily purchases of up to $100 million (non leveraged). Yep, I’d say that this crypto hype was good to us,” says eToro’s CEO and co-founder Yoni Assia.

We sit in his Israeli headquarters, overlooking the Tel-Aviv metropolis, for an exclusive interview on the tremendous changes that eToro went through in 2017 and what the future holds for the company.

eToro, which employs 500 workers around the world, was founded in 2007 as a multi-asset trading platform, with offerings such as forex and CFDs. Since then, it showed immense growth and, according to Assia, now has annual deposits of over a billion dollars. “We have more active clients than Interactive Brokers. We want to be the address for any person with over $10,000 in his pocket,” says Assia.

He revealed that eToro is currently working on establishing its own crypto “token-to-token” decentralized exchange. In his view, this is a natural step for increasing the possibilities for the company’s clients.

Assia is quite bearish on the possibility of launching an ICO for eToro: “It’s very complex to set up an ICO for such a company.” However, as he reveals, the option of an IPO in the near future is definitely on the table.

He is also contemplating some acquisitions and has set his gaze eastward. “South Korea and Japan are extremely interesting. We’re in a process of examining some exchanges there.”

One of eToro’s most prominent features is its social trading platform. Assia thinks that this is still the best way to trade. “Around 40-50% of the traders use it and we still believe in it. It allows you to share your trades, but more importantly to prove your gains to your peers.” 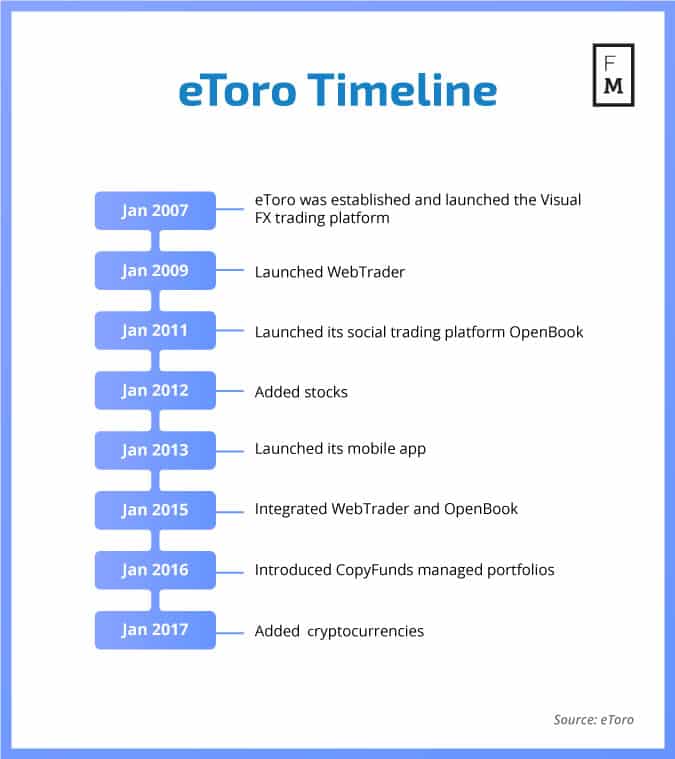 Assia, who is best described as a ‘true believer’, talks about cryptocurrency with the same enthusiasm with which other people talk about their children. And it’s no wonder – he was one of crypto’s earliest adopters, and saw the potential of this technological and financial movement early on.

If “cash is king” then what is #bitcoin ?

“I was in touch with much of [the] industry’s founding fathers,” says Assia. He is especially proud of his relationship with Ethereum’s founder Vitalik Buterin, who was just a young and eager programmer with an idea back when the two exchanged correspondence on the future of the blockchain.

This involvement doesn’t only exist on the corporate level. Assia holds quite a few Bitcoins, Ethereums, and various altcoins. In 2012 his laptop, which contained a serious number of bitcoins, was stolen from his home. He also invested part of his Bitcoin and Ethereum in some ICOs. But, all in all, he managed to keep quite a few of those coins in his pocket.

This physical possession of crypto-coins is what allowed eToro to establish its crypto operations at a relatively early stage, and thus be prepared for the crypto hype. 2017 brought a tremendous influx of business to the company, as it on-boarded more than 500,000 new accounts in only two months. At one point, eToro even attracted more users in one day than it previously had in an entire year. According to Assia, the daily purchase volume can reach $100 million.

eToro’s modus operandi is different from those of other crypto venues, such as exchanges (that are basically marketplaces token exchange) and brokerages (that mostly offer investment via CFDs).

eToro essentially functions like a large department store. It purchases coins from exchanges and fills its inventory so that it can supply its customers with ‘physical’ coins. “We are connected to 15 exchanges, through which we’re buying coins in large amounts. Once the inventory starts depleting, we’re purchasing more,” Assia noted.

According to Assia, one advantage of this method is that he can offer his clients the option of purchasing cryptocurrency in large amounts (up to $50,000), at a steady price and in a safe way. “Part of the top 20 coins have very problematic blockchains, in terms of storage, security, etc. We supply our clients with smooth execution and prevent the money from being stored on the exchanges’ wallets.”

This also solves the issue of crypto-gateways. “A trader who wants to convert fiat to several crypto assets will have to be on-boarded on various exchanges. He will also have to find one to receive fiat and then to wait at least 24 hours before the money is transferred. Once the trader has an eToro account and money is deposited, he’s free to trade and not to worry about all that,” says Assia.

Assia revealed that the company uses a similar method with stocks – a growing sector amongst his clients. “We hold hundreds of millions in stocks, both through direct acquisition and CFDs.”

Most forex and CFD brokers are still contemplating what this new blockchain revolution means for their businesses. But Assia has no doubt that this market is good news for his company: “This new industry is extremely interesting. It’s global and international like nothing we’ve seen before. This allows scalability and flexibility. The problem is that as long as there is a local regulation and every jurisdiction needs its own requirements, every country needs to have a local exchange.”

He views the recent regulatory changes as an opportunity. “The regulatory moves are a good thing. This will allow more order. Most of the things are very reasonable,” he says. Assia adds that the industry as it is now has many problematic breaches and thus needs to meet some basic requirements, similar to other financial channels. “Basic KYC and AML measures are necessary.”

Another advantage he sees is the maturity of the crypto and CFDs markets. ”I now see a strong correlation between the stocks and crypto markets.[The] same goes for CFDs. There was a disconnect between the stock market and CFDs. Now they are moving closer,” said Assia.