In a new report by Juniper Research, the UK based mobile research and analysis firm expects usage of mobile based wallets to double by 2018.  Titled Mobile Wallets: Strategies for Developed and Developing Markets 2014-2019, the report stated that mobile wallets on mobile phones would increase from currently 10% of devices to 20%.  Juniper pinned the growth on demand trends taking place in both emerging and western markets.

In emerging markets, the report stated that growth will be driven by deployment of Stored Value Accounts (SVA).  As an alternative of traditional banks, SVAs provide users to store, receive and transfer funds via a mobile device.  The product has been growing swiftly in Africa.  Among firms providing such services, M-Pesa has emerged as a leader in the continent with a multi-million person customer base in Kenya as well as other countries such as Tanzania and South Africa, reaching over $1 billion in transactions having taking place by October 2013.

In western markets, Juniper suggested that mobile wallet growth would be driven by ‘contactless’ payments.  Available also in the form NFC enabled chips on debit and credit cards, contactless payments systems provide users the ability to perform fund transfers without needing to swipe in a card reader or enter PINs.

P2P growth, but no mention of bitcoin

Juniper also added that P2P mobile payments was an area that is beginning to see traction.  Examples of initiatives were the UK Paym network and Dwolla, where users bank account were linked to a centralized system which enabled direct P2P payments between customers.  In regards to the UK Paym, the mobile app provides payment functionality via sending of a mobile number.  While the report touched on P2P offerings, it was limited to those using centralized networks.

Surprisingly not included in Juniper’s research was mention of bitcoins or decentralized payment networks. This was so, even as trends supporting adoption of bitcoins such as remittance in emerging markets, QR reader based contactless payments (left image), and of course P2P fund transfer functionality overlap directly with Juniper’s findings.  Regardless of the omission, the trends cited by Juniper, as well as user demand from mobile leaders such as Starbucks, suggest steady growth for wider-scale adoption of a cashless society, which is bullish for increasing consumer awareness for bitcoins and digital currencies. 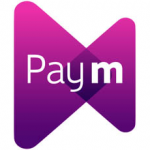 The research though, does shed light that while digital currencies can be said to have a ‘head start’ in providing value to the internet based payment space such as reduced fees, instant meta-currency exchanges, cross-border fund transfers and quicker transactions, existing financial networks are beginning to adopt their offerings.  Specifically, within the domestic payment space, multi-bank networks using cheaper transaction protocols like ACH in the US and mobile in the UK (Paym is currently being offering for free), and Canada’s Interac are providing efficient and low-cost solutions for consumers.  Similar to banks connecting their credit card networks in the 1960’s to allow for cross-bank payments, a similar trend is taking place using emerging technologies.