The once bullish ICO market has now matured and the wave of optimistic momentum has tapered off. ICO funding declined steadily throughout 2018 as investors became increasingly risk-averse following a series of ICO scams and security breaches. Negative rhetoric has been surfacing across the political and economic spheres with the likes of former Israeli prime minister Ehud Barak and Wall Street veteran Gary Shilling calling Bitcoin a “ponzi scheme.”

A Vacuum in the Market

In a bid to protect investors, some countries have taken extreme measures by banning all crypto-related commercial activities, whilst others have called upon authorities to increase regulation in order to clamp down on fraudulent market activity. The laissez-faire attitudes of the past have been replaced by a cautionary outlook as negative market developments have increased the demand for compliance and accountability.

Filling in the Void

Security Token Offerings (STOs) have the potential to meet the growing demand for compliance and accountability and fill the void currently facing the market. An STO is a tokenized tradable asset that is subject to securities, regulations, and compliances and acts as a way for companies to raise money, whilst simultaneously giving investors tokens that represent permissions and raise the investors’ confidence.

The benefits of STOs are multifaceted:

Polymath CEO Trevor Koverko recently described STOs as being the “biggest and best-kept secret in crypto right now.” He is one of many key players that are helping to streamline STO adoption in the crypto market. Polymath is set to become the next Ethereum of the security token market by enabling “trillions of dollars of financial securities to effortlessly migrate to the blockchain.” Ethereum is also joining the race with their ERC-1400 token standard that is purposefully designed for security tokens and is currently undergoing a testing phase. 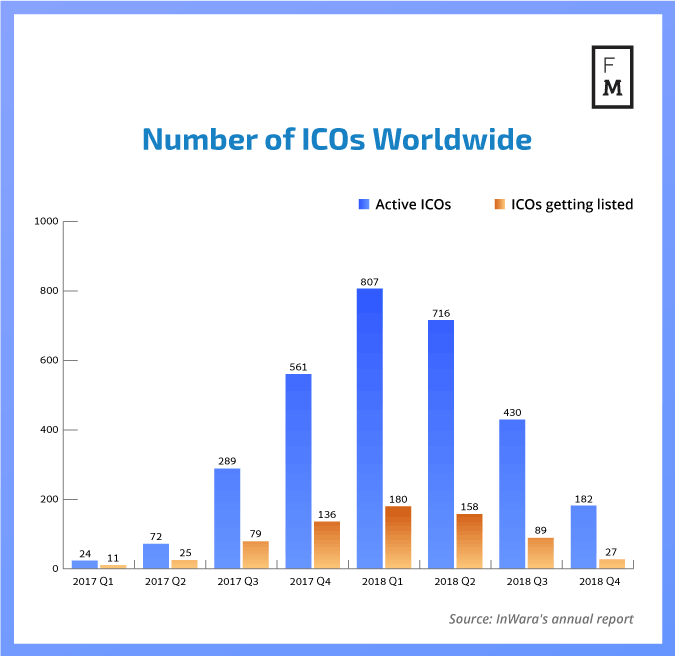 STOs have the potential to become the market standard for companies that are looking to raise funds in a compliant manner and tokenize their security offerings. According to Inwara’s annual Cryptomarket Trend Report, STOs are already picking up steam, having gained momentum in Q4 of 2018 just as the number of ICO listings experienced a significant drop. 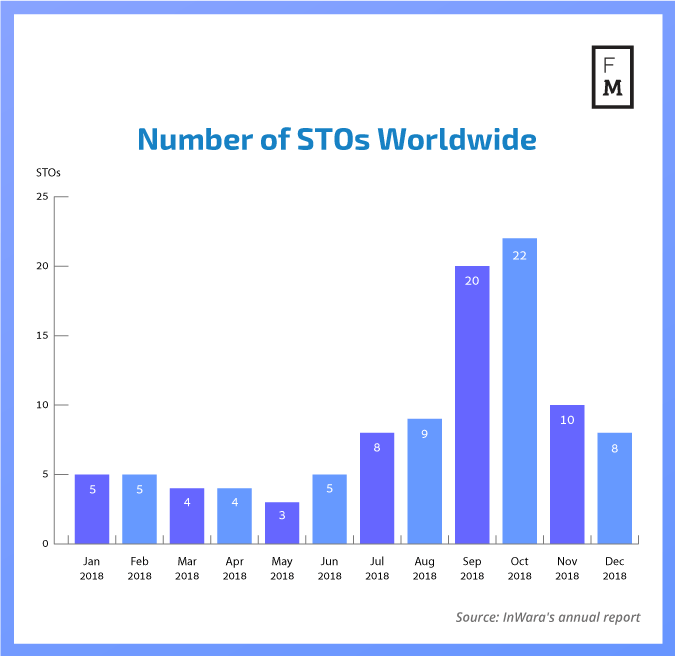 However, since a government entity is needed to approve and launch an STO, one could argue that compliance sacrifices some of the inherently decentralized benefits of blockchain technology.

For example, registering a startup offering through STOs requires a large initial budget for financial auditable and compliance requirements, which was previously unnecessary under ICO crowdfunding. This then raises concerns as to whether the adoption of STOs is a feasible way for startups and early-stage companies with low budgets to raise money. In addition, since KYC and AML are mandatory, anonymity (a key selling point of blockchain technology) is compromised.

Legitimizing the form of fundraising for blockchain projects expands the potential for the industry and creates a new accountable and compliant asset class for investors. As STOs increasingly become the preferred choice for fundraising new blockchain projects, the blockchain market will continue to mature from its days as an unsupervised, energetic child but it will now be under the watchful eye of a centralized authority.

Ophir Gertner is the co-founder of Smartologic.io & Founding Partner of True Global Ventures 4