The Zug-based fintech company Trade.io, a provider of innovative crypto solutions, began trading its TIO Trade Tokens on OKEx Exchange. The inclusion of the TIO tokens on the exchange, which is often ranked as the third largest platform in terms of daily trading volume, reflects the growing demand for the new instrument.

The Trade Token has been listed as TIO and the official trading pairs are TIO / BTC, TIO / ETH, TIO / USDT.

The company recently completed a successful crowdsale, raising more than $31 million, making it one of the biggest initial coin offerings to date.

There is perhaps no better place to see this progress in action than CoinMarketCap. TIO tokens has just been listed at the leading cryptocurrency resource. 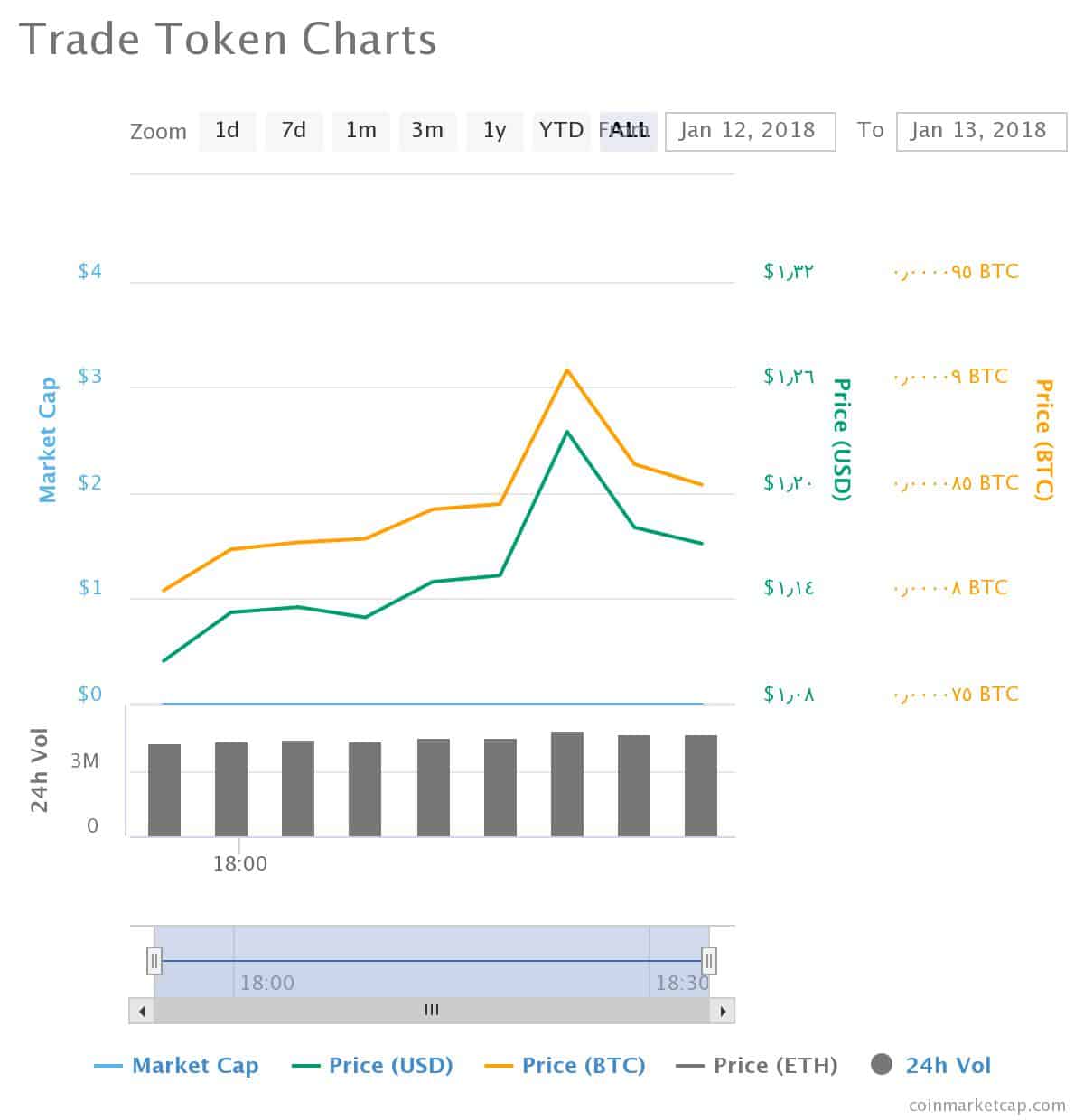 By reaching such a decent amount, Trade.io will be able to further strengthen its liquidity pool and continue building out its seed funding initiatives. The platform, which has received financial backing from Chinese billionaire investor Chien Lee, aims to integrate blockchain technology and smart contracts to create a peer-to-peer trading platform for crypto ‎assets. Furthermore, it plans to subsequently introduce forex and CFDs for ‎precious metals, oil, commodities, indices, global equities and more.‎

Trade.io also pays considerable attention to security and cutting down transaction fees using blockchain technology. Earlier last month, the company entered into a memorandum of understanding to ‎negotiate terms for the acquisition of a New York City based ‎broker/dealer.‎

Several major players have lent their approval to Trade.io. It was the first blockchain project to form an official partnership with FX and CFDs brokerage FXPRIMUS as an early adopter of the company’s technology and trading platform‎. The Switzerland-based company has also received an endorsement from several venture capitalists and early-stage investors.

Share this article
Tags: trade.io
Got a news tip? Let Us Know

Informative article. and what about ethermium.com? Using this platform you can create a new wallet in 1 simple click. Really.