The Gibraltar Stock Exchange (GSX) has rolled out a new product on its asset suite, becoming the first exchange in Europe to list a European regulated product based exclusively on the bitcoin, per a GSX report.

The group has unveiled BitcoinETI, an exchange traded instrument that is based on a composite of Bitcoin investments, which will in turn be listed on both the GSX and Deutsche Boerse under the ticker BTCETI. The launch of BitcoinETI is important not only for investors looking for transparent and viable exposure to Bitcoin, but also for future prospects for the cryptocurrency itself, which has crept into the realm of other investment instruments.

The introduction of BitcoinETI also represents the culmination of Gibraltar’s efforts to rebrand itself as a European cryptocurrency hub – indeed, the country’s decision to list an instrument entirely based on the digital currency will look to usher in a number of additional options in the future, as portended by Gibraltar’s Minister for Financial Services and Gaming, Albert Isola. 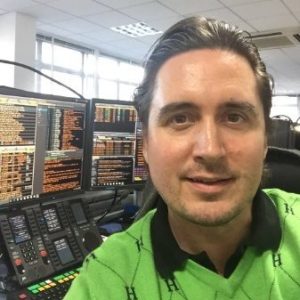 According to Ransu Salovaara, CEO of BitcoinETI sponsor Revoltura, in a recent statement on the introduction of the instrument: “We continue to work with the private sector and our regulator on an appropriate regulatory environment for operators in the digital currency space and the launch of this ETI on our stock exchange demonstrates our ability to be innovative and deliver speed to market.”

Share this article
Tags: bitcoin / gibraltar
Got a news tip? Let Us Know

another bitcoin index fund…how many of these do we really need?