Photo: FM
Share this article
This guest article was written by Malcolm Cauchi, founder and CEO of Targo Exchange, a cryptocurrency exchange offering Bitcoin and other digital currencies. 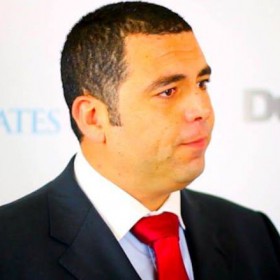 After the turmoil of the last few days concerning the infamous potential hard-fork in Bitcoin, it’s no surprise that people are taking a closer look at alternate coins (alt-coins) and evaluating the possibility of investing in such coins, with Litecoin being the most prominent alt-coin currently in circulation.

Funnily enough, my interest in cryptocurrency started off with alt-coins rather than Bitcoin per se, and I remember quite clearly how I came across Ripple (XRP) and started reading about it.

The main reason why people choose to invest in alt-coins is that the possible return-on-investment (ROI) is much higher than that which Bitcoin offers, at least in the short-term. I saw several alt-coins fluctuating up and down by 1000% or more, and rest assured – there’s no extra zero in that figure.

The downside to investing in alt-coins is that it requires a lot more effort and time as well, as the alt-coin market is much more volatile and ridden with scamming schemes known as “pump-and-dumps”, where the market is manipulated in order to increase the price and then sell at the top of the price surge.

Although I firmly believe that the cryptocurrency which will take the world by storm won’t be Bitcoin but an alt-coin, currently it is prudent to invest in alt-coins on a short-term basis, with the best option being to buy at a low price, and sell at the first “pump” in the price.

Here are some criteria which can help you determine which alt-coin represents a good investment:

In order to gather the trust of potential participators and investors, it is important that the alt-coin in question is completely decentralised, with no pre-mine of the currency having taken place. Furthermore, it is also prudent to steer off alt-coins which are touted as decentralised with no pre-mine, but which have mysteriously gone through a flat period and have suddenly been brought back to life.

This is often a clear indicator that the creators of the alt-coin have taken advantage of the dead/flat period to mine the currency at a very low difficulty, and then hyped it up to bring back investors and shoot up the price, with the intention of selling their own hoard at the first possibility. This, in fact, is precisely what happened with Megacoin for instance. Steer off pre-mined currencies as more often than not, the pre-mined amount will be sold off as soon as there’s a slight increase in price.

A myriad of alt-coins have been created throughout the past few years, especially with the emergence of websites which offer alt-coin creation services at a very low price. Most of them are clones of the more prominent coins, and offer nothing new to the market; in fact, such coins are apt to die off after a few months, and some do not even take off at all.

First of all, the prominent alt-coins are not created using an alt-coin creation website; they are created by a dedicated and active team of developers, and sometimes created from scratch using other hashing algorithms apart from SHA-256 and Scrypt, the algorithms which are used in Bitcoin and Litecoin respectively.

Secondly, alt-coins should seek to offer something different to the market, as otherwise it would be pointless to create a clone of a coin which has already established itself. Two of the most innovative coins which I happened to come across were Myriadcoin and Huntercoin.

Myriadcoin made use of five hashing algorithms with each such algorithm having an equal distribution in its network, and with each algorithm catering for different miners; one algorithm was aimed at CPU miners, another one was aimed at miners with old GPUs, and so on. This meant that the coin could be mined by a wide variety of people, and its structure made it very resilient to 51% attacks, as an attacker would have to control 3 of the 5 separate algorithms.

Huntercoin could only be mined by playing a P2P-based game, which was basically an online multiplayer real-time strategy game. The more you play, and the better you plan your pieces, the more coins you gather, making it effectively the first “human-minable” coin.

The dev-team has to maintain constant contact with its community, and answer each and every question which arises with confidence and certainty. If the dev-team fails to keep constant contact on places such as reddit, bitcointalk.org, Facebook and so on, then it means that the dev-team is not really interested in what the community has to say and offer vis-à-vis the alt-coin, which is the whole point of decentralisation.

Moreover, it could be an indicator that the dev-team is simply aiming to pump up the price and then sell off whatever they have mined at the right time, and abandon the project.

Finally, it is ideal that the people behind the alt-coin publicise themselves and let the community know who they are and how they can be contacted. It is always nice to have a face, a real one, backing up a project and reassuring the users of the alt-coin that they are dealing with a real person who’s willing to stake his/her reputation and ensure that the alt-coin will succeed. This is one particular area where an alt-coin can trump Bitcoin, which has been created by the ever-elusive Satoshi Nakamoto.

So there you are – try and spot alt-coins which satisfy all four of these criteria, and you have as high a level of certainty as you can manage to get in such a new and dynamic market.

However, it is important to remember that you should never invest more than you can afford to lose, and that in order to truly make a worthwhile ROI, you should be willing to sacrifice a lot of time researching alt-coins and finding the right targets.

Malcolm Cauchi has been working in the financial service sector since 2006 and has worked with names such as Saxo Bank, FXCM, FXDD, and last held a position as Chief Operating Officer with Sensus Capital Markets. Malcolm is now the founder and CEO of Targo Exchange, a cryptocurrency exchange offering Bitcoin and other digital currencies whilst still being active in the financial services sector as a consultant offering expertise, especially to brokers.

I would say the NEXUS project is a great coin to look into for a long. The developer continues to release solid and very innovative features like fresh coded from the ground up Variable Proof of Stake, lower level databases and three channels of securing network… GPU, CPU and nPOS. Check out the project… this is likely the most undervalued project I have ever come across. Big things in the works.

Also you can hear from the non-anonymous Developer Colin Cantrell in this interview.

Bytecoin, reddcoin and myriad coin are the most undervalued coins currently available

How to Choose Which Alt-Coin to Invest In
wpDiscuz