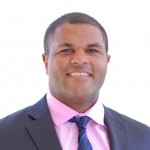 Shaun Hoyes is an investment advisor from Miami, FL and writes about the practical applications of blockchain technology in the world of finance.

After a year of lively debate over what the transaction capacity limit should be on the bitcoin network, two prominent bitcoin developers rolled out a piece of software that sent rumbles throughout the bitcoin space. On August 15, 2015, Mike Hearn and Gavin Andresen released Bitcoin XT: an alternative software to the one that has served as the “backbone” of the bitcoin network thus far, Bitcoin Core.

In technical terms, Bitcoin XT is an implementation of a Bitcoin full node that is a “hard fork” of Bitcoin Core. Bitcoin Core has been the source code utilized by miners to verify transactions in exchange for mining rewards, providing stability to the network. Bitcoin XT can be viewed as another form of Bitcoin Core with a little more transaction-processing capacity where bitcoin transactions will occur on a separate blockchain.

The reason for the rollout of Bitcoin XT stems from a long debate within the bitcoin core development team as to what the block size limit should be set at (bitcoin transaction capacity limit). The block represents a record of transactions that occur on the blockchain. Various factions of the bitcoin community have interjected in this debate with some arguing to leave the current block size limit at 1MB to those advocating the elimination of a limit altogether. Earlier this year, Gavin Andresen, a developer belonging to the 5-member bitcoin core development team, made an official proposal, referred to as Bitcoin Improvement Proposal 101 (BIP 101). BIP 101 proposes an increase to the block size limit to 8MB, and if consensus were achieved by January 11, 2016, the block size limit would double in size every two years until the year 2036.

The truth is that the current capacity at which Bitcoin Core operates at is limited, and some have argued that this has hindered user adoption. The developers behind Bitcoin XT seek to “scale the network up” in an effort to handle the increased user activity necessary for bitcoin to compete with the Mastercards and Visas of the world in terms of processing payments. By increasing the block size limit, more transactions would be allowed to occur at once on the network without backlog. However, opponents of BIP 101 argue that such a move would give way to greater centralization of bitcoin by making it more difficult for ordinary, non-institutional users to host nodes on the network and giving more power to a select few. (Nodes are responsible for validating all new bitcoin transactions on the blockchain, sometimes also referred to as “mining”.)

Bitcoin is an open source protocol, functioning similar to a democracy where users vote in the form of adopting upgrades and implementations rather than casting ballots with hanging chads. In the case of raising the block size limit, consensus must be achieved through a hash-power supermajority vote. In order for BIP 101 to come to fruition and for the block size limit to increase to 8MB, at least 75% of all bitcoins being mined must be done so on Bitcoin XT by the January 11th date. If this occurs, (1) the measure will be considered to be adopted, (2) Andresen and Hearn will continue with the Bitcoin XT project and increase the block size limit, and (3) Bitcoin core nodes will have a two-week window to upgrade their software to support bigger blocks. If the supermajority vote is not achieved by the set date, then the project will be dropped.

Time will tell as to whether or not the majority of miners adopt Bitcoin XT as a new full node. Regardless of this outcome, bitcoin as the digital currency will remain the same; bitcoins that were acquired before the hard fork will retain the same value. The retail consumer will not notice much of a change in that bitcoin businesses and services will happily upgrade their software accordingly.

Bitcoin XT is an improvement and an upgrade to bitcoin, a technology still in its infancy. Every technology utilized by real-world commerce must undergo constant change and evolution in order to adapt to its ecosystem; Bitcoin is no different. Whether or not Bitcoin XT succeeds, projects like these will help make Bitcoin scale above and beyond its current level of adoption by helping businesses create common-sense solutions to real problems that face the world’s financial system.