Bitcoin has been making waves in terms of usage– unfortunately, not in a direction that most supporters of its adoption would generally recommend. There is a growing concern that the unique traits of the cryptocurrency make it highly susceptible to extortion, and there is no denying that the finance and banking sectors are viable targets. The attacks have begun, starting with reported cases of Hong Kong and Australian websites suffering unforeseen cyber-attacks fairly recently.

Now, as new studies emerge, finance executives are even more reluctant to associate their businesses with bitcoin. Will this hinder bitcoin advancement for at least a few more quarters, or is this just another hiccup for the cryptocurrency movement?

DDoS (distributed denial of service) attacks have been a prevalent problem for companies that conduct a significant amount of their business online. Once a website goes down, it doesn’t only lose its visitors, but also its potential customers, partners, and most importantly, trust.

Online gaming sites and exchanges have been frequent targets of cryptocurrency-related attacks of this kind. These companies have complied with Bitcoin extortion in order to gain back lost status and reduce the risk of more implications.

Akamai Technologies released a report early last month regarding the run of illicit activities executed by a group of cryptocurrency coercers, DD4BC (DDoS for Bitcoin). Apart from detailing the campaigns of the group, the report also suggests that copycats will join the game, fostering alarming cyber-security situations.

Arbor Networks, a security division of NETSCOUNT, have scheduled one of their leading experts in DDoS attacks, Roland Dobbins, to present the campaign for Bitcoin extortion at the 65th North American Network Operators’ Group (NANOG) conference in Montreal, Canada, essentially exploring the implications of this unlawful avenue of cryptocurrency application.

We see that the ransom business is booming indeed, and with the advances in cryptware, ransomware has officially become a serious point of concern. Ransomware is a form of malware that locks your computer or mobile device, preventing you from accessing any of your data until you pay a corresponding ransom.

Financial institutions are not the only ones at risk, but government agencies, proprietary businesses, and academic establishments are also highly probable victims of ransomware. Unfortunately, as the digital currency grows, Bitcoin in particular, propagation of this tech has proliferated as well. It has been more convenient for extortionists to ask for Bitcoin payments – it’s fast, it has fewer fees, it’s unregulated, and it’s anonymous.

Now, according to Fox-IT, the three ransomware families that we direly need to watch out for are CryptoWall, CTB-Locker, and TorrentLocker, all of which have been around for a while and have notoriously made a lot of victims via fake emails and exploit kits, claiming to be financial agencies.

Evading even the chance of acquiring ransomware can provide itself to be a quite a challenge because most of it overrides anti-virus detection, but having antivirus installed may still help – even a little bit. Of course, being wary of these programs is still quite a good way to go. After all, bitcoin is gaining more appreciation every minute. It’s only a matter of time before its real value manifests itself.

Share this article
Tags: bitcoin / Community
Got a news tip? Let Us Know

Tell me why we are talking about Bitcoin Extortion, when clearly the biggest form of extortion happened with the US banking cartel. ….

you are fast… i have no idea, let’s wait for the official announcement on dukascopy’s or fxdd’s site, though i’m not sure they gonna discuss that. perhaps better contact either broker’s support?

Tell me why we are talking about Bitcoin Extortion, when clearly the biggest form of extortion happened with the US banking cartel. ….

You know what stops ransomware cold in its tracks? Backing up your data.

Got ransomware? Restore. Done. Blaming this on bitcoin is disingenuous.

You know what stops ransomware cold in its tracks? Backing up your data.

Got ransomware? Restore. Done. Blaming this on bitcoin is disingenuous. 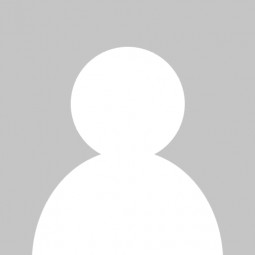 The Man with The Cap
www.themanwiththecap.com/
wpDiscuz