As we approach the end of the month, the ongoing battle between Binance and OKEx continues. Meanwhile, the stagnation of Bitcoin markets is benefiting other cryptocurrencies.

The first half of September saw Binance dominating the playing field once again. Among crypto exchanges that charge fees, the Chinese trading venue had the largest trading volume, coming in at $17.76 billion. Binance was followed by its biggest rival OKEx. The Hong Kong-based exchange had a volume of $14.56 billion. Huobi took third place with $10.74 billion traded.

Interestingly, not all exchanges had the same coins leading their popularity charts. In the case of Binance, Bitcoin was clearly the most popular traded cryptocurrency with an average daily share of 22.18 percent of the total volume. Trailing far behind in second place was Ethereum. It had a 12.78 percent share, and EOS was in third place with a share of 6.5 percent. 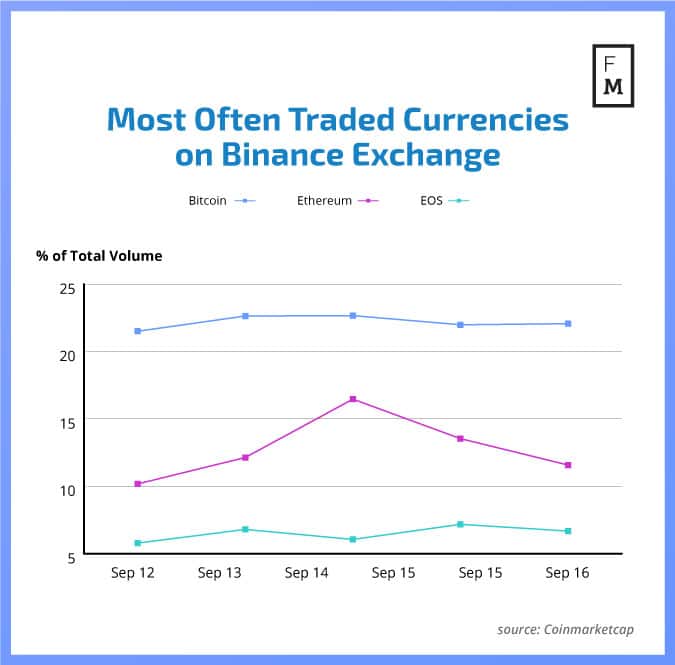 On OKEx, the difference between the volume shares of the leading coins was less pronounced. Bitcoins trading was responsible for 16.56 percent of the total volume, while Ethereum made up 16.06 percent. EOS meanwhile, made up 13.7 percent of OKEx’s total trading volume. Notably, Ethereum managed to overtake Bitcoin as the most heavily traded coin on OKEx. It happened on September 14 and 15. 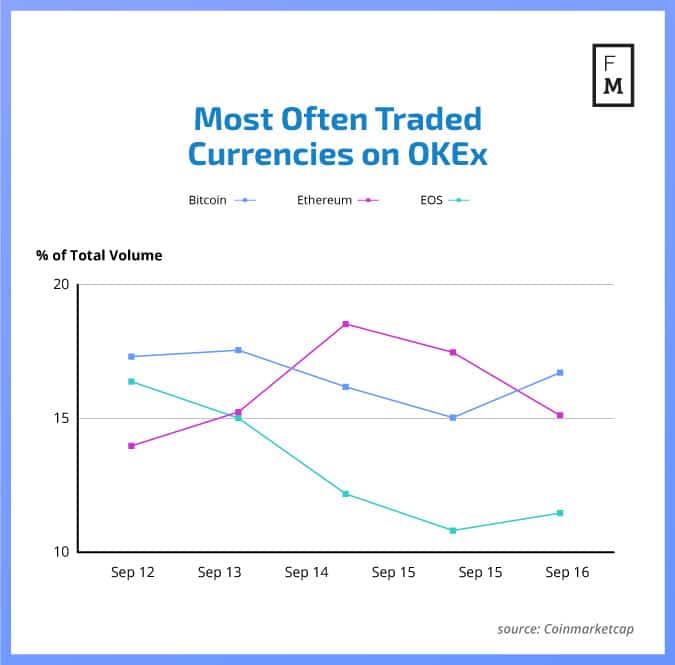 The situation for Bitcoin was even less favorable on Huobi. Ethereum was able to take the top spot as the most often traded currency between September 12 and 16. Overall it took 19.8 percent of the total volume share. This number stands against 15.9 percent of the total trading volume filled by Bitcoin. Except for September 12, Ethereum was the most often traded currency on Huobi on all remaining days of the observed period. 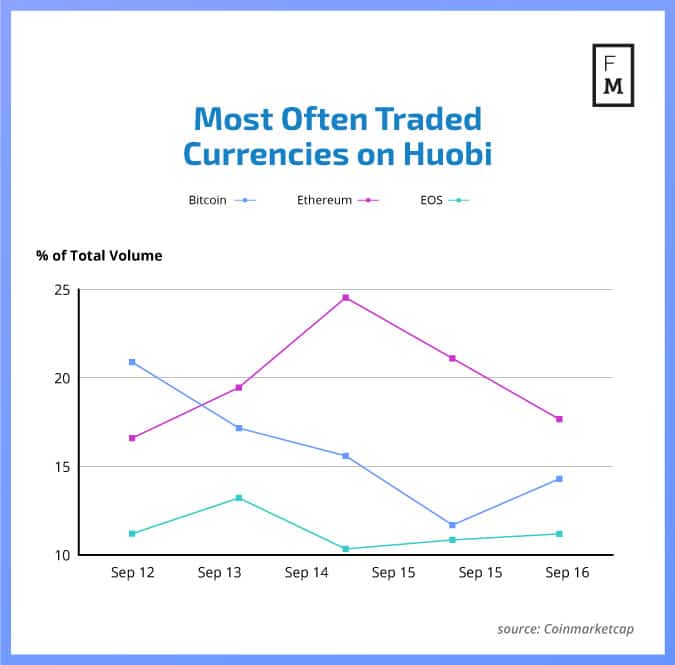 And the Singapore-based crypto venue with Chinese origins keeps searching for new markets to continue its expansion. In August, Finance Magnates reported that Huobi invested in OpenFinance Network (OFN), a trading exchange for tokenized securities. The purpose of this partnership is to provide Huobi with additional exposure to new markets.