The team from the heart of Italy, has been having some tough times since the 2013 season, when it was moved to the lower tier Italian championship Serie B. However only a year later, the team is back in the elite level of Italian football in Serie A and is currently holding the penultimate spot in the championship after only five games have been played in the 2015 season. 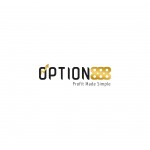 Despite the relatively low population of the city of Bologna (less than 400,000), the deal is opening the doors for Option888 to build its brand name in Italy and internationally.

The binary options brokerage is operating under a Maltese gaming license and announced a technological partnership with Tradologic last year. The company has started to promote its services to European clients in recent months, with the popularity of football in the region expected to boost the status of the brand.

Option888 will be visible on all TV relevant platforms

A spokesperson for Bologna FC shared with Finance Magnates’ reporters, “Option888 will be visible on all TV relevant platforms including the new mega partnerboards which had been implemented for the first time in Italy by Bologna FC. Moreover the company has several online rights.”

Another major binary options sponsorship deal was announced earlier this week with EZTrader announcing a partnership with French AS Monaco.