In a room with football jerseys signed by members of teams that EZTD has signed sponsorship deal with, Finance Magnates sat with the binary option and forex broker’s CEO Shimon Citron for an open discussion about the company’s past, present and future. The goal of the meeting was to follow up with Citron after the EZTD surprised many with an announcement earlier in the month that the Financial Futures Association of Japan (FFAJ) had granted them a Securities Company license.

“Learned a lot about regulation”

Citron explained that the approval from the FFAJ was the culmination of a long year where the firm “learned a lot about regulation”. The Japanese license was acquired from GKFX who had previously operated in the country. According to Citron, the acquisition process was a year-long initiative that involved multiple layers of due diligence to complete the deal.

For EZTD, that operates several binary options and forex trading brands, but is best known for its EZTRADER binary options business, the process with the FFAJ was simultaneous with regulatory dealing in Cyprus and the US.

Within Cyprus, the broker received a €340,000 fine from local financial regulator, CySEC. Elsewhere, in the US, EZTD received admission for its stock to trade on the OTC Markets’s OTCQX marketplace. Within the OTC Markets, the OTCQX is viewed as their highest level marketplace, with what the exchange calls “investor-focused companies that meet high financial standards”. For EZTD, admission required the company to provide verified reporting and undergo continued annual verification of its financials.

Best restaurant in the neighborhood

Citron expressed that “to bring a company that is doing binary options to the United States was one of our greatest challenges”. Citron explained that the challenge to overcome was fulfilling the filing requirements from the SEC and explaining the story of binary options in a country where there aren’t any regulated brokers offering the product to retail customers (the exceptions are NADEX and CantorExchange that offer the product through an exchange model).

In terms of its stock, Citron believes that “we have a very nice story”. He compared it to the best restaurant in the neighborhood, but one that no one knew about. Therefore, part of EZTD’s job now is displaying the opportunity to US based investors. In this regard, Citron believes that binary options as a product is much easier for US investors to understand because there is no leverage. This contrasts with forex brokers that have a harder story to explain to shareholders.

Citron stated that they are talking to various brokers who like the story of EZTD being the first firm to bring to stock investors a binary options company that is regulated in other countries. Overall, Citron expressed that feedback has been positive from brokers, with them liking the growth in the industry. He also added that NADEX has begun a television campaign which raises overall awareness of binary options in the US which is beneficial for EZTD’s stock.

Explaining the decision to enter Japan, Citron simply answered “123 million people” and the opportunity that provides. As for its operations there, although Citron views his firm as 99% binary options, EZTD arrives in Japan with its forex offering first. According to Citron, the firm will begin to service live accounts in March with a goal of launching binary options several months later after it becomes approved by the FFAJ.

In getting licensed in Japan, Citron stated that the firm worked with local lawyers and consultants and engaged in meetings with regulators to satisfy requirements. Part of that process included a review of its trading platform as well as meeting minimal capital requirements in the country.

Despite the difficult process, Citron expressed that the company views it as very important for their future. As an example, he explained that Japanese regulators are no longer issuing new licenses, and the only way in now is to acquire a regulated broker there. As such, Citron mentioned that since becoming approved in Japan, his firm has been approached by several foreign firms about partnership opportunities.

One of the questions posed to Citron, as well as discussed by many licensed brokers in the forex and binary options industry, is whether regulators are doing enough to prevent unregulated firms from doing business? Citron answered with an unequivocal “no”.

Citron explained that in the gambling industry, when the US banned online gambling in 2006, it was enforced by putting rules in place to limit payment firms from processing credit card transactions for gambling. As such, Citron believed that similar measures should be put in place by regulators if they want to display that they are stopping unregulated brokers from accepting customers from their countries.

Citron stated that his firm, along with many other large brokers in Cyprus, are paying fines with more on the way from other firms, but little is done against unregulated companies. Citron stated that “regulators have to help the existing companies that are paying so much to be regulated”. He also added that he didn’t believe it made sense that regulators are ignoring brokers that operate an unregulated brand alongside the licensed one.

$20 million in deposits and value in the future

As a public company, EZTD now becomes required to file annual financial reports. Its most recent filing showed that it recorded $19.5 million in revenues for the first nine months of 2015 which was a 36% increase from the same period in 2014. Overall for 2015 it expects to have recorded around $25 million in revenues when it reports later this year.

According to Citron, 2016 has begun even better with the firm having recorded a record in new accounts and deposits during January. While Citron wouldn’t disclose overall deposit figures for the record month, he did state that it was close to 20x the performance of two years ago, with Finance Magnates estimating the month at around $9-12 million in deposits. 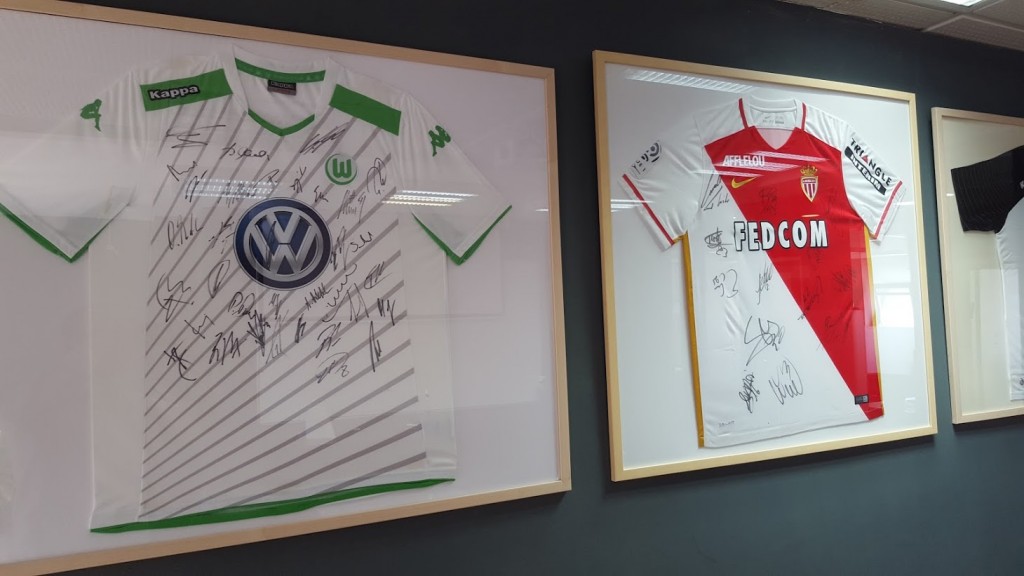 Despite the deposit growth, Citron expressed that the company’s mission for 2016 is “expanding customer value”. He explained that this will be done through the launch of a new website in the next few months and a new mobile platform app slated for later this year. Also, along with its current sports sponsorships, EZTD is expected to sign others to increase branding of its company.

Another area where it believes that it can provide value to customers is through higher payoff rates. According to Citron, average payoffs on successful binary options are between 75% to 80% at EZTD with them expected to rise to 85% to 90%. Citron believed that the overall industry is headed to better rates for customers which will put pressure on many weaker brokers.

Correction: A previous version of this article reported that Finance Magnates estimated EZTD’s record January deposits at around $20 million when in fact our calculations were $9 – $12 million. The error was due to confusing the figure with another data point from the company.

$20M in monthly deposits is equivalent to an FX firm doing in excess of 100 bln of monthly volumes ie equivalent to what one of the biggest FX firms out there is doing with more than 10 yrs in operation.

Please do not underestimate our intelligence.

@jon – you are correct, the estimate I calculated is $9-$12 million, but confused it with another stat when I was putting my notes together and wrote the article. Apologize for the error. But also bear in mind that this was a record month and most likely the result of several operating factors having worked out correctly for them in January and not a given that will be reproduced throughout 2016.