The latest benchmark created by the Finance Magnates Intelligence Department and CPattern reveals that binary options deposits and withdrawals have dropped by more than 50% during the first six months of 2017.

In what seems to be the lowest point in almost a year, the average trader deposited $309 in June, compared with $1388 in January – a 78% slide. When comparing with February’s data (this year’s strongest month), the slide is even more evident – 85%.

The slide in the first deposit benchmark (FTD) – the average first-time deposit by new traders – is a little less dramatic, remaining at 30%. However, compared to the end of 2016, the drop is almost 50%.

A similar trend can also be seen in the average withdrawal of funds from the binary options accounts. During June, traders withdrew some 57% less than they did during January this year. 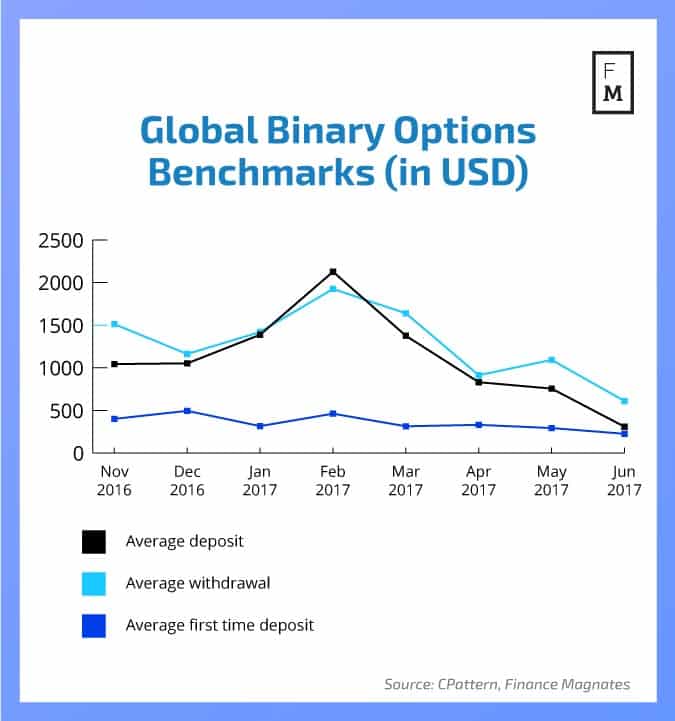 It’s safe to assume that these conclusive figures are a product of the continuing decline of the binary options industry. This trend came to a head around the last two quarters as a result of new regulatory frameworks in the European Union, Australia, Israel and other jurisdictions. This has already knocked out some of the industry’s strongest players, such as Banc De Binary, 24option and IQ Option.

In the retail forex industry, the same indicators remained roughly at the same level, and sometimes even spiked, during these six months. The average first time deposit and the average withdrawal grew by more than 27% and 8%, respectively, from January to June 2017. The average deposit slightly declined by 11% in the same period. 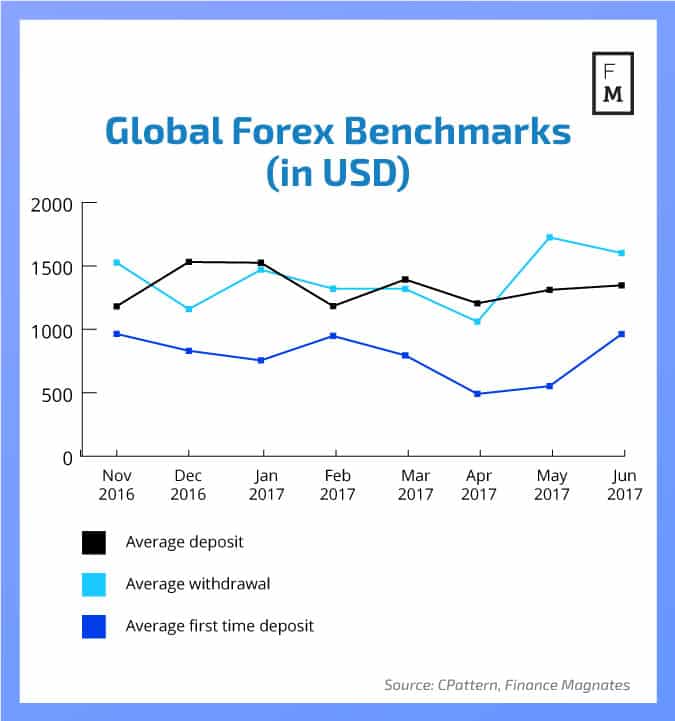 The research and analysis work conducted for preparing this index was powered by the retention automation firm CPattern.