Both September and October brought growth in the value of the average withdrawals made by retail forex traders. A similar pattern was observed when it comes to the values of average first-time deposits. Finance Magnates Intelligence examines the latest data from cPattern, highlighting key changes. 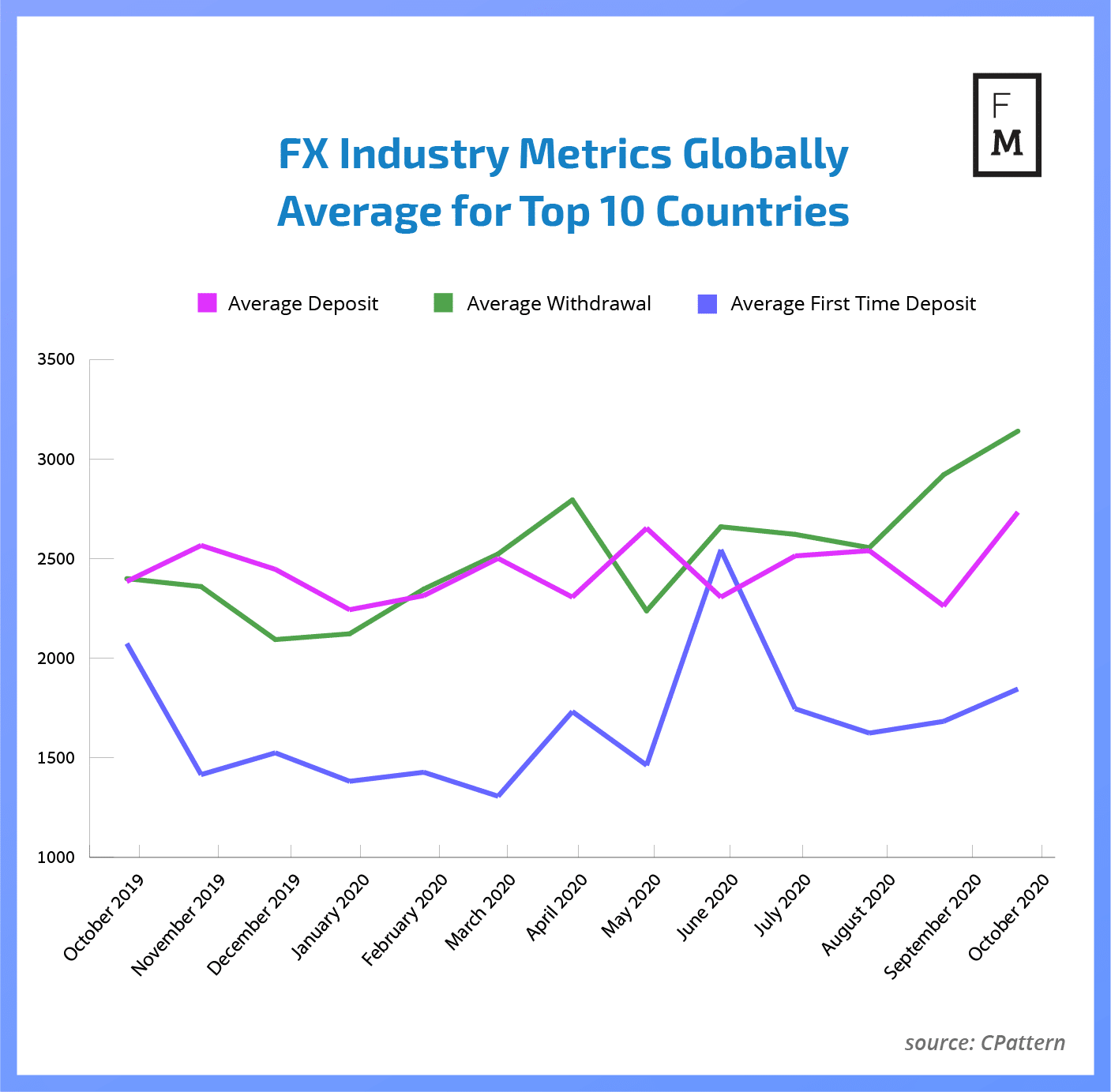 An interesting trend is being observed when it comes to the activity of forex traders. For the last four months, we have seen a growing number of transactions being made by retail traders. The average forex trader was carrying out 190,9 and 198,7 transactions in October. 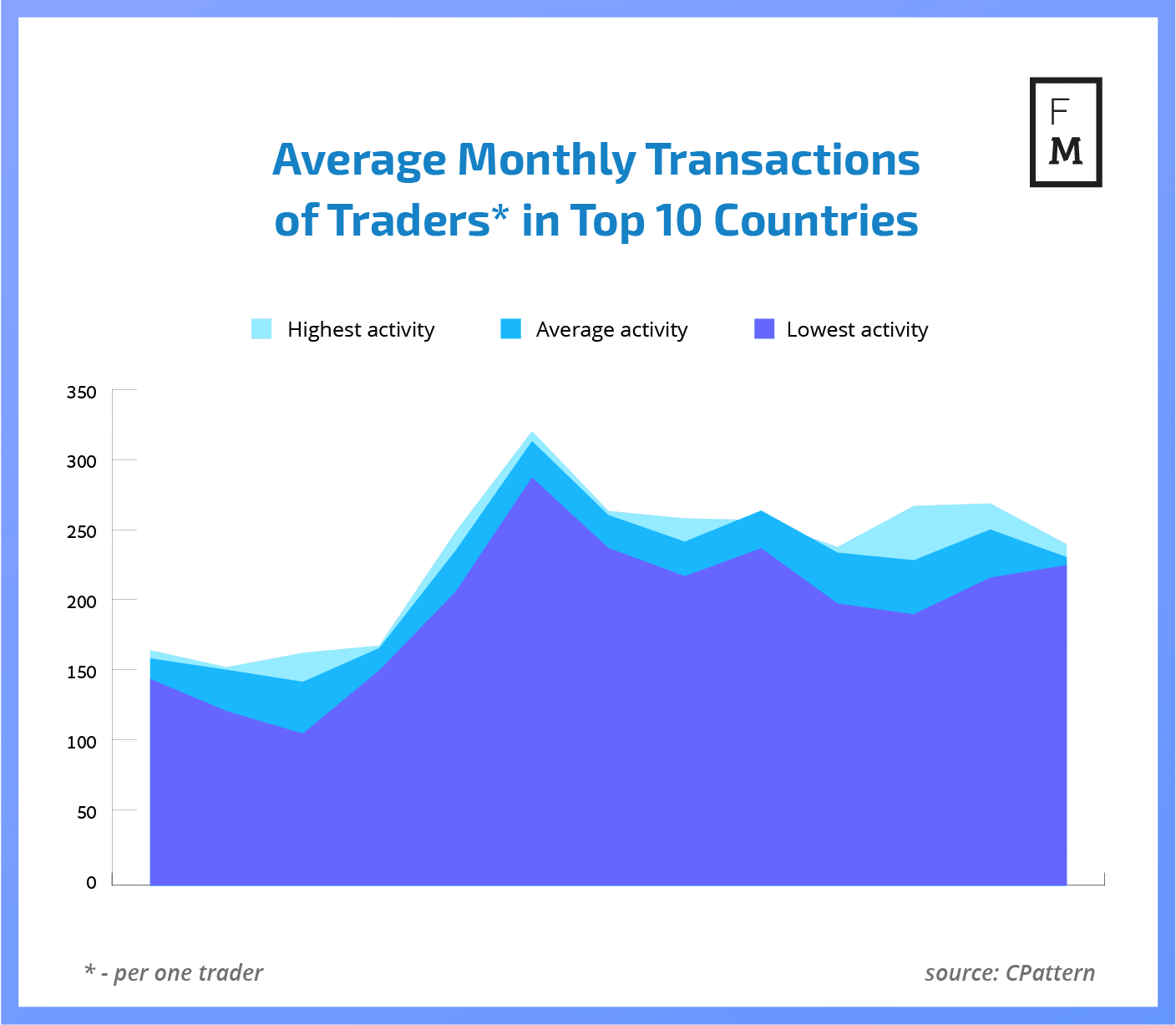 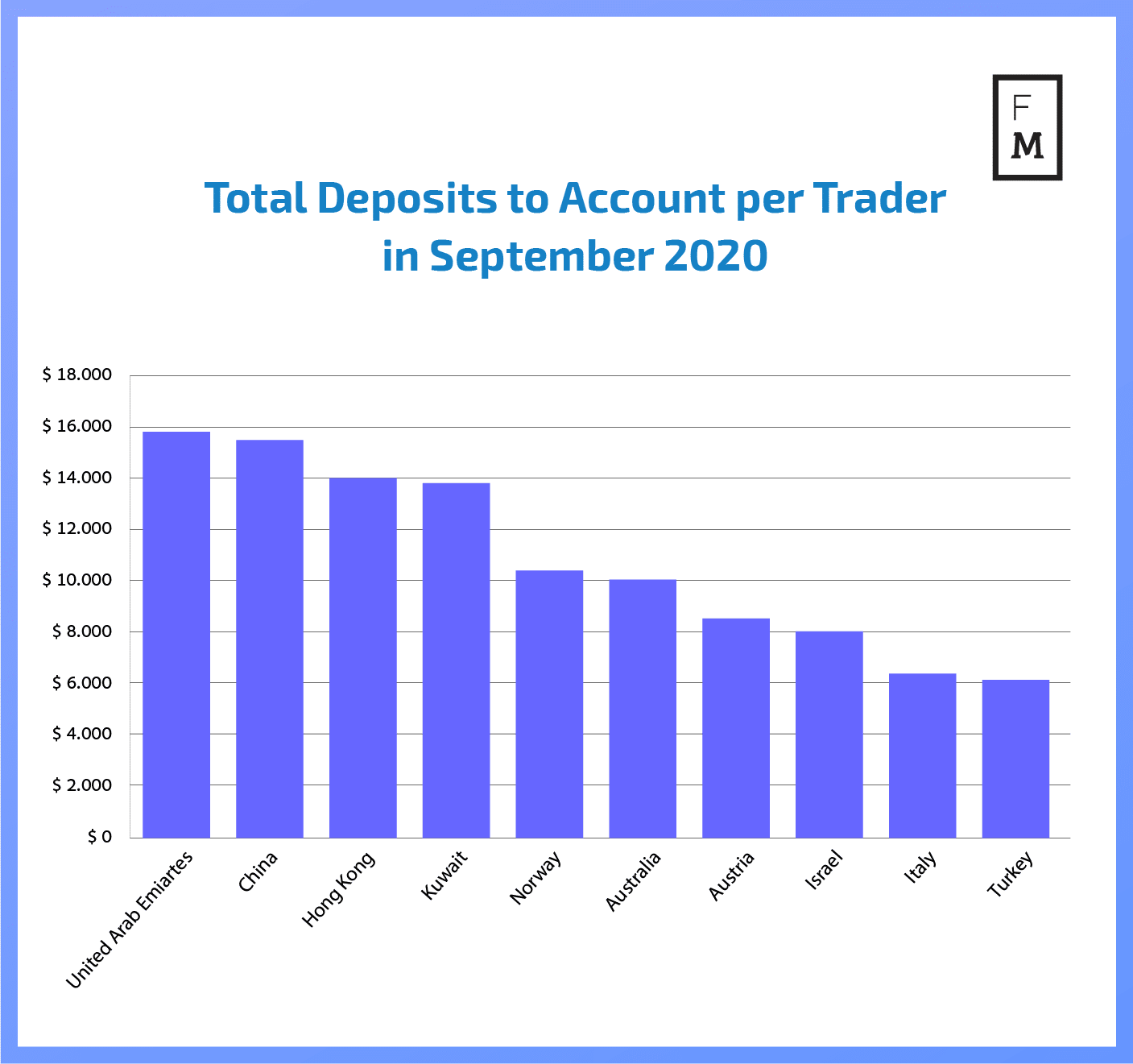 An interesting change took place in the rank of total monthly deposits. This time it was Vietnam, where forex traders were depositing the largest funds. In October, it was $22,435 on average per account. A long-time leader of this rank, the United Arab Emirates was third this time, behind Belgium, with $16,368 deposited on average. 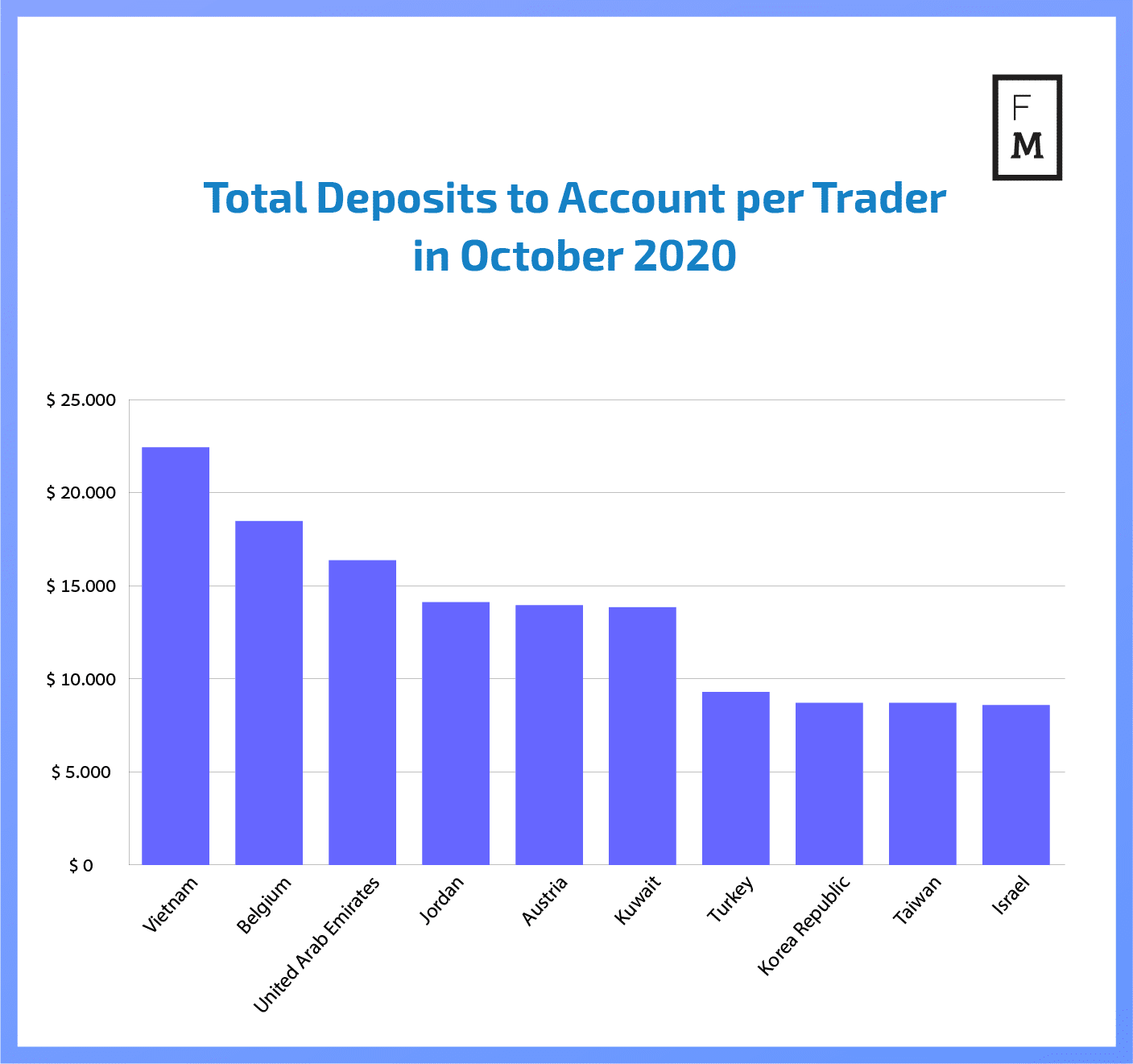 Vietnam more and more often marks its presence on the global FX/CFD scene, becoming a promising destination in Asia. Earlier this year, Fullerton Markets, a brokerage company, announced that it has established a white label partnership with NFX1 Group, a company based in Vietnam. More partnerships and more growth is expected.

This is the latest publication from the FM Indices, a new cross-industry benchmark. In today’s business world, big-data analysis and access to objective information sources are crucial for success. Unfortunately, until now, it has been challenging and costly, if possible at all, to find any reliable benchmarks for operations in social media, cryptocurrencies, Forex and CFDs trading. To get the bigger picture of the FX/CFD industry in chosen countries, contact our Intelligence Department.

Deposits from VN increase since lots of marketing compaigns launched lately, and as a result lots of novice traders lose money and cry for their greeds!