In this scenario price may resume its multi-month bearish trend and may decline to the February 24 low of 583, followed by the yearly low of 5495.

The DAX 30 is, at the time of writing, breaking higher which hints at a potential bullish break to the FTSE 100. The daily correlation over the last six months lies between the two variables at +0.77.

E.U. Industrial production is on tap this morning and might have some impact on the FTSE 100 via the DAX 30. There are no other major data releases on tap today. 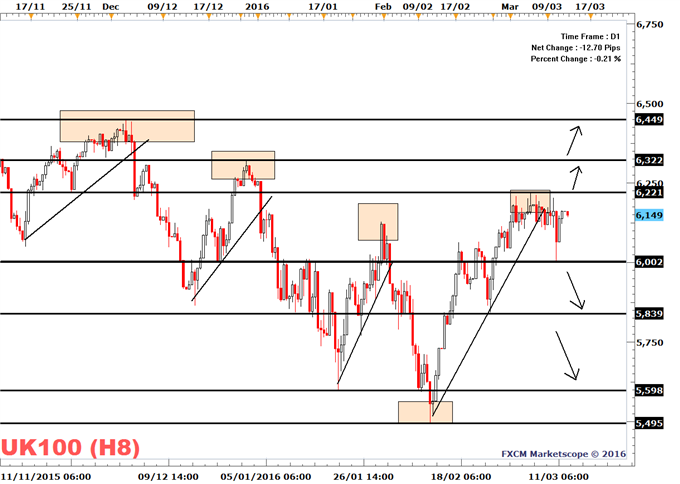