Formula E, the most competitive and exciting electric racing, has officially become the World Championship. At the end of February, world renowned racing teams competed for the victory on the roads of Diriyah.

DRAGON together with its partner InstaForex showed the best results in the past 4 seasons, bringing the Best Start of Formula E title back home.

Today, the DRAGON team and its partners are known worldwide. DRAGON/PENSKE AUTOSPORT, Los Angeles and the UK-based team, became one of the three founders of Formula-Е in 2014.

The first-ever night race became this season’s hallmark. The track in Diriyah was lit up with low consumption LED technology powered by fully renewable energy.

The first racing day was not entirely successful for the team. Sette Camara lost control of his vehicle around Turn 21 and slammed into the wall. The collision led to the rear braking system failure.

Despite the incident, our tandem was able to rise from the ashes and improve the situation. The 22 points DRAGON scored in Saudi Arabia are just three times less than the team’s total score in the first two seasons combined.

In fact, the team earned less points in the entire 2019/20 campaign.

Roman Cepelev, the director for the business development of Instaforex company in Asia, commented on the race: «Team InstaForex is very proud of the high result of the Dragon racing team at the Diriyah Formula E Race.  It was a very challenging race, which I also watched online. My thanks to all the crew members and everyone who was involved in preparing the cars for the race. I am sure we will achieve even better results in the next Formula E race, together with our partners DRAGON/PENSKE AUTOSPORT. 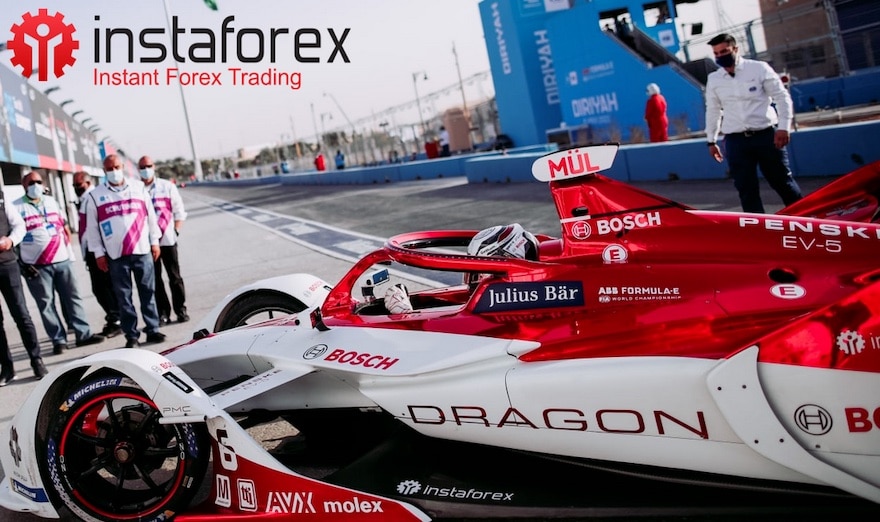 InstaForex provides unique opportunities for those who strive for victory in trading. Everyone can become a part of a big community. Together we can overcome any barriers! 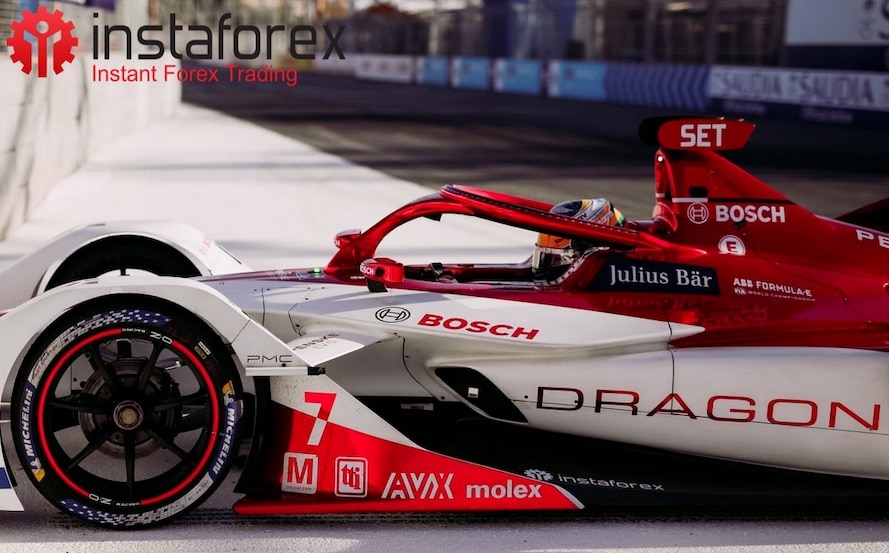 InstaForex is a regulated brokerage company which provides high-tech online trading services in different countries of the world. The number of active traders of the company exceeds 7 million people.

Each client of the brokerage company has access to the online trading of CFDs on currencies, metals, energy resources and other assets, as well as to the marginal trading.

InstaForex is also known for its sponsorship of sport clubs, teams and sportsmen from Eastern Europe and other regions. Modern technologies of online trading accessibility allow clients to be confident about the safety of their investments.