Coinbase said its retail and professional-focused platforms were hit by ‘connectivity issues’, with users reporting difficulty trading and logging into their accounts. The news comes as Bitcoin retraces part of its daily gains after having posted a new record above $35,500 earlier on Wednesday.

Indeed, this is a reoccurrence of a problem that often plagues the US biggest crypto venue whenever bitcoin’s price and volume spike.

According to a company update, Coinbase said the website and mobile apps are not loading, adding that it is “currently investigating the issue,” but no further comment was provided.

We are currently investigating connectivity issues on Coinbase and Coinbase Pro. We’re working to fix this, and we’ll send an update as soon as this issue is resolved. https://t.co/ct3aa6sm5E

Customers voiced their displeasure on Twitter about technical difficulties that hinder activity at Coinbase, as it prevented them from taking advantage of the Bitcoin activity. 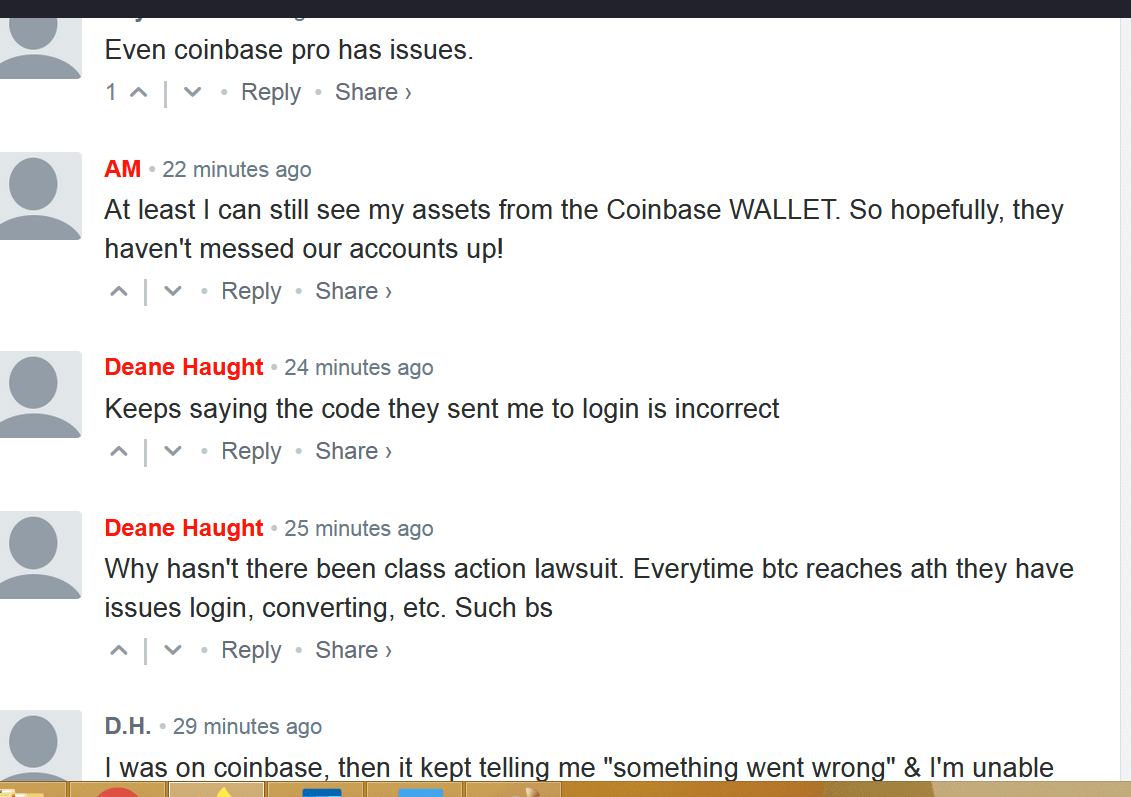 In a separate post at 08:58 PST, California-based exchange said on its website that it had identified the problem and implemented a solution.

Bitcoin rose as much as 3 percent today, having set a new all-time high. However, the No.1 cryptocurrency corrected downwards in the afternoon trades, briefly slamming the brakes on its red-hot rally.

Strictly compliant with regulations, Coinbase, which has around 500 employees and nearly 35 million users, is one of the world’s most popular consumer-facing cryptocurrency platforms.

The San Francisco-based crypto exchange has suffered a number of outages during busy trading periods this year, likely due to a massive selloff by whales and other investors. The most notable incident came in March when the crypto community was gearing up for the bitcoin supply squeeze, known as a halving, which also caused trading to halt.

Additionally, Coinbase users were locked out of their accounts during the outage triggered by the coronavirus crash that wiped more than 20% from bitcoin’s value in less than an hour.

Coinbase users reported being unable to trade during these times of peak Bitcoin volatility at least three times over the course of 2020.

Unfortunately, price surges occur often when traders want to buy and sell the most. In such cases, potential profits can simply disappear when they cannot do anything.

The timing of bitcoin surging and Coinbase going down reminded the community of the 2017 bull market when the crypto exchange could not handle the heightened activity just as bitcoin price hit a peak of nearly $20,000.